Handyman Sentenced to Life in Prison for Murdering His ‘Second Mother,’ Sexually Assaulting Her and Putting Her Body in Septic Tank 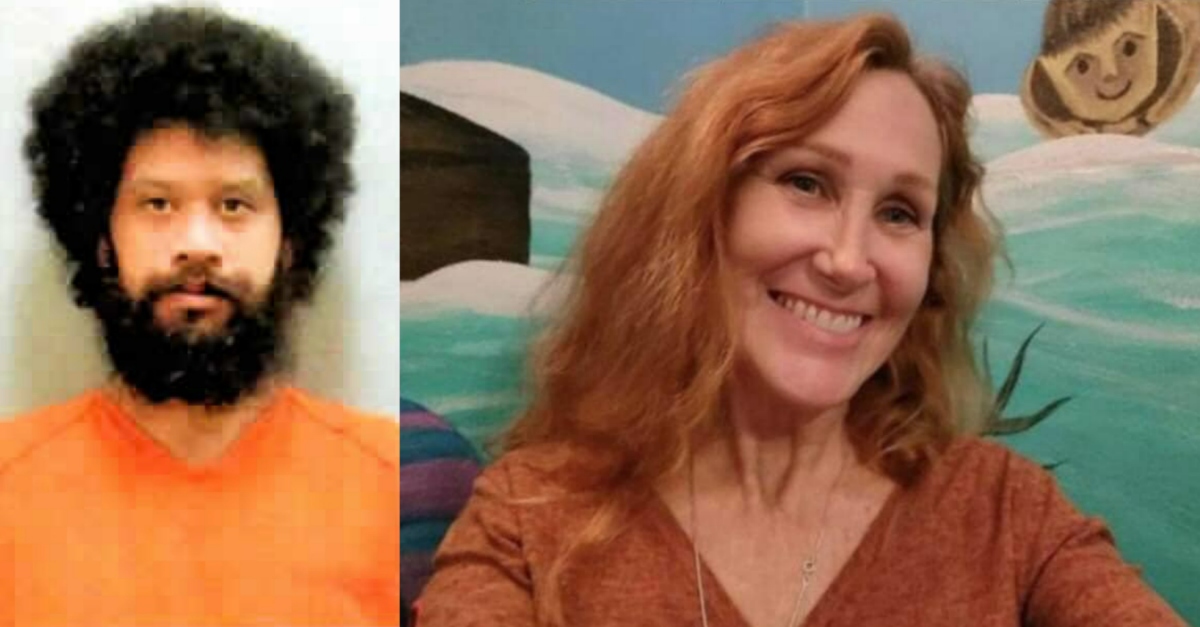 As part of a plea agreement, a man will spend life in prison without parole for murdering and sexually assaulting a woman described in court as his “second mother.” Authorities have previously said that Keoki Hilo Demich, 34, stuffed Cynthia Cole, 57, in a septic tank to hide her body.

Charges were first-degree murder, burglary of an occupied dwelling with an assault or battery, sexual battery involving great force, third-degree grand theft of $5,000 or more but less than $10,000, and grand theft of a motor vehicle.

Cole was last seen alive on Feb. 24, a Thursday, at a “Jammin’ Jensen” event in downtown Jensen Beach, Florida, Martin County deputies said in an arrest affidavit. A friend reported her missing after several days. It was unusual for her to fall out of contact. Cole usually posted on social media every day.

Assistant State Attorney Nita Denton said in court Tuesday that Demich had laid in wait at Cole’s home until she returned home, according to TC Palm.

“When she arrived home he continued to wait and hid in the shower contemplating how he was going to kill her,” she said.

He slammed Cole into a front door, and he sexually battered her when he believed she was unconscious.

“The defendant then moved the victim to the bathroom where he drowned her and then proceeded to sexually abuse her again,” Denton said.

“How does this affect me as a woman?” Cole’s daughter Ashley Bevensee said in court. “I find myself looking behind my shower curtain like I’m a little kid again, looking for monsters under my bed.”

By all accounts, Demich committed an egregious betrayal. Court documents describe Demich as a longtime friend who did work as a handyman for Cole.

Bevensee said that Demich regarded Cole as “like a second mother to him.” The family knew him for years. She cited Christmas cards saying he loved Cole and was grateful she was in his life.

“I will never understand how you do this to someone who you call a second mother,” Bevensee said.

She said that her father died nine years before. Bevensee lamented that if she ever gets married, neither of her parents will see it.

Deputies have said they discovered Cole’s missing vehicle 1.2 miles away from Demich’s home. Surveillance footage showed a man matching his “general physical description walking multiple times towards and away from the area where the victim’s vehicle was located.”

According to deputies, Demich denied that Cole ever paid him online for work, only cash. But Cash App data showed he received a $567.75 transaction at approximately 3:46 a.m. on Feb. 25.

He denied being at her home the night she went missing. But Lyft account data showed he took a ride from his home to hers. The “date of ride” was Feb. 24, at 7:06 p.m. It was the last one in his records, deputies said.

According to authorities, he shifted his story repeatedly when confronted with the truth. For example, he claimed to have been at the “Jammin’ Jensen” event, but walked home. Then he said he took a Lyft to Cole’s home to get money for work, and he walked back home. Then, after denying he drove her car, he said he drove it away from her home, and parked it elsewhere at her request.

“He admitted to lying about the phone,” deputies said in discussing the online payment, “and he stated he lies often.”

The state agreed to stop seeking the death penalty in exchange for the guilty plea. Denton reportedly said prosecutors engaged in this with the family’s acceptance.

“Nowadays the victims have a lot of input as to what they want to see happen,” she said, according to TC Palm. “And so we listened to them, we talked with them and they felt like this was a good plan.”

“He unjustifiably tortured and killed Cynthia Cole, who by all accounts was a wonderful woman with family and friends that love her,” the attorney said in a statement to Law&Crime. “Their love was evident during the sentencing hearing. I commend State Attorney Bakkedahl and his assistants Ms. Denton and Mr. Johnson for agreeing to put an end to this case. By forgoing seeking an execution of Mr. Demich, they saved her loved ones decades of uncertainty during post-conviction litigation, as well as saved many hundreds of thousands of tax-payer dollars.”

Note: We added the full statement from Manship.