GOP Candidate for U.S. Senate Made a False Report About Young Girl Being Abused in Adult Bookstore: Sheriff 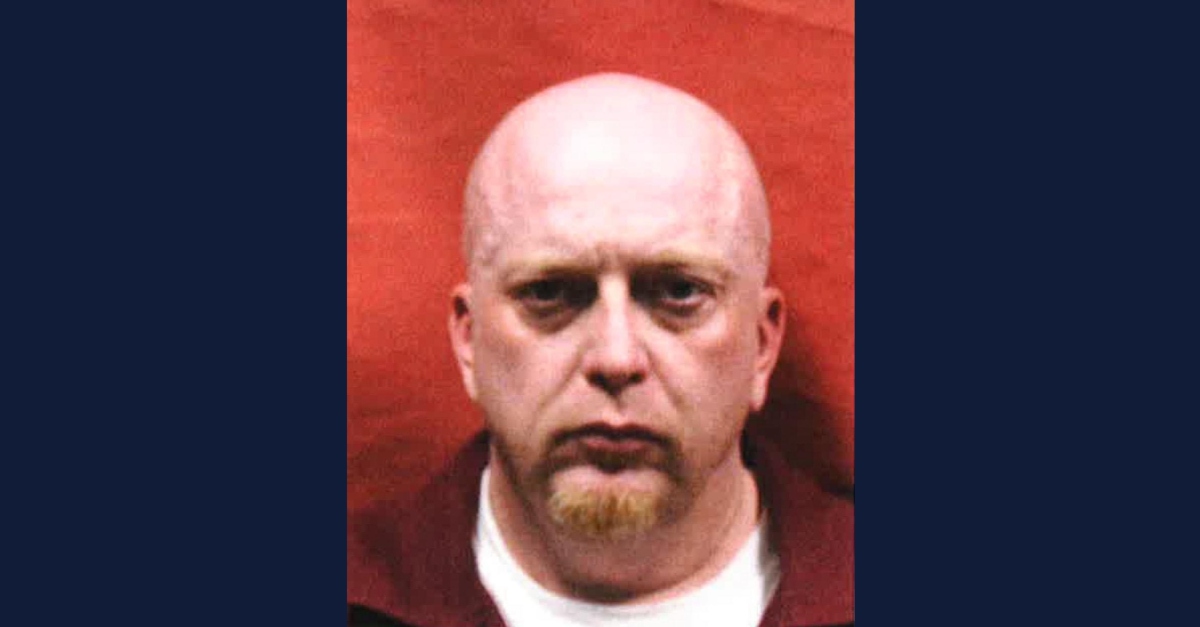 A candidate for the U.S. Senate lied about a young girl being sexually abused, according to the Harford County Sheriff’s Office in Maryland. Ryan Dark White, aka Dr. Jon McGreevey, 54, was arrested Friday on false statement charges, say deputies.

“On April 13, 2022, detectives with the Harford County Sheriff’s Office received information regarding child sex trafficking occurring at an adult bookstore in the 3000 block of Pulaski Highway, Edgewood,” deputies said. “Detectives identified an employee of the business, Ryan Dark White, a.k.a. Dr. Jon McGreevey, 54, a candidate for United States Senate, as the source of the information.”

White (running under the name Jon McGreevey) is among the pool of Republican candidates for U.S. Senate in Maryland. The primary is scheduled for Tuesday.

“The information provided to detectives claimed an older adult male was in the business with a young girl, 10-12 years of age, forcing the child to perform sexual acts on male customers,” deputies said.

But no one who purportedly saw this incident issued a formal report with the sheriff’s office, deputies said.

“Detectives conducted interviews, followed leads, gathered digital evidence, and identified the adult male and juvenile female mentioned in the initial complaint,” deputies said. “On July 7, 2022, detectives interviewed White. The investigation revealed at no time were any sex acts performed or offered by any of the individuals in the establishment as reported by White.”

“​It is shameful that a candidate for public office would make up such a story and use it to further his own political agenda,” Harford County Sheriff Jeffrey R. Gahler said. “It is even more appalling, that another individual, who is running for a law enforcement position, would embrace such an obviously false narrative in an effort to gain political traction – nothing more.”

This swipe is apparently aimed at Andy Kuhl, who is running for Baltimore County sheriff as a Republican.

Kuhl told Law&Crime in an email that in his opinion, this was as political smear campaign against White–who he called McGreevey–ahead of the upcoming primary. In a statement, he called him a credible informant, told Law&Crime he showed up to the July 7 interview unannounced on White’s behalf, and accused detectives of strange behavior, such as messages about there being good news in the case. He told Law&Crime on the phone that he did not respond to those messages.

“Facts: I was not an eye witness to any crime committed,” he wrote in his email. “I facilitated the meeting with Sheriff Gahler, his chief aide Eric Robey, Jon McGreevey, and me in January of this year. The first point of contact was in December of 2021 to setup this meeting. The purpose of the meeting was for Jon McGreevey to inform (with receipts) the Sheriff of crimes documented in his jurisdiction. Investigators were assigned, an investigation was opened, information shared, and no arrests were made relating to this information to my knowledge.  The Sheriff said that the investigation was turned over to federal agents. There could have been more done about this matter at a local level.”

In a video posted to social media, McGreevey reasserted claims of child sexual abuse. He called the new criminal case a smear campaign.

“This is the standard playbook by the deep state and their players,” he said.