‘Go Back to China’: Driver Allegedly Rammed Vehicle into Asian Man, Carrying Him for About ‘200 Yards’ Before Knocking Him into Construction Ditch 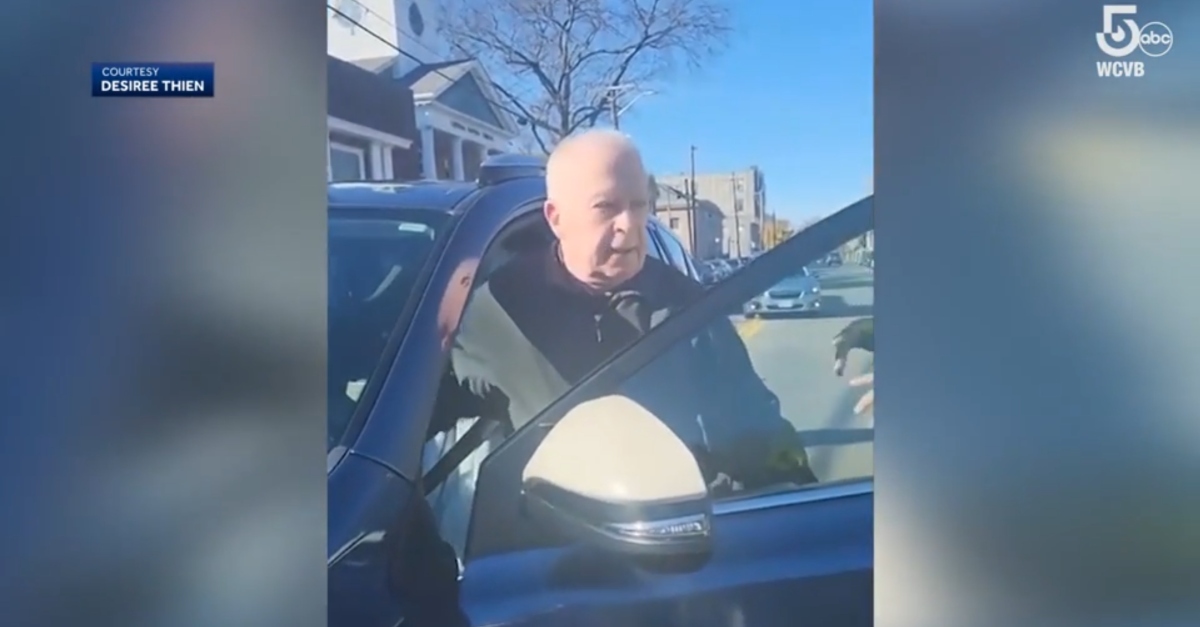 A driver allegedly struck an Asian man with a vehicle, unleashing racist statements against the victim and his family. Authorities identified the suspect as John Sullivan, 77.

The victim’s sister Desiree Thien told outlets that she, her brother, and her three children were outside a post office in Quincy, Massachusetts, on Friday morning when they saw the suspect — Sullivan — speeding. She said her brother discuss the speeding with Sullivan. The 77-year-old allegedly made a racist comment and threatened them.

According to Thien in a WCVB report: “He said, ‘Go back to China. I’m going to go into the post office, come back out in five minutes. If you’re still here, I’m going to kill all of you.'”

She and her brother were collecting the man’s vehicle information. Sullivan stepped out of the post office and returned to his vehicle. That’s when things allegedly escalated in dangerous fashion.

“He rammed into my brother,” Thien reportedly said. “My brother rolled onto the hood and he clung onto the hood. He went for about a good 200 yards, then he brakes so my brother fell off. When [my brother] was trying to balance, [Sullivan] hit my brother again, continuing his racial slurs.”

“My brother pushed me aside and then the car hit him,” she told WFXT.  “He went rolling onto the hood. Sullivan abruptly stopped on the break. He fell down and was trying to balance when Sullivan threw racial slurs at him again and he said ‘I am going to kill you’ and he rammed into my brother again which sent him flying into the construction ditch.”

“His adrenaline was running so I don’t think he felt the pain,” Thien said of her brother. “He was more angry that this was happening to me and to him and he was frustrated that it was happening in front of his nieces and nephews.”

Sullivan pleaded not guilty to charges. He is held without bail, pending the results of a dangerousness hearing set for Dec. 7, according to The Patriot Ledger.

[Screenshot via Desiree Thien by way of WCVB]