Former Youth Pastor Sentenced to Life for Murdering and Dismembering 16-Year-Old Boy, Then Putting His Torso by Gas Station Dumpster 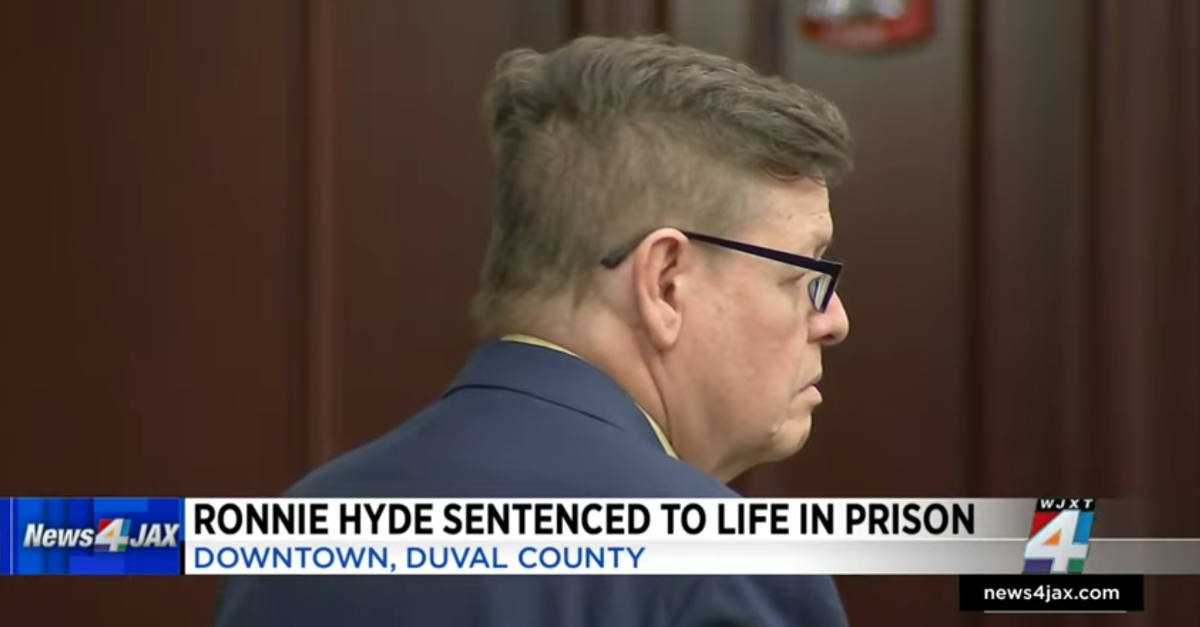 A former youth pastor was convicted Friday of murdering a 16-year-old boy. Authorities say Ronnie Leon Hyde, who was 38 when the crime took place, dismembered Fred Paul Laster, 16, and put his torso behind the dumpster of a gas station. The remains were found on June 5, 1994, but investigators could not identify him until two decades later, when Fred’s twin sister suggested to the National Center for Missing and Exploited Children that the torso might belong to her brother.

Hyde, now 65, took the stand in his own defense. Attorney Ann Finnell asked him during direct examination on Thursday if he would ever harm “that child,” according to WJXX/WTLV.

But authorities said a flannel shirt found with the body had Hyde’s DNA on it.

“Additional evidence found at the scene included a red long-sleeved flannel shirt with blood stains; two knives and decorative non-slip bath t[u]b appliques wrapped in a blood-soaked egg crate-style mattress topper; and orange gloves with stains,” said the Office of the State Attorney for the Fourth Judicial Circuit. “A witness at the time observed a charcoal-colored sports car backed up to the dumpster that morning prior to the gas station opening.”

He owned a Camaro at the time of the murder, authorities said.

Hyde met the boy in the mid-1980s and formed a relationship with his family, according to prosecutors. He also served as a foster father to him and two siblings, according to The Florida Times-Union.

An FBI agent testified at the murder trial that Hyde’s home was so full of trash they could not follow the typical protocol for collecting evidence.

“I’m a bit embarrassed about that,” Hyde testified, chuckling regarding pictures of his home, according to WJXX/WTLV. “If I knew you all were coming over, I would’ve cleaned up a bit.”

He received a mandatory life sentence with time served for 1,851 days.