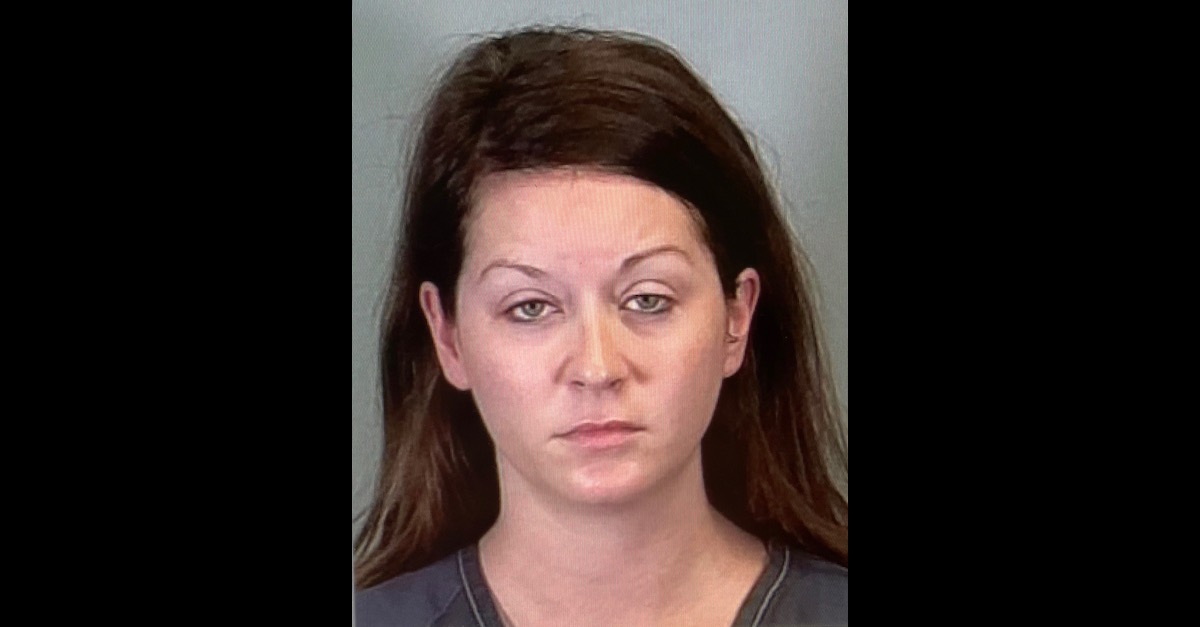 A former teacher at a pricey Florida private school for athletes is facing sex crimes charges after staff at her school alerted authorities “about a possible sexual relationship between a teacher and an underage student.”

According to the Manatee County Sheriff’s Office, Taylor J. Anderson, 38, is charged with sexual battery by custodial authority, traveling to meet a minor, and transmission of harmful material to a minor. She was a teacher at IMG Academy, a boarding school for student athletes which bills itself as “the world’s most prestigious sports, performance and educational institution.” Many alumni have gone on to play professional sports.

“IMG administration had overheard rumors about an unlawful relationship and quickly confronted that student to confirm whether the rumors were true,” the sheriff’s office said in a news release. “The student admitted to having a sex with Taylor Anderson, a teacher at IMG. She was not allowed back on the campus by IMG staff, and was terminated a short time later.”

The sheriff’s office says an investigation revealed that Anderson was talking with the student “via direct messages, social media and texts over a period of several weeks.”

The 38-year-old teacher refused to talk with detectives and invoked her right to seek legal counsel. Search warrants were written for her residence, her vehicle and her cell phone. Evidence was located as a result of the search warrants. That evidence along with the statements made by the student and data obtained from the student’s cell phone were used to develop three arrest warrants on the above listed charges.

Then sheriff’s office says deputies tried to arrest Anderson at her residence but were unable to find her.

“Her attorney was contacted and updated on the charges,” the sheriff’s office continued.  “After several days of evading deputies, including a brief trip out of state, Anderson turned herself in.”

The sheriff’s office said its investigation was ongoing and that Anderson was booked into the Manatee County Jail as of Monday evening.  Jail records reviewed by Law&Crime on Tuesday do not indicate that Anderson is in custody.

IMG reiterated that it quickly suspended the sexual battery suspect in a statement to the New York Post.

“We terminated Ms. Anderson’s employment the following day,” the statement said. “Given there is an active law enforcement investigation, we are unable to share additional details at this time. Our focus is now on providing support for our student and his family.”

The school identified the victim as a male.

A Manatee County, Fla. court docket reviewed early Tuesday evening by Law&Crime did not contain any information pertaining to Anderson.

Because no court record has been made public, it is unclear who is representing Anderson; therefore, Law&Crime could not reach her attorney for comment.