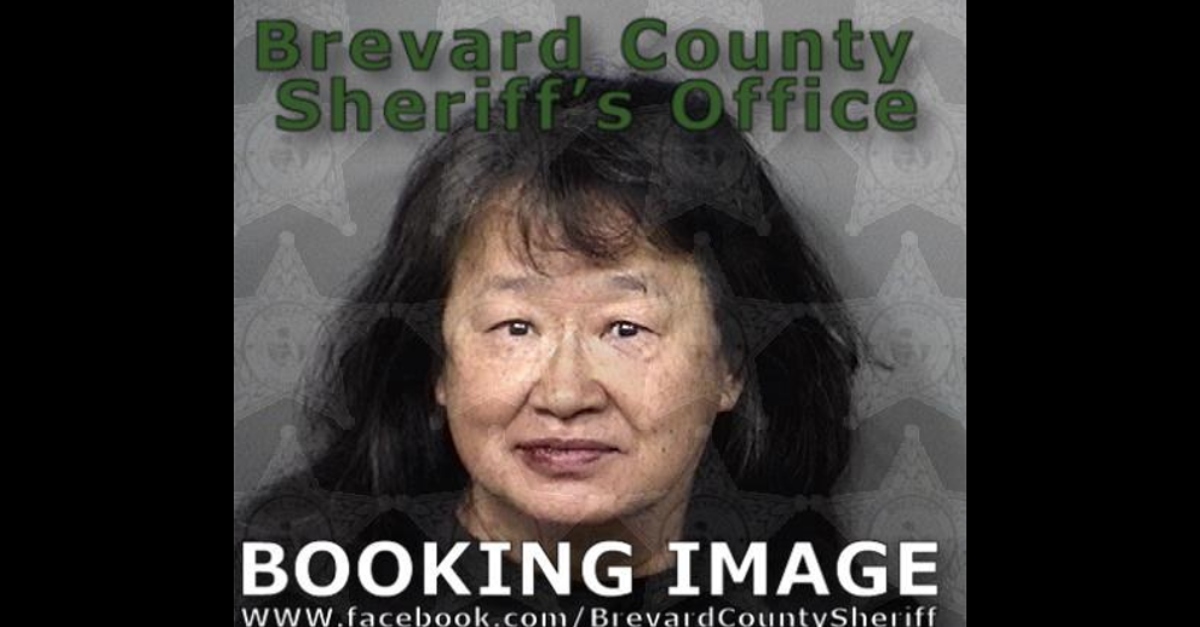 A woman stabbed two people and pushed their elderly mother in a spat over leaves, according to cops in Palm Bay, Florida. Kyong Sil Moulton, 66, allegedly claimed the man punched her, and his sister repeatedly slapped her, but surveillance footage allegedly showed Moulton was the aggressor while the man tried to back away as the women struggled. Officers did not say anything about seeing a punch.

Cops said this landed on their radar Sunday with a report of two stabbing victims. They arrived to find the man suffering a stab wound to his left arm, while his sister had a stab wound to her leg. They were taken to the Palm Bay Community Hospital with non-life threatening injuries.

When cops got to talking with Moulton, she allegedly said she returned home to find leaves on her front lawn. She assumed her neighbors put it there, so she grabbed her leaf blower and put them back onto their yard.

“This led into a dispute between her and the tenants,” authorities wrote.

She claimed the brother punched her in the face, and the sister repeatedly slapped her.

“Moulton denied stabbing anyone with a knife,” authorities said.

That family’s home had a security camera, however, and it apparently showed Moulton blowing leaves from her hard onto their front lawn. The brother, sister, and the mother confronted her, and there was an argument. Moulton said pushed the brother first in the chest, and the sister then pushed her. The women struggled with one another, as the brother tried to distance himself, and Moulton appeared to chase him outside of the camera range. The mom fell to the ground, apparently pushed.

“The push occurred outside of camera view,” cops said. “The stabbing was not captured on surveillance.”

Officers said they did not recover the knife from the scene.

According to cops, the man said he saw Moulton blowing leaves onto his lawn. He argued with her. His 87-year-old mother joined him. Moulton allegedly slapped his sister in the face, and the women struggled.

In this version of events, Moulton stabbed the man in the left arm, though he said he did not see the knife.

The sister allegedly did, however, saying that Moulton pulled out a steak knife and stabbed her in the left leg.

Both siblings said that Moulton pushed their 87-year-old mother to the ground.

Moulton is charged with two counts of aggravated battery with a deadly weapon and one count of battery of a person of 65 or older. He had an initial appearance on Monday and is scheduled for an arraignment to take place March 8. Online records show she is represented by the local public defender’s office.