Florida Woman Stabbed Her Housemates and Went Shopping After She Thought They Died: Deputies 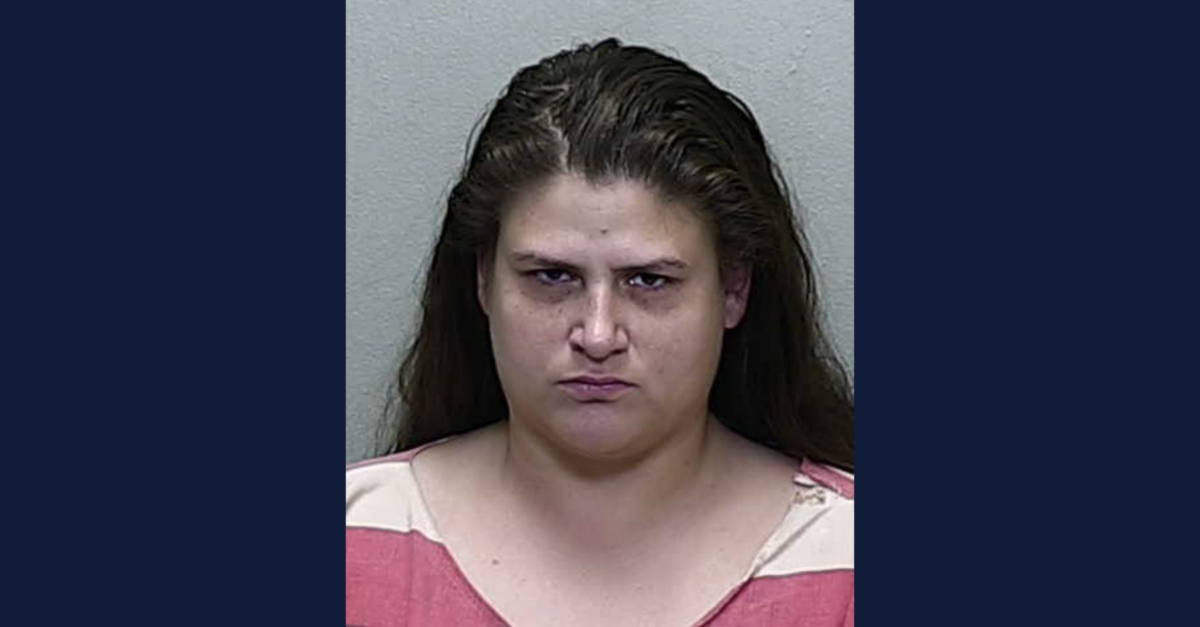 A Florida woman stabbed her two housemates after one of them told her to move out, said the Marion County Sheriff’s Office in Florida.

Christina Anne Adams, 30, allegedly said she then went on a planned trip with someone else to shop at a Publix grocery store. The victims survived, however, and this resulted in her capture, deputies said.

Deputies said the case landed on their radar Friday at approximately 8:03 a.m., when a man called 911 to say he had been stabbed, according to a press release and probable cause affidavit. Deputies arrived to find two people stabbed at the scene. One of them, identified in the partially redacted document as Victim 1, said Adams committed the crime and fled. He sustained multiple puncture wounds but managed to talk. Victim 2, however, was unconscious and had shallow breathing from a stab wound to the chest, authorities said. Authorities described these as “significant injuries,” with Victim 1 suffering blood loss and punctures to his heart. Victim 2 was taken to the intensive care unit after surgery.

The victims were both in critical condition. Marion County Sheriff’s spokesman Lt. Paul Bloom told Law&Crime on Monday morning that he had no updates on their condition.

Deputies said they found Adams nearby the home in her gray 2017 Hyundai Santa Fe with another person. This other person, identified only as a woman, said she communicated with Adams through Facebook messenger that morning but said there was no mention of an incident between Christina and the victims. Arriving at Publix through separate means, they went on a planned shopping trip, then left in Adams’ Hyundai, the woman allegedly said.

“She advised that they were on their way to the defendant’s residence when they were pulled over by deputies,” she said in the affidavit. Adams appeared “normal” during their time together and did not mention having any altercation earlier in the morning, she said.

As for Adams, she allegedly denied wrongdoing at first. She told investigators she woke up at 5:30 a.m., did chores like laundry and cleaning litter boxes, and then she watched a movie and played games until the other person arrived and they went to Publix.

“When the defendant was questioned about events around the timeframe of the stabbing, she paused for extended time and became confused with the order of events,” deputies said. “The defendant never asked why she was being detained or being questioned during the time I was in the room with her.”

Authorities described her statement of events as being contradictory to the other person’s. Adams was confronted with evidence she committed the attack. She allegedly said she wanted to, in her words, “drop the bullshit,” and described being abused as a child by a person whose identity is redacted from the affidavit.

The violence stemmed from a dispute over Adams’ converted studio apartment, which was just off the main residence of the victim home, authorities said. About two months ago, Victim 1 told her she was going to have to move out of the home because another person was going to move into her apartment, deputies said.

Adams allegedly claimed that on the morning of the attack, she asked Victim 2 for access to the main residence to wash clothes. Victim 1 told her that she would need to move out of the home by the next day, she allegedly said. According to deputies, Adams said she remembered nodding and then leaving for her apartment. Adams allegedly said she changed her clothes there, including putting on gloves and shoe covers, before grabbing what she described as a “taser pen” and a 9-inch knife.

Adams returned to the main residence, where she shocked Victim 1 from behind with the taser pen and stabbed him, she said in the affidavit.

Adams allegedly said that after the man staggered out of the computer room and down the hallway, slumping over the back of the living room couch, she believed they were dead and she did not attempt to get medical help for them. She put the clothes she was wearing into the washing machine, put extra soap during the cycle. She allegedly put the knife into a bucket containing bleach and water to wash it, then placed the knife in a plastic bag inside her vehicle. She allegedly put her “taser pen” back in her apartment.

But Adams allegedly said that though she planned on moving the clothes to the dryer on her return from Publix, she had no plan on what to do with the bodies.

She remains at the Marion County Jail on two counts of attempted murder in the first degree, and one count of tampering with evidence, records show. Court records are not available to show if she has an attorney in this matter.