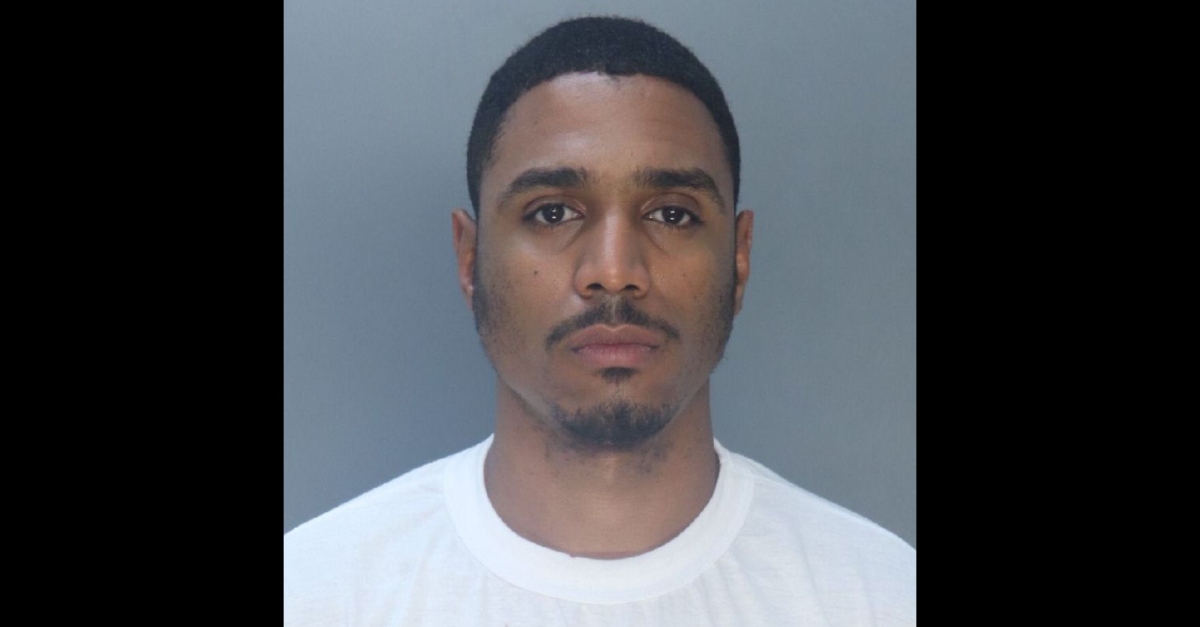 A real estate agent in Florida hunted down homeless men, according to authorities out of Miami. Officials call Willy Suarez Maceo, 25, a serial killer. He was originally arrested in December for only the attempted murder charge, but officials announced their updated case to include two counts of first-degree murder on Friday.

His alleged M.O. was to roll through the city in his black Dodge Charger, attacking nearby victims. Footage showed him back on Oct. 16 parking his vehicle near where he fatally stabbed a man in downtown Miami, authorities said in a WSVN report. Surveillance video showed him walking toward the murder scene and two minutes later running away from it, officials said.

“You will see him now coming back, running away from the scene, and again he’s captured on the security camera there,” Miami-Dade State Attorney Katherine Fernandez Rundle said.

HAPPENING NOW: Press Conference in my office with @MiamiMayor @MoralesMiamiPD @AAguilarMPD & @ATFmiami to announce the arrest & charging of Willy Suarez Maceo in the night-time murders of 2 homeless men & the attempted murder of a 3rd homeless man, all @CityofMiami. pic.twitter.com/rThsW12Nw3

Then, on Dec. 21, he allegedly injured a homeless man, shooting him with a 9mm handgun. Later that day, he allegedly rolled up on a sleeping man and fatally opened fire on him from the vehicle with the same gun. Investigators claim that casings from both incidents matched each other.

Authorities said they were able to soon arrest him because they managed to get his license plate from the footage. They found him with the gun, they said.