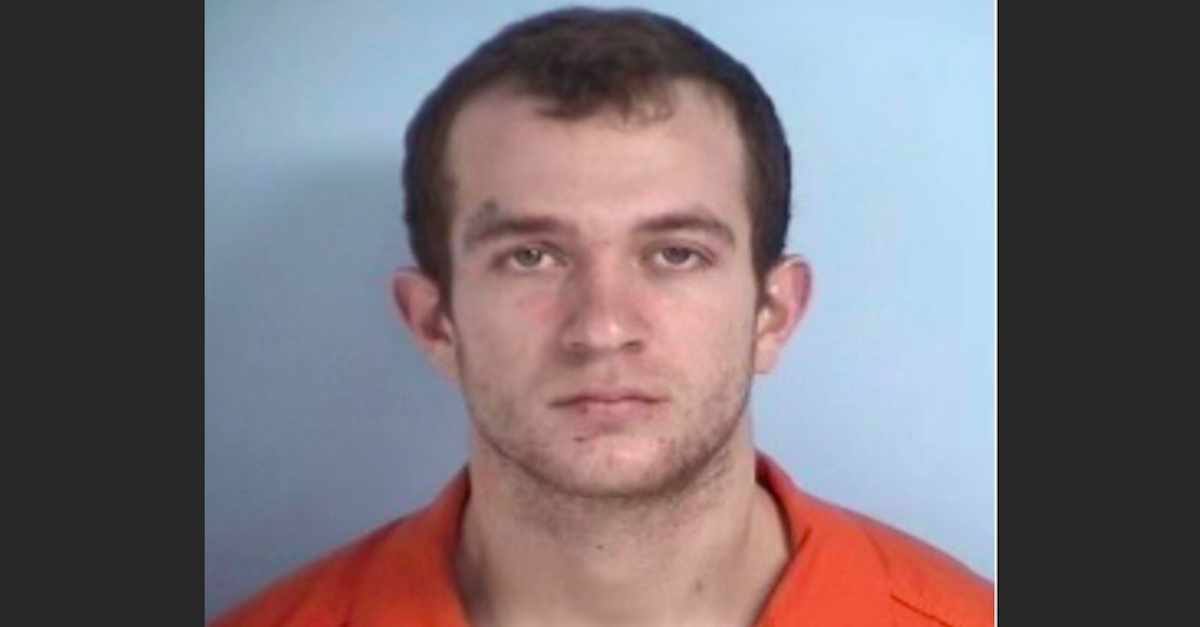 A Florida man who was wanted for allegedly kidnapping two 16-year-old girls and murdering an 80-year-old man during a carjacking over the weekend was killed following a brief but brutal shootout with police early Monday morning, multiple local news outlets reported.

According to reports, deputies with the Escambia County Sheriff’s Office shot and killed Johnny Ray Kirk, 22, at approximately 2:45 a.m. Monday.

Escambia County Sheriff Chip Simmons said that Kirk and another man named Michael Allen Lawson were riding as passengers in a white Ford Escape being driven by an unidentified female when deputies ordered the vehicle to pull over. Immediately after the vehicle stopped, Kirk “jumped out” and began “firing as fast as he possibly could, trying to kill as many people as he could,” Simmons said, per a report from the Pensacola News Journal.

“I think what you have here is an individual who did not care about life. He did not care what his victims were like. He did not care that they were 16-year-olds. He brought a gun with him to coerce them into taking him to Crestview, but he wasn’t finished,” Simmons told reporters during a Monday afternoon press conference. “He decided to commit the senseless act of murdering an 80-year-old man and stealing his truck as his next venture.”

Kirk was taken to a nearby hospital where he was pronounced dead. Multiple outlets reported that he fired at least 10 rounds at officers before he was hit twice by deputies.

Simmons, who released body camera footage of the fatal shooting, said Kirk came to Escambia County “seeking refuge,” adding that “he didn’t get it.”

The unidentified female driver was taken into custody but had not been formally charged as of Monday evening. Authorities are still searching for Lawson, who was able to flee the scene during the mayhem.

“Near where the car was stopped, there is a large wooded swampy area, and we believe that he fled into that area,” Simmons said. “For the last several hours, we’ve been out there trying to track him, trying to find him.”

Local CBS-affiliated news outlet WKRG reported that Kirk on Saturday allegedly held two 16-year-old girls in Walton County at gunpoint and forced them to drive him to a motel in Crestview, approximately 35 miles away. After arriving at the motel, Kirk allegedly shot and killed an 80-year-old man in order to steal his truck.

“It was an 80 year old man, an innocent man, that was just at a park where he liked to go and eat lunch and it was a terrible, tragic even that his family has to endure because of a violent act of an individual,” Okaloosa County Sheriff Eric Aden said during the press conference.

Aden also noted that Kirk was found after a tip came in late Sunday night. He thanked the public for staying engaged with the case and sharing information that led deputies to Kirk.

“I’m also exceptionally grateful to the local community for its concern and involvement in helping to share information and publicize Kirk’s photograph while the search was underway,” Arden said. “Five posts on the OCSO Facebook page in reference to the case had nearly 6000 shares in less than 48 hours, an incredible show of community support. We received many tips as a result.”

Law enforcement authorities have asked anyone with information on the whereabouts of Lawson to please call the sheriff’s office at 850-436-9620 or Crime Stoppers at 850-433-7867.

Watch the 25-second body camera footage of the shootout below.