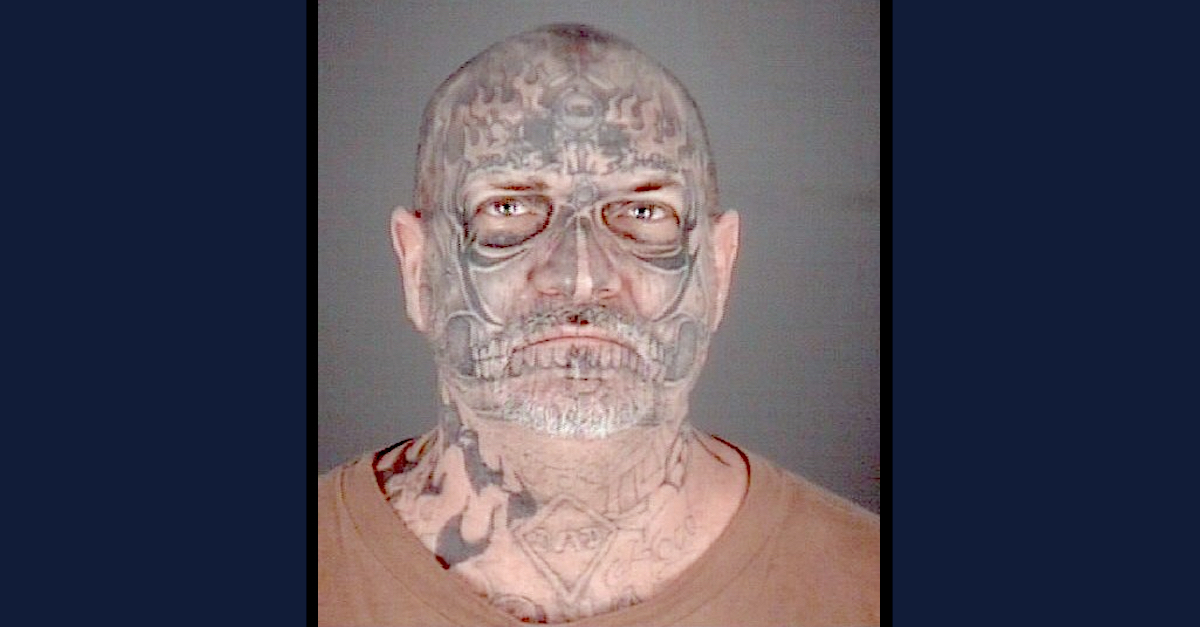 A 55-year-old man in Florida whose face is nearly covered in tattoos will spend the rest of his life behind bars for beating another man to death with a baseball bat more than 20 years ago. A state judge on Friday ordered Randy Petersilge to serve a sentence of life in prison without the possibility of parole for the 2001 slaying of Simon Clarke, authorities announced on Wednesday.

According to a press release from the New Port Rickey Police Department, officers on Nov. 28, 2001 responded to a 911 call about a death at a home located in the 4700 block of Sanctuary Drive. Upon arriving at the scene, investigators discovered the lifeless body of an adult male inside of the room of an apartment complex that was under construction. The victim was later identified as Clarke.

An autopsy performed by the medical examiner’s office determined that Clarke’s death was a homicide and that the manner of death was “multiple blunt force trauma” injuries to the face and chest.

“Detectives at the time conducted several interviews with potential witnesses and identified a person of interest,” police said in the press release. “The murder weapon was located; however, the processing of the object did not reveal any leads. No arrests were made, and the case went ‘cold’ in 2004.”

According to a court documents obtained by Law&Crime, investigators quickly pegged Petersilge as a “person of interest” in Clarke’s death but failed to obtain sufficient evidence for an arrest. 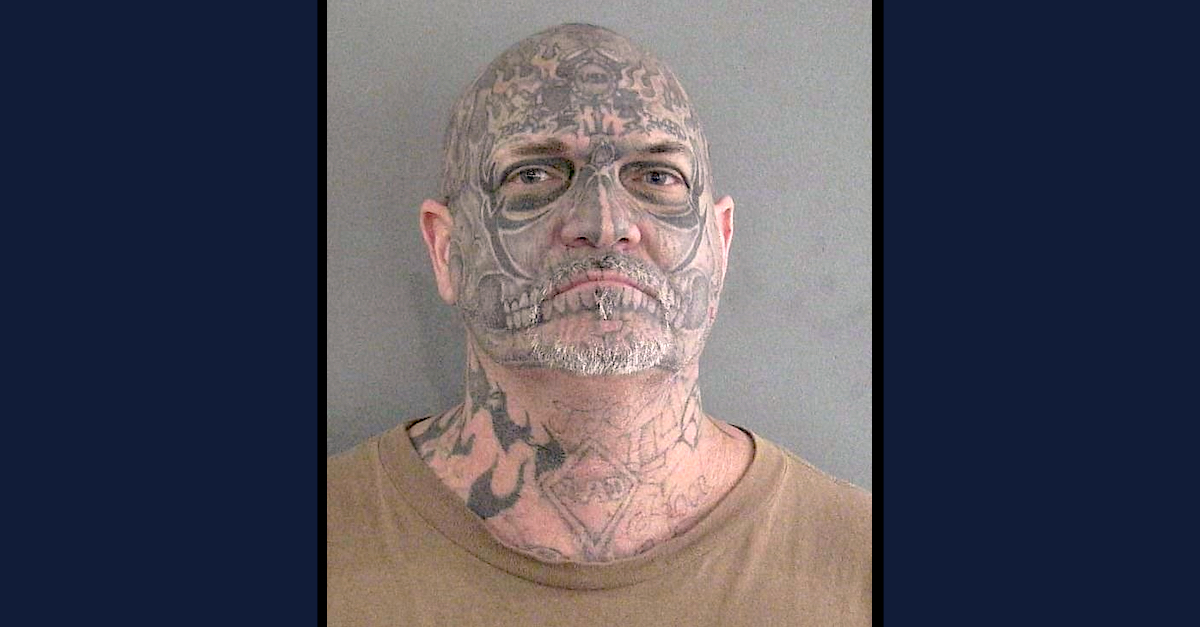 Petersilge in 2015 was convicted on the charge of being a felon in possession of a firearm and was ordered to serve 42 months in a federal prison. While he was incarcerated, New Port Richey Police Detectives in May 2016 reopened the case into Clarke’s death.

Investigators reinterviewed multiple witnesses who they say provided additional details on their recollection of events surrounding the killing. Police said an additional witness who was present during the homicide was also identified.

Court documents state that a man named Jason Azevedo approached investigators and said that he “was present when Randy Petersilge struck Simon Clarke with a bat, causing his death.” Azevedo further told the investigator that he would participate in the prosecution of Petersilge because he had “been living with the memories of the incident since its occurrence,” documents state.

Azevedo claimed he was initially afraid to come forward because Petersilge forced also him to hit Clarke with the bat.

Another witness, Denise Sanders, allegedly corroborated Azevedo’s story. Sanders allegedly said that she spoke with Petersilge after the murder and said that he confessed to committing murder. She further claimed that Azevedo “wouldn’t be able to testify against Randy Petersilge because he made Jason Azevedo strike the victim with a bat as well,” according to court documents.

Sanders was the general contractor hired to perform construction on the home of Clarke’s friend and business partner in 2001 and Petersilge’s boyfriend. After a few months, an engineer informed Clarke’s friend that Sanders had charged him more than $300,000 for approximately $120,000 of work. Clarke’s friend was in England at the time and asked Clarke to inform Sanders that she would not be receiving any additional funds.

When Sanders informed Petersilge that no more money was going to be paid, he allegedly “went into the residence with Azevedo carrying a baseball bat and beat Simon Clarke to death,” documents state.

Investigators say they discovered that Sanders was defrauding Clarke’s friend and using the money to purchase narcotics, noting that both Petersilge and Azevedo had a history of drug-related offenses. NPRPD detectives said that Clarke’s friend’s “refusal to pay additional monies was Petersilge’s motive in the homicide.”

Armed with the testimony of the new witness, the case was brought to the Pasco County State Attorney’s Office. Prosecutors in 2018 presented the case to a grand jury which subsequently returned an indictment against Petersilge on the charge of first-degree murder.

Petersilge pleaded not guilty. The case went to trial earlier this month and the jury convicted him of murdering Clarke.