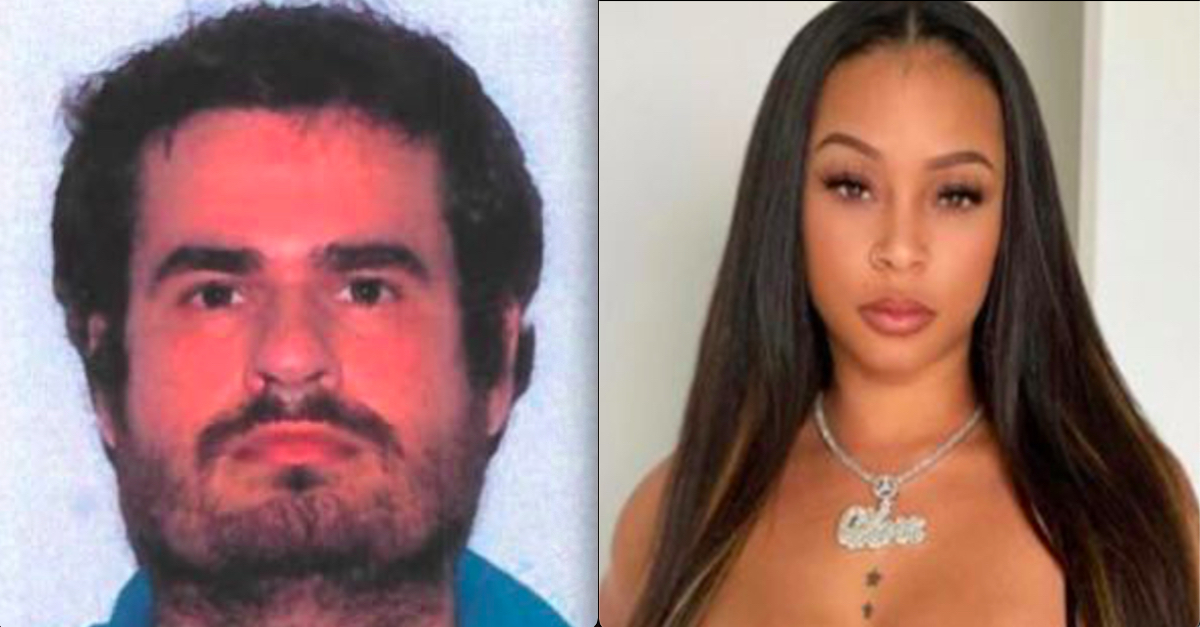 According to a press release from the Richmond Police Department, Gagnier, known to her 2.6 million Instagram followers as Miss Mercedes Morr, is believed to have been assaulted and murdered by Kevin Alexander Accorto.

Gagnier’s family on Sunday reportedly contacted Richmond PD and requested that officers perform a wellness check on the model’s residence in the Cortland Apartments located at the 5200 block of West Point Circle at approximately 3:48 p.m.. The officers who responded to the call entered Gagnier’s home and found her dead. A second body was then found inside the residence and police began investigating the deaths as a murder-suicide.

Police have not determined what may have motivated Accorto to kill Gagnier, but investigators emphasized that “it is NOT believed that there was a relationship” between the two prior to the alleged murder-suicide

In an email to Law&Crime, Richmond Police Public Information Officer Lieutenant Lowell Neinast said that the department could not provide any additional information on the case because the investigation into the circumstances of Gagnier’s death was still ongoing.

An autopsy performed by the Fort Bend County Medical Examiner’s Office determined that Gagnier’s death was a homicide and the cause of death was “strangulation and traumatic concussion,” according to a report from The Associated Press.  The medical examiner’s office did not immediately respond to an email from Law&Crime seeking details about Accorto’s cause of death.

In a statement to multiple news agencies on Sunday, Gagnier’s father, Mark Gagnier, said that he broke into his daughter’s apartment and found her lifeless body before the police arrived. He said he had grown concerned after not hearing from his daughter and being unable to reach her on the phone all weekend.

“I know my daughter and when I got to my daughter’s house and it was locked up and she’s not answering my phone call, which is not like her, I knew something was up. So I didn’t hesitate to kick the door down. What I saw, I wouldn’t want any parent to go through,” he said. “I walk in and Jenae’s on the floor, and her clothes are all torn up and stuff.”

Gagnier’s father also said that after he found his daughter’s body at the bottom of her staircase, he found that Accorto was in the apartment and still alive after suffering an apparent self-inflicted knife wound.

“I go upstairs, guy upstairs with a knife in him, still alive,” Mark Gagnier said.

In an interview with local ABC-affiliated news station KTRK-TV, Gagnier added that he saw “rambling scribbles” on the walls inside the apartment.

Mark and Jenae’s mother, Jeanetta Grover, said they believe Accorto was a deranged fan who became obsessed with their daughter on Instagram.

“Unfortunately, someone basically was stalking, and killed my baby,” Grover said.

Field Ledford, one of Gagnier’s neighbors in the Cortland Apartments told KTRK that the complex was typically a very safe area.

“It would be kind of surprising to know that this was an intruder, someone that broke into the house because I wouldn’t think that would happen here,” Ledford told the station.

Police asked that anyone with additional information concerning Gagnier’s death contact the department at 281-342-2849.