Florida Man Claimed to Steal Car in ‘Good Faith’ Before Train Flung It at Nearby Home: Deputies 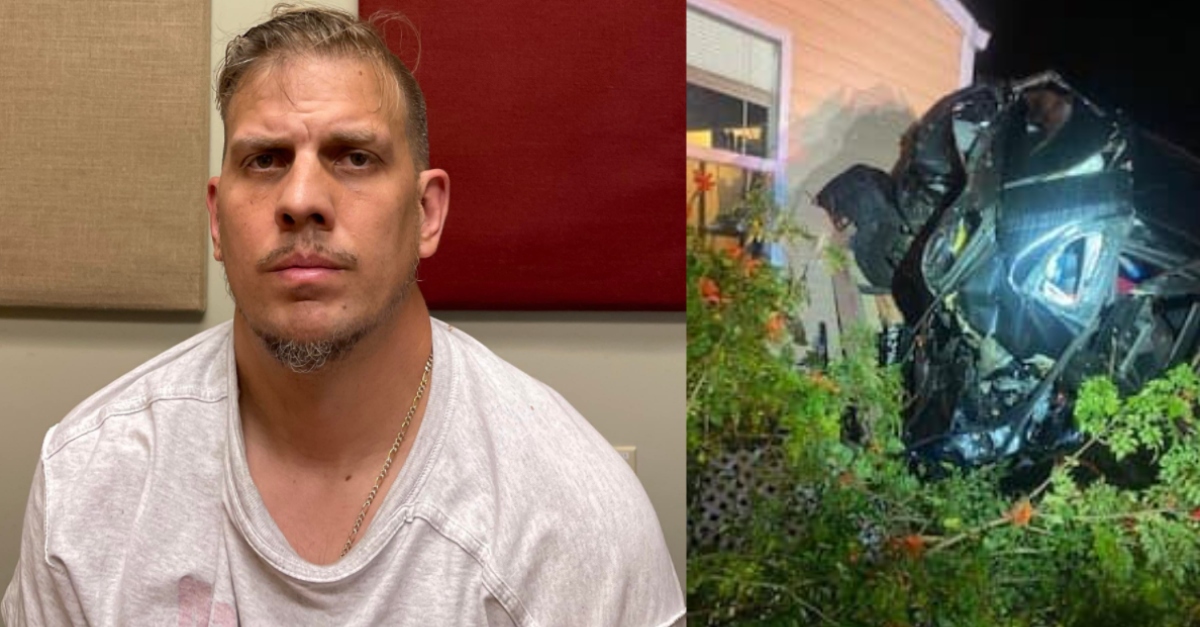 Bradford Weitzel, and the car he allegedly stole.

A Florida man allegedly stole a car, leading to a rather dangerous “train” of events. Bradford Weitzel, 38, was arrested early Saturday for grand theft and criminal mischief, according to the Martin County Sheriff’s Office. More charges are expected, they said.

Deputies say he claimed he could not find his own car after leaving a local bar, so he resorted to stealing another one in “good faith.”

“38-year old Bradford Weitzel, of Port St. Lucie, told Martin County Sheriff’s Detectives that he couldn’t find his car after leaving a Martin County bar early this morning, so he stole one in a good faith effort to locate his own,” authorities said. “He said he somehow ended up on the train tracks along Indian River Drive.”

Weitzel allegedly claimed that the car stopped dead on the tracks right as a train was coming so in this account, he got out and ran.

“Within seconds, the train hit the car, catapulting it into a nearby home where the homeowners were sound asleep,” authorities said. “Fortunately, they were not physically injured, although the explosive sound of a driverless car smashing into the side of their home was clearly jolting.”

That alone would make a pretty memorable Saturday morning, but Weitzel allegedly vandalized a nearby fruit stand and attempted to steal a forklift.

“In the end, Weitzel said he thought it was best to flag down the responding deputies to let them know he was still looking for his car,” deputies said.

Online records are not available for this case, so it is unclear if Weitzel has an attorney in this matter.