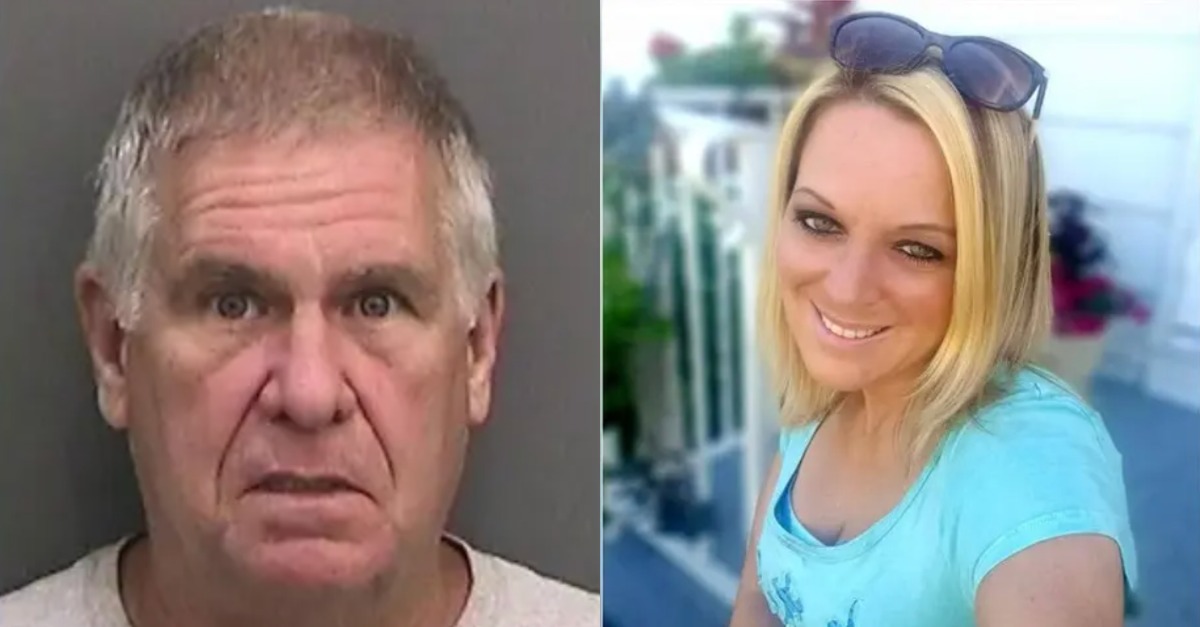 A Florida man has been arrested in connection with the disappearance and death of a Pennsylvania woman whose tattooed leg was found by a fisherman in a bay earlier this month.

Robert Kessler, 69, stands accused of murder in the second degree and abuse of a human body for allegedly killing and dismembering 47-year-old Stephanie Crone-Overholts. The defendant was already in custody on drug-related charges when he was hit with the additional counts following a quick investigation by the Tampa Police Department, according to local Fox affiliate WTVT.

The victim’s leg was spotted by an angler working off McKay Bay, due south of downtown Tampa, on Nov. 11. At the time, police simply noted what had been discovered was a “body part . . . of human origin.” Another fisherman found additional body parts the next day.

Disturbing as it was, the leg offered a key clue: a traditional red heart tattoo with three names — Sean, Zach, and Greg — on the blue ribbon.

Hailing from Erie, Pa.., Crone-Overholts’s mother reported her missing to local authorities there the same day her daughter’s leg was found. Police in Florida shared the image, which went viral online and eventually led to the identification of the deceased’s remains.

“This has been a living nightmare,” Sean Overholts said in a statement obtained by Miami CBS affiliate WFOR. “It is unimaginable what she went through. My mother will be deeply missed.”

During a press conference on Wednesday, TPD Interim Chief Ruben Delgado said the woman and her alleged killer had been living together after meeting at a restaurant. Their relationship was unclear, and a motive has not been speculated on by authorities.

Kessler has denied responsibility for the killing.

According to Erie Police Chief Dan Spizarny, Crone-Overholts had recently moved to Florida. In the days leading up to her death, the victim’s mother received a message saying her daughter needed help. But that message was otherwise unclear, WTVT reports.

According to the Tampa Bay Times, police are unsure of when, exactly, Crone-Overholts was killed and dismembered or when her body parts were dumped into the bay.

Delgado said the department’s investigation led them to Kessler, who was interviewed on Nov. 14. During that interview, the defendant allegedly told police that Crone-Overholts had been staying in his house after the two met at a McDonalds because she was living in her car at the time. She had moved out weeks earlier, the suspect allegedly told police, and he insisted he didn’t know where she went.

“While no one involved has been identified, investigators believe the car may be involved in the case involving the body parts located in McKay Bay,” the TPD said at the time.

Police later determined Kessler’s story to be less than truthful after a search allegedly turned up the woman’s blood in both his home and van.

The television show “Inside Edition” reports that a Facebook account attributed to Crone-Overholts expressed some trepidatious optimism about her recent move to the Sunshine State.

“Life can change so quickly and you can lose yourself,” she wrote. “I want to find me again ❤”

[images via the Tampa Police Department]