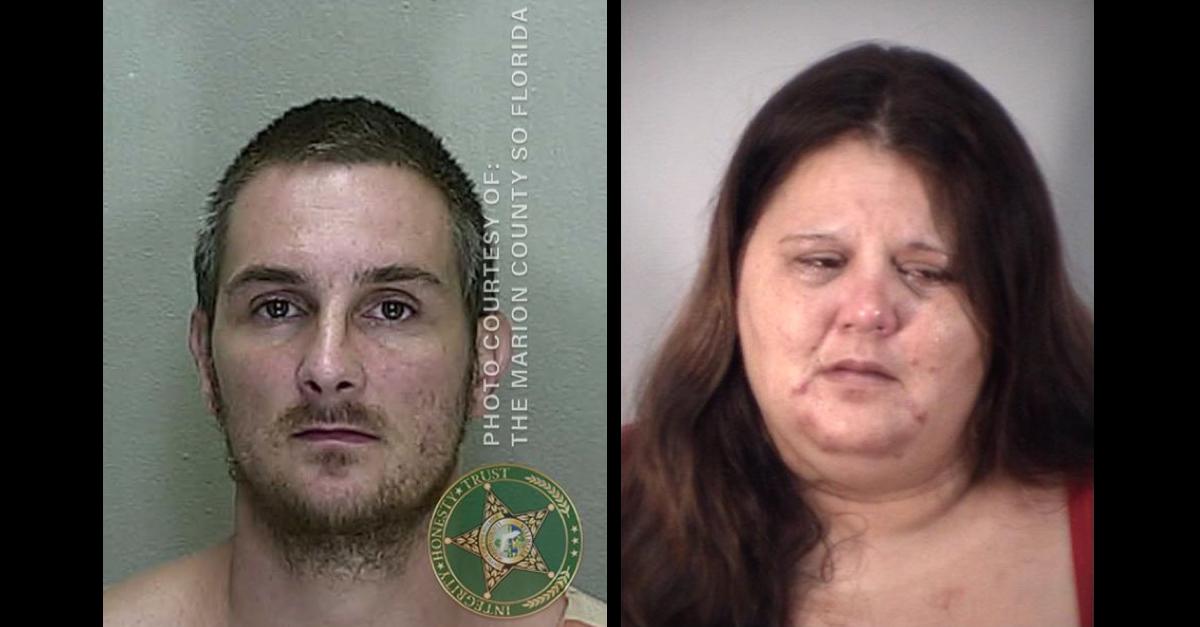 Joseph Tierney and Jalynn Davis, both 36, were arrested Wednesday and charged with aggravated manslaughter of a child, according to the Marion County Sheriff’s Office.

Miya Tierney, 2, died on June 13. Marion County sheriff’s deputies and paramedics called to the family’s home in Umatilla were unable to revive her.

Tierney and Davis told detectives that Miya had been asleep in a bed, according to a statement from the sheriff’s office posted on Facebook.

Davis and Tierney said they had left Miya alone in the bedroom for 30 minutes, and when they returned they found her unresponsive and called 911, the statement said.

Both of her parents were involved in the drug trade, according to the sheriff’s statement. Detective John Lightle’s investigation revealed that Davis sold fentanyl, and Teirney was an active user.

“[P]robable cause was developed that Davis and Tierney were criminally responsible for Miya’s death based upon their having brought her to a known drug location and by failing to protect her from the fentanyl present at the location,” the sheriff’s statement said.

Davis is currently in custody in Lake County on separate drug charges. Records show that Davis has been charged with murder in connection with another fentanyl related death in June, around two weeks before the death of her daughter.

At the time of Tierney’s arrest, he was already in the Marion County Jail for assault and witness tampering charges, the sheriff’s office said.

“For years, law enforcement has been battling the opioid epidemic here in Marion County, throughout the United States, and at our country’s borders,” Sheriff Billy Woods said in the statement. “The senseless death of this innocent child is the ultimate tragedy, and it should serve as a reminder of why we must continue our fight to keep opiates out of our communities. Everybody should know that if you or somebody you know uses drugs and wants to get clean, our community has resources available to help you. But let me be perfectly clear, if you are using drugs or selling drugs, and if somebody overdoses or dies as a result, me and my deputies will do everything we can to hold you accountable to the fullest extent of the law.”