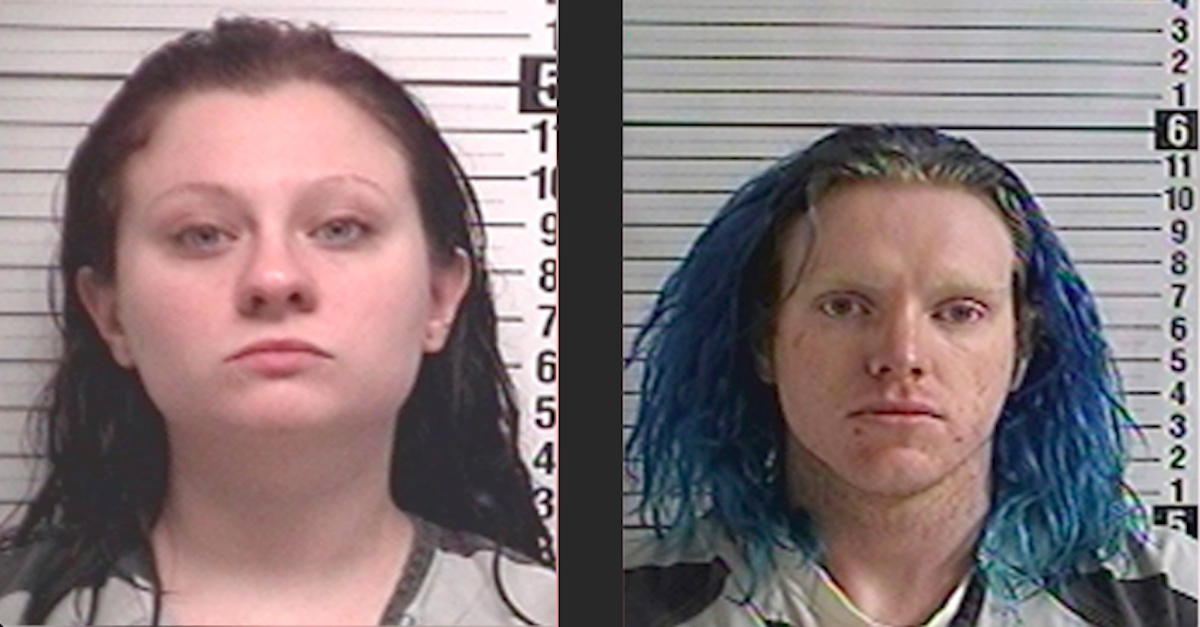 A Florida mother and her boyfriend were arrested after authorities say the woman’s 2-year-old daughter was violently killed and suffered “horrific brain trauma.” Winter Robbins and Andrew J. Vandergriff were taken into custody on Nov. 14 following the death of Joy Saint, who celebrated her second birthday earlier this month, Panama City ABC affiliate WMBB reported.

According to an affidavit obtained by the station, officers with the Panama City Beach Police Department on Nov. 14 responded to a 911 call at approximately 12:30 a.m. about an unconscious toddler in an apartment complex located in the 9000 block of Panama City Beach Parkway. Upon arriving at the scene, police and paramedics with Emergency Medical Services reportedly found Joy unresponsive and performed life-saving procedures to resuscitate the child. Paramedics rushed Joy to Gulf Coast Regional Medical Center. Medical personnel reportedly told investigators that the toddler had suffered “a life-threatening brain injury.”

Due to the severity of her injuries, doctors had the baby air-lifted to the University of Florida Shands Cancer Hospital in Gainesville. Despite doctors’ continued attempts to treat Joy’s head injuries, she was pronounced dead shortly after arriving at Shands.

Investigators interviewed the 24-year-old Robbins, who reportedly said that she and Vandergriff were in her apartment when she asked him to wake Joy up from her nap and change her diaper while Robbins took a shower. Robbins was reportedly in the shower when Vandergriff came to the bathroom and said Joy seemed to be having difficulty breathing so Robbins called 911. Robbins also claimed the toddler suffered some kind of seizure, per WMBB.

After Robbins called the police Vandergriff reportedly fled the scene. Officers reportedly arrested him later that day based on an active warrant for charges of burglary and dealing in stolen goods.

Investigators executed a search warrant on the Panama City Parkway apartment and reportedly found multiple pipes for smoking methamphetamine, bongs, and “meth residue” in the bathroom. Police reportedly said Robbins confessed to smoking meth in the bathroom before she woke up to feed Joy. Robbins also allegedly admitted that she regularly left the toddler by herself while she and Vandergriff went out to purchase or use drugs.

Robbins was charged with one count each of child neglect, tampering with evidence, and providing false information to police during an investigation. She is currently being held in Bay County Jail on $100,000 bond.

While neither Robbins or Vandergriff are directly charged with killing Joy, additional charges are possible as police said they are still investigating the case. Panama City Beach police and the State Attorney’s Office in Panama City did not immediately respond to emails from Law&Crime concerning additional or upgraded charges.

Joy’s uncle, Nathan Saint, and several other family members were reportedly able to make it to the hospital before the baby died.

“We went over to Gainesville and said our final goodbyes to her before they let her go,” he told WMBB. “If you have family out there that you haven’t gotten in touch with, just talk to them, send them a message and let them know that you love them.”