‘Ed Buck Will Never Harm Anyone Else’: Democratic Party Donor Convicted for Deaths of Black Men Who Were Fatally Injected with Meth 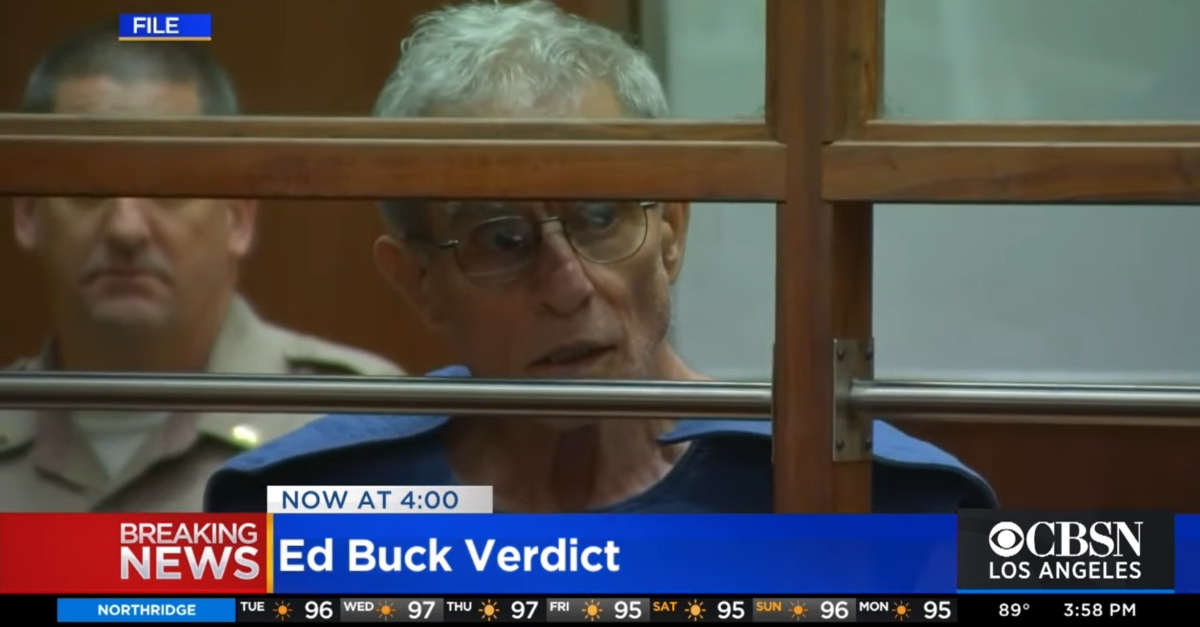 A white donor to Democratic Party candidates was convicted on Tuesday for charges including giving fatal methamphetamine dose to two Black men, according to the U.S. Department of Justice.

The criminal case against Ed Buck, 66, landed on the intersection of race and wealth. He had a sexual fetish for making men take dangerous doses of the drug, testimony established. There were initially no charges after Gemmel Moore, 26, died at Buck’s West Hollywood apartment on July 27, 2017. That changed with Timothy Dean, 55, who also died at Buck’s apartment on January 7, 2019. Buck’s conviction arrived four years after Moore’s death.

Buck was a longtime donor to Democratic politicians and causes. Though his well-publicized reputation as a so-called “megadonor” was apparently overstated, this is nonetheless a story of a well-to-do, hypocritical liberal figure who preyed on vulnerable men of color. Moore’s, Dean’s, and Buck’s races are relevant in part because of the defendant’s reported fetish for Black men.

Buck exerted power and control over his victims, typically targeting individuals who were destitute, homeless or struggling with drug addiction. He exploited the wealth and power balance between them by offering his victims money to use drugs and to let Buck inject them with narcotics.

Investigators found about 1,500 videos covering such “party-and-play sessions” on Buck’s digital devices, testified Los Angeles Sheriff’s Department Sgt. Paul Cardella in an LA Times report. Footage reportedly showed Buck badgering Moore to take more meth and to inject it, even though the younger man did not want to.

“I don’t know if I can handle another slam,” Moore said.

Testimony established that Buck’s goal was to put men in a state of heightened vulnerability.

“He liked to see me where I was barely able to stand, barely conscious,” testified a man identified by the Times as Carlos. “He wanted me to be falling around all over the place…he would be able to do whatever he liked as far as touching and everything of that sort.”

Today would have been Gemmel Moore’s 28th birthday. #ArrestEdBuck pic.twitter.com/bu4Zk5RSza

#BREAKING 55 y/o Timothy Dean of West Hollywood and a Saks Fifth Avenue employee, has been identified as the man who died in Ed Buck’s apartment on Monday. #RIPTimothyDean pic.twitter.com/028L3OVj6g

Buck’s legal team did not immediately respond to a Law&Crime request for comment. Attorney Christopher Darden (incidentally, a former prosecutor who worked in the O.J. Simpson murder trial) asserted at trial that “manipulative people” took advantage of him for drugs and money, and that underlying medical conditions contributed to Moore and Dean dying, not the drugs they might have taken, according to Spectrum News. There was no evidence the men were forced to go to the apartment, he said.

“This is my baby, my son, who is a human being, and he’s loved by lots of people,” Moore’s mother Latisha Nixon told reporters after the conviction on Tuesday, as seen in CBS Los Angeles video. “But today is bittersweet. Today is the date that my son was murdered when he left my house four years ago, but we got victory today.”

“Finally, Ed Buck will never harm anyone else, and I thank God for that,” said Dean’s sister Joyce Jackson. “And as I leave L.A. going back home, I thank everybody that has helped keep us strong throughout the three weeks that we’ve been here.”

Sentencing is pending. Buck faces between 20 years and life in prison.