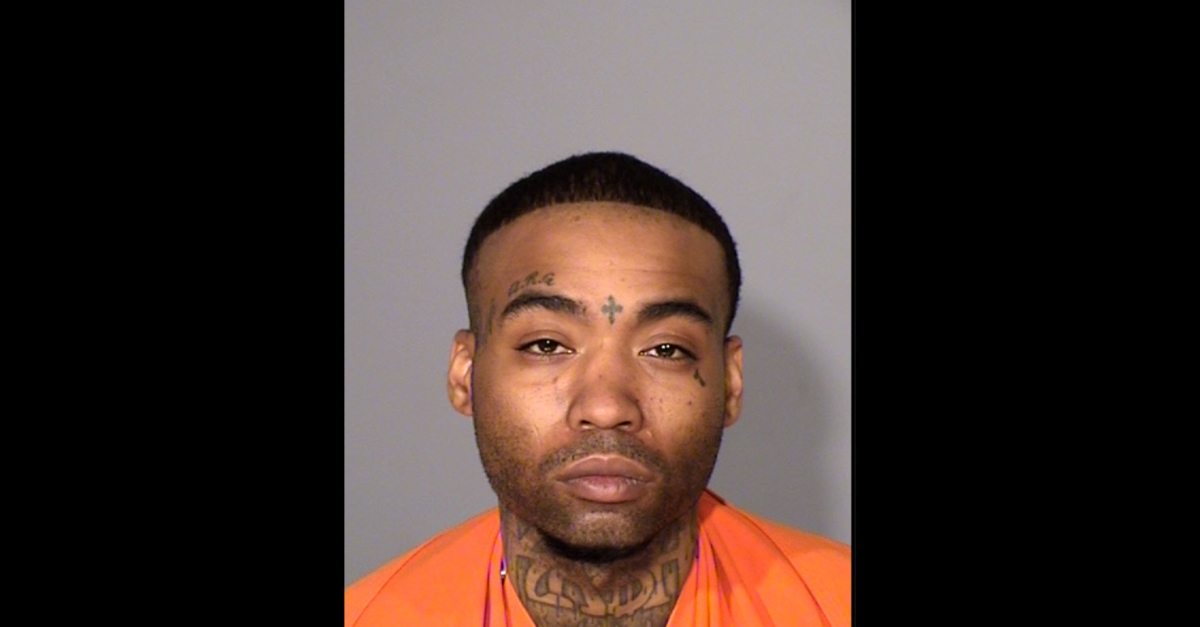 In the end, there was no hope for 11-year-old Ja’Corbie Wallace, but police in St. Paul, Minn. say he managed to survive five gunshot wounds long enough to put a name to the shooter who ultimately killed him, his mother, and his sister.

It was “Keith,” he told officers Saturday, according to the statement of probable cause obtained by Law&Crime. He was referring to TeKeith Svyone Jones, 26, officers now say.

Generally speaking, dying declarations are admissible in court under an exception to the rule against hearsay.

Cops said they were called to a home on the 700 block of Jessie Street on Saturday. They said they found two victims–later identified as D’Zondria and La’Porsha–dead at the scene. A juvenile boy–later identified as Ja’Corbie–initially survived but died several hours after arriving at the hospital.

“This is a senseless tragedy that’s left us all heartbroken—as police officers, as human beings, as members of the community,” said St. Paul Police Chief Todd Axtell at the time.

It later turned out Ja’Corbie lived just long enough to name his killer, according to the police account. Officers also cited evidence including a neighbor’s surveillance footage showing Jones snooping around the victim’s apartment window half an hour before the discovery of the bodies; Jones entering the home and then fleeing via a Jeep Compass; and a close call where Jones fled the vehicle after he encountered a state trooper.

From the probable cause statement:

Later, on January 30, 2021, a State Trooper came upon the Jeep at Highway 61 and Burns Avenue. The trooper made contact with a slender black male who kept his head down most of the time. The man by the Jeep said he was out of gas. The trooper told the man that he would return to help after he completed the call he was initially responding to. When the trooper returned, the man was gone and the Jeep’s keys were left on its driver’s seat. The trooper noted a smell as if something mechanical was burning. The Jeep was towed since it had been abandoned. The trooper sent officers photos of the Jeep.

Officers said that the vehicle’s real owner claimed Jones took it without permission.

In paraphrasing Ja’Corbie, police described the defendant as D’Zondria’s boyfriend. The woman’s nephew called him her ex, however. In this account, Jones kept coming to Wallace’s home after the breakup.

“The nephew last saw Jones in December when Jones broke in through a kitchen window. Jones swung DW [D’Zondria Wallace] around and he accused DW of seeing other men,” police wrote. “Jones eventually calmed down, but Jones became upset again the next morning and shot his pistol at DW. The nephew thought Jones was trying to hit DW, but he missed his shot.”

The nephew said that the defendant always kept a black semi-automatic handgun with an extended magazine, but cops were not called for this December incident. In this account, Wallace began seeing another person on January 10.

Jones’s account in the probable cause statement was anything but straightforward. He allegedly claimed he felt he been accused for the prior death of his brother, and later stated he carried a gun on him to protect himself from the people who murdered his brother.

Jones said he was going through a life experience that he didn’t understand. He said he was going to save someone so they wouldn’t have to go through what he did. Jones told police he felt like he was being set up – that people were accusing him for setting up his brother’s murder.

Jones allegedly said he did what he did for the sake of the children. He asserted D’Zondria was playing mind games and corrupting them, and that she was tired and wanted him to choose what happened. He allegedly claimed she owned money to someone.

The defendant’s alleged account pretty much reads as the most confused confession we’ve come across. He denied killing anybody; rather, he asserted he “saved them.”

Investigators asked Jones if he saved them by shooting them, and Jones, while pointing upwards, replied, “Hell yeah, I saved them – they can go up there and be holy.” When investigators asked Jones if he killed them to save them, Jones claimed he never killed anyone. When asked if the gun recovered at the Wilson apartment was the gun he used to kill them, Jones again denied killing anyone.

As mentioned before, police said Ja’Corbie was shot five times. D’Zondria was shot twice, being struck in the heart, aorta, and lungs. La’Porsha was shot 10 times. From the affidavit:

Jones allegedly said he was not a monster and that he kissed them all.

“Jones said he was just trying to break the cycle and did not want them to feel the pain that he felt,” police wrote.

“My heart sinks to know that a mother and her two children were taken from us in such a senseless and violent way,” said Ramsey County Attorney John Choi in a statement obtained by Law&Crime. “We will do everything in our power to bring justice to the victims and our community in this case.”

James Fleming, Chief Public Defender of the 2nd Judicial District, confirmed to us over the phone that his office represents Jones. He declined to comment.