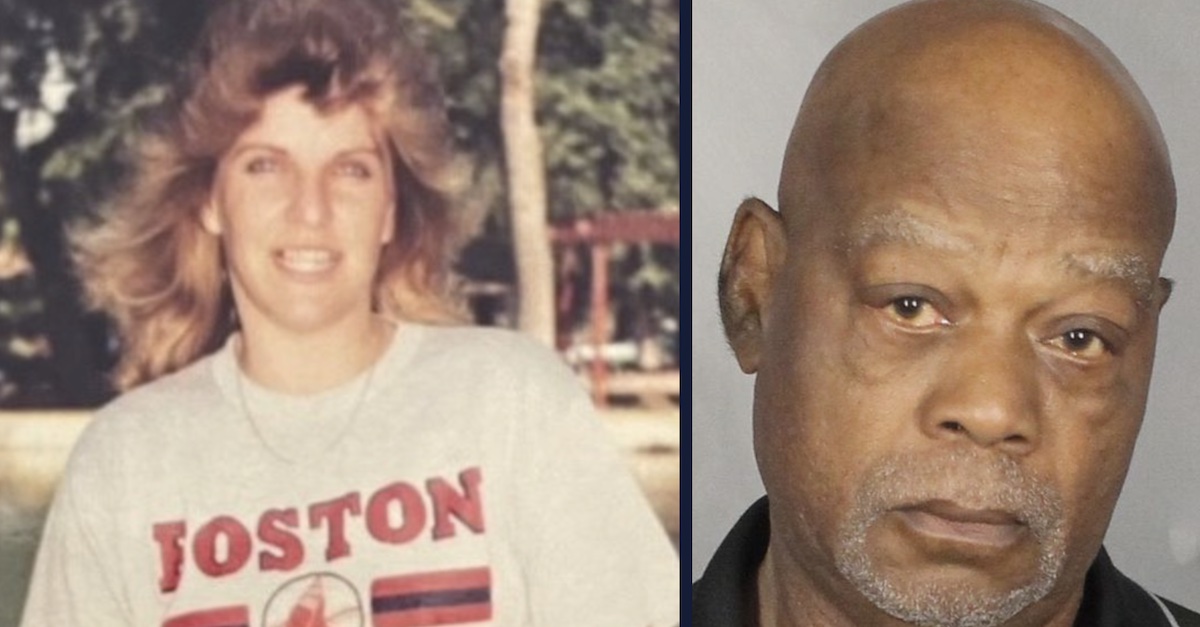 A retired cross-country truck driver in Texas who was charged last month in a 1992 homicide has also now been charged with killing a woman in Southern California nearly 30 years ago, authorities say. Douglas Thomas was charged with the cold case murder of Sherri Herrera, a 30-year-old mother of four whose body was dumped on a highway ramp in 1993.

Thomas is already in custody in Titus County, Texas where he is facing charges for the 1992 murder of Shenda Denise Hayes. Prosecutors noted that Thomas “traveled extensively throughout the United States during his 40-plus years as a truck driver.”

According to a report from Waco CBS affiliate KWTX, court records identified Herrera as a “known prostitute and drug abuser who worked the highway rest area” in Tulare County, located approximately four hours north of Riverside County. Police reportedly concluded that Herrera had been “sexually assaulted and strangled with a belt” before her body was discarded.

Mike Thompson, an investigator with the Riverside DA’s Office, in 2002 reportedly uploaded a DNA profile from an unknown male recovered from the Herrera crime scene to the Combined DNA Index System (CODIS), which is a national a series of national DNA databases maintained by the FBI. Five years later, the system connected the DNA collected from the Herrera murder to the 1992 murder of Hayes in Texas.

“In other words, DNA from a single person was located at both crime scenes,” the affidavit reportedly said.

Investigating agencies in both states reportedly began working together and sharing information.

Thompson then “contacted a direct-to-consumer genealogical company that provides DNA kits to the general public for purchase for people to explore their genealogy,” per the affidavit. The results reportedly showed six descendants in the Waco area, one of which was Thomas. A DNA sample taken from Thomas on April 26 reportedly returned an exact match to the DNA obtained from both murder scenes.

Once investigators identified Thomas as a suspect, they travelled to Titus County, Texas, where they interviewed Thomas about Herrera’s murder. Thomas was subsequently charged with one count of murder. Additionally, the District Attorney’s Office also filed a “special circumstances allegation of murder during the commission of a rape.”

In the Texas case, investigators also described the victim as a “known prostitute.” Hays’ body was reportedly found near an interstate rest stop. She had reportedly been strangled with “a device made of wire and cord in a manner to control the victim,” according to KWTX. She was partially clothed and investigators said there was evidence that she had been sexually assaulted.

Thomas will remain in Texas until that murder case is adjudicated. The Riverside County DA’s Office will then request that Thomas be extradited back to California to be tried for Herrera’s murder.

He is currently being held on $2 million bond.