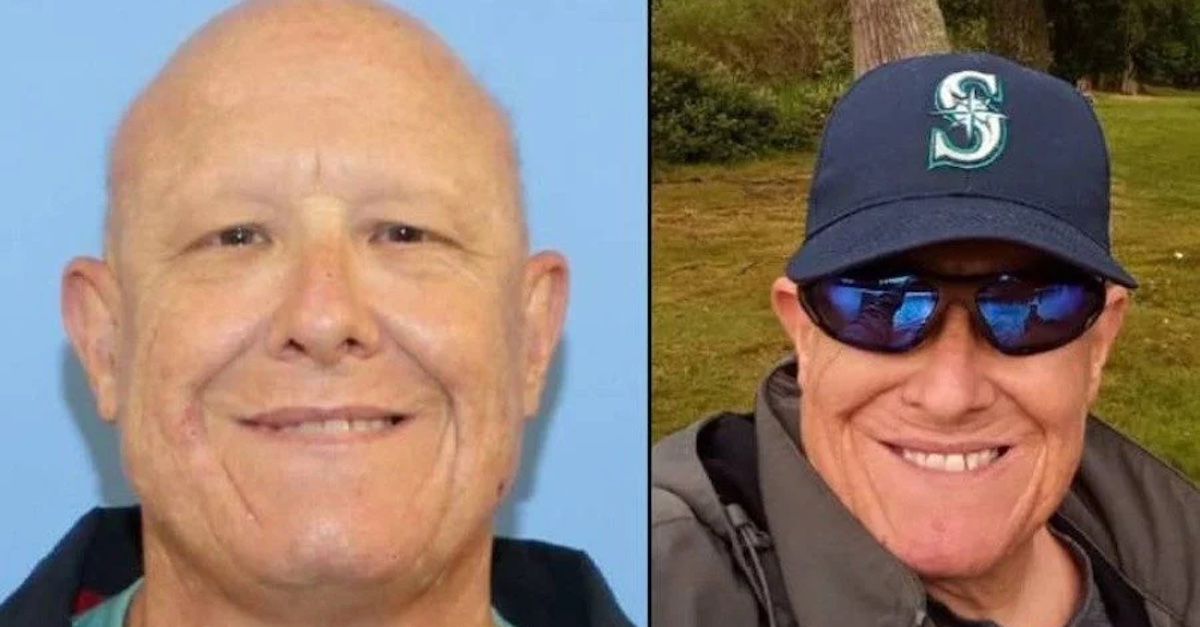 Michael Alan Wearmouth was arrested this week and charged with one count each of rape of a child, commercial sex abuse of a minor, communicating with a minor for immoral purposes, and possession of methamphetamine with intent to deliver, records reviewed by Law&Crime show.

According to the King County Sheriff’s Office, Wearmouth at approximately 3:30 p.m. on Wednesday turned himself in to authorities at the Southeast Precinct without incident after a $500,000 nationwide warrant had been issued for his arrest.

“We really see our youth, in this case an adolescent, who is preyed upon by this person. And it’s compounded by a traumatic brain injury stemming from that collision which made her even more vulnerable,” Capt. Tim Meyer reportedly told Seattle CBS affiliate KIRO-TV. “The idea that someone like this would take advantage of our most vulnerable and our youth is just disturbing on so many levels.”

In court documents obtained by Tacoma Fox affiliate KCPQ, prosecutors reportedly allege that Wearmouth was known to the victim and her family, and began “grooming” her when she was approximately 14. The victim last year was reportedly involved in a car accident in which she sustained a “traumatic brain injury.” Her father reportedly told the station that his daughter has the mental capacity of a fifth grader and is enrolled in special education classes.

Prosecutors reportedly allege that following her accident, Wearmouth began spending more time with the victim. The report said Wearmouth picked the victim up and brought her to his Covington home on multiple occasions. He allegedly sexually abused the victim and provided her with methamphetamine and marijuana.

“Anytime that you see a rape case it’s concerning. But when you have a child rape case that also involves methamphetamines, that is particularly concerning,” Casey McNerthney of the King County Prosecutor’s Office reportedly told the station. “And then added on top of this, it appears from the investigation documents, that this defendant is working around children. There is a lot of things to be concerned about here.”

Investigators also obtained social media communications between Wearmouth and the victim that reference sex, according to KCPQ.

“U miss what??” the victim reportedly wrote. “If it’s me it’s only cuz of sex I think that’s ur opinion lmao, ion know thho.”

“No it’s not. If I miss sex, that much, there are other women. So reason why, I miss can’t be for the sex,” Wearmouth reportedly responded.

While prosecutors reportedly alleged that Wearmouth was a little league umpire in Maple Valley, a city spokesperson reportedly said he had only umpired two adult softball games and was no longer employed by the city. However, Wearmouth’s Facebook page appears to show him umpiring for District 10 Little League in Auburn. A league administrator did not immediately respond to a message from Law&Crime.

About 45 minutes before turning himself in, Wearmouth reportedly called KCPQ and left a voicemail refuting the disturbing allegations.

“This is Michael Wearmouth. About the allegations, they’re not true. They’re false,” Wearmouth reportedly said.

Wearmouth further claimed that the allegations stem from a personal dispute between him and the victim’s father, the station reported.

“This is about a motor, an engine, that I sold somebody, a brand-new motor, transmission, and headlight assemblies. I thought it was a friend of mine,” Wearmouth reportedly said. “After they took possession of it, they refused to pay for it. So, I destroyed the engine, and this is revenge for that. A week later I was charged with this.”

Wearmouth also asserted that surgery and treatment for cancer had rendered him unable to have sex.

“They charged me with rape. June 25th, 2019, I had both testicles removed, testicular cancer,” he reportedly said. “Then, I endured seven months of the worst aggressive chemotherapy there is. I haven’t been able to have sex, or any sexual desires in three years.”

The victim reportedly referenced Wearmouth’s illness when speaking to police, allegedly telling them that “Mike can’t get anyone pregnant” because “he has cancer.”

Wearmouth is scheduled to make his first court appearance Thursday.

The King County Sheriff’s Office and Prosecutor’s Office did not immediately respond to messages from Law&Crime.