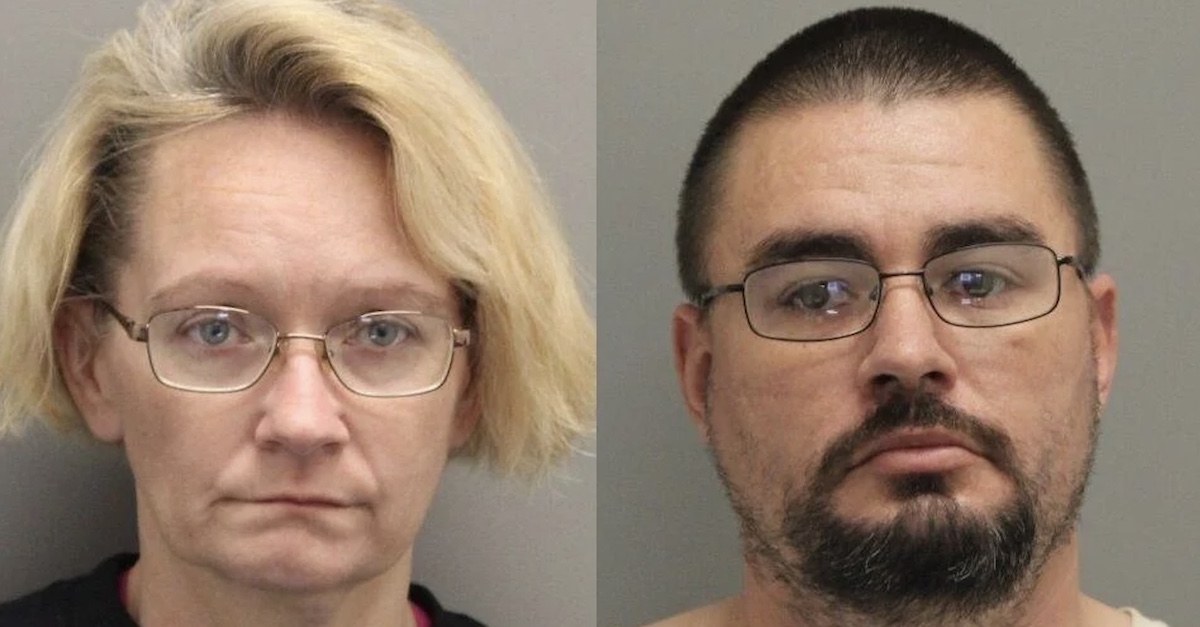 A husband and wife in Delaware are facing more than 600 criminal charges for allegedly torturing and abusing their two children for more than a year. Mary Vinson, 45, and Charles Vinson, 36, were arrested in February and indicted this week on a staggering 646 charges, including more than 80 felonies, stemming from the “serial child abuse and torture” of their kids, authorities announced.

According to a press release from the Delaware Attorney General’s Office, prosecutors allege that Mary and Charles heartlessly tortured their two children over the course of approximately 20 months. The abuse included making the children stand in place for extended periods of time, the withholding of food, force feeding, and physically assaulting the two victims, among other acts.

Both children were hospitalized several times over the past two years “due to the severity of the abuse,” much of which was caught on video by cameras that the parents had installed in the kids’ rooms, the Department of Justice said in the release.

Both children have since been transferred into the custody of the Delaware Division of Family Services.

“These are the cases that keep us up at night,” Delaware Attorney General Kathy Jennings said in a statement released Wednesday. “The evidence in this case is disturbing and my prayers are with the victims who, thank God, are somewhere safe. We will seek swift and complete justice against the accused; nothing matters more than protecting our kids.”

According to a copy of an indictment obtained by Delaware State News, between March 2021 and March 2022, physical assaults at the hands of Mary and Charles Vinson resulted in the children being hospitalized six times due to alleged first-degree child abuse. In April 2021, both of the Vinson’s children were hospitalized on the same day.

The Vinsons are also accused of providing false information about the children to medical professionals and doctors when the children required medical treatment, the indictment reportedly states. Those statements reportedly resulted in multiple counts of second-degree reckless endangering being levied against the couple. The two also allegedly lied to investigators looking into the circumstances of the children’s injuries.

Mary faces a total of 600 charges; Charles was indicted on 46 charges.

The felony charges against Charles include six counts of first-degree child abuse, 12 counts of conspiracy, nine counts of endangering the welfare of a child, two counts of kidnapping, two counts of intimidation, and two counts of making false statements. If convicted on all charges, he faces a minimum of 16 years in prison and a maximum of more than 270 years.

A spokesperson for the Department of Justice reportedly told State News that both the Vinsons are currently in pretrial detention as they wait for their next court appearance to be scheduled.

[images via Delaware Department of Justice]