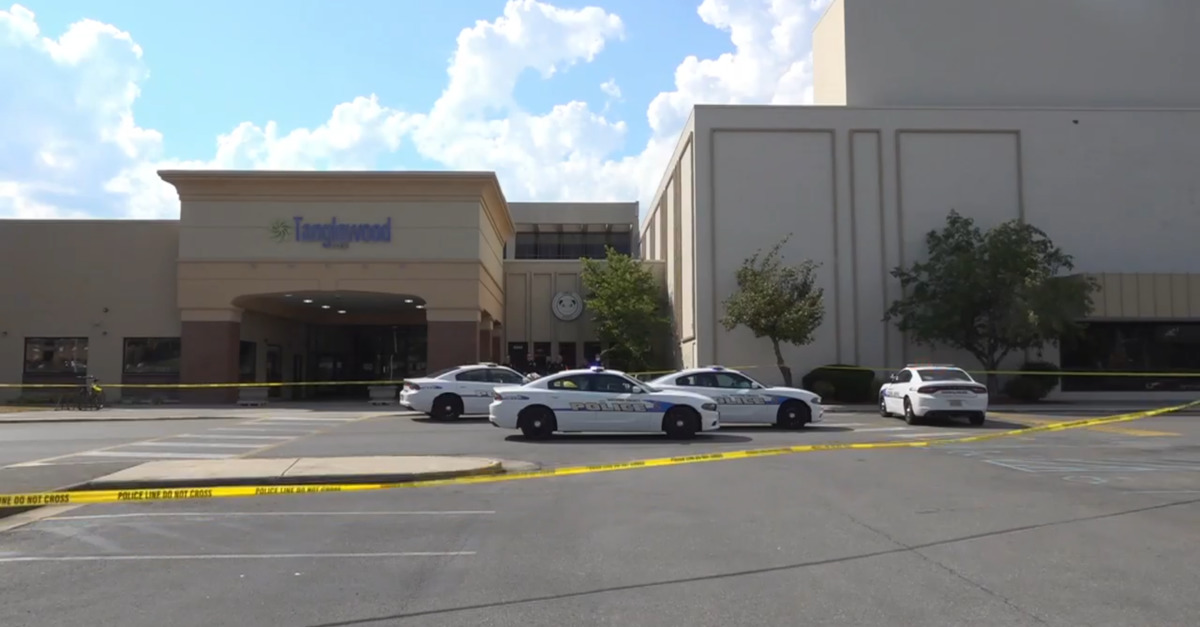 A woman in Virginia who was arrested on charges of assaulting a police officer allegedly also had a decomposing baby in her shopping bag, according to officials. She is now being investigated for murder.

Roanoke County Police say that 34-year-old Mandy Lavonne Lacy was acting “erratically” and “weird” when she was reported to local authorities by a mall security guard earlier this week.

Once police arrived on the scene, however, Lacy allegedly acted out and struck an officer who is said to have sustained a minor injury.

She was initially charged with assaulting an officer by punching him in the forehead.

After being taken into custody, the lifeless body of a baby was found in a shopping bag that Lacy had on her person, police say. The baby’s body was reportedly wrapped in a jacket inside the bag, according to officials.

According to The Roanoke Times, police say the baby had been dead for some time when it was found.

Multiple officers responded to the initial call on Sunday:

Right now- crime scene tape is blocking part of the parking lot between the side of Belk, to where the old Jcpenny’s use to be. Multiple officers are still here. @ABC13News

According to warrants cited by local CBS affiliate WDBJ, the woman was “summoned for public intoxication” just after the incident and she has reportedly been deemed mentally ill by a court order. The public intoxication charge was added on Monday.

Authorities also say they believe that Lacy is transient and do not have information as to where she is from–while insisting that she is not believed to be a resident of Roanoke.

Roanoke Police have told multiple local media outlets that the death of the baby is still an ongoing investigation and that little information about the baby’s age or the possible cause of death is currently available.

Because the baby was decomposing, such determinations–including the baby’s biological sex–were not readily apparent when officers made the horrible discovery. Police are reportedly awaiting the results from the Roanoke County Medical Examiner’s office.

“The baby was partially decomposed, making it difficult to determine the age and sex. Detectives will now wait for the medical examiner’s results,” Roanoke County spokeswoman Amy Whittaker said in an email to the Times.

Local ABC affiliate WSET notes that one of the warrants has asked for a DNA swab viz. “an offense substantially described as a violation of section 18:2-32 of the 1950 Code of Virginia, as amended, to wit: Murder.”

Police also intend to use the DNA results to determine whether or not the baby was hers or whether she was ever tasked with being the baby’s official guardian.

Lacy currently being held without bond in the Western Virginia Regional Jail.

The police released the following statement on Facebook about the incident:

At Tanglewood Mall officers responded for a female behaving erratically. When officers arrived she assaulted one officer who sustained a minor injury. Subsequent to her arrest, the body of baby was found in a shopping bag she had with her. The female is identified as Mandy Lavonne Lacy, 34, and is believed to be a transient. She has been charged with assaulting a police officer. Additional charges are pending further investigation