Mother, 27, Accused of Murdering Her Baby Daughter’s Father by Stabbing Him in Neck with a Kitchen Knife 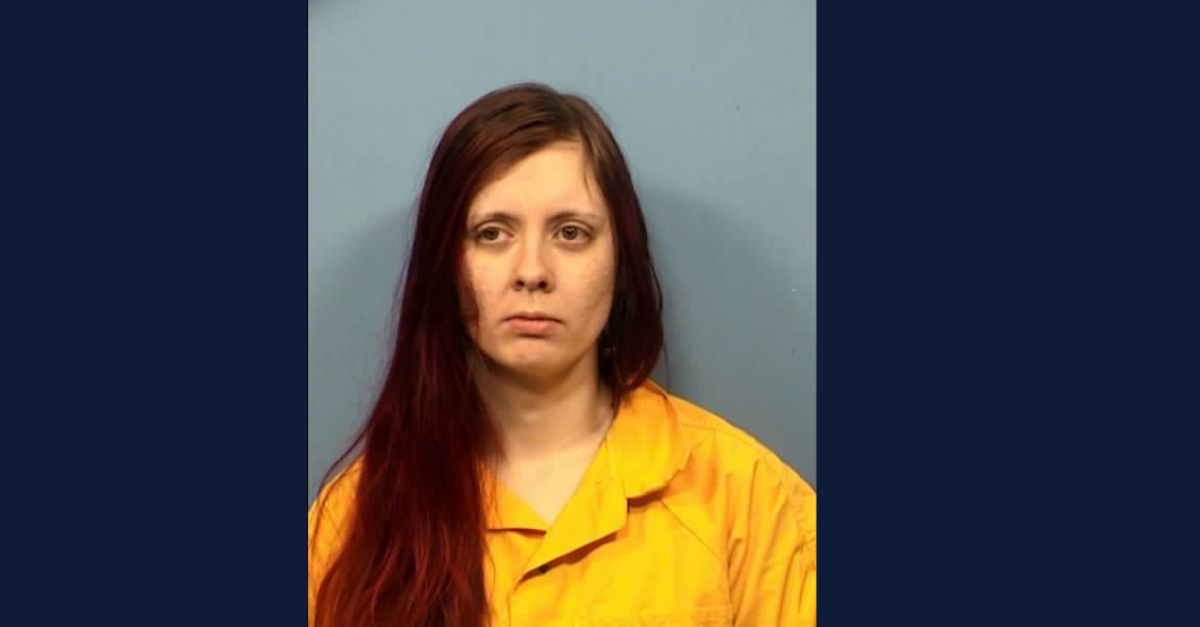 Deanna Coakley (above in mugshot courtesy of Warrenville Police Department) is charged with murdering her daughter’s father.

An Illinois woman is behind bars and charged with murdering her baby daughter’s father.

Deanna Coakley, 27, is accused of using a kitchen knife to stab Joseph Strock, 31, in the neck during what police are describing as a deadly domestic dispute.

Investigators with the Dupage County State’s Attorney’s Office and Warrenville Police Department shared their initial findings in a release shortly after Coakley’s arrest:

On February 13, 2022, at approximately 6:51 p.m., Warrenville police officers responded to a call at Coakley’s residence for a report of a woman screaming. Upon their arrival, officers found Coakley on top of a male, later identified as Strock, near the front of the residence directly in front of the door. Strock was bleeding from the neck and a large pool of blood was under his body. Strock was transported to a local hospital for a laceration to the right side of his neck and was pronounced deceased. Following an investigation by the Warrenville Police Department, it is alleged that at some point in the evening, a verbal altercation between Coakley and Strock turned physical at which time Coakley stabbed Strock in the neck with a kitchen knife. It is alleged that following the stabbing, Strock exited the apartment and collapsed on the ground outside the front door where authorities found him.

Authorities did not say who made the call or specify where the couple’s daughter was during this fatal altercation.

The Daily Herald reported that the girl, under a year old, is now staying with her 7-year-old brother at her maternal grandparents’ residence. The boy has a different father, the report said.

Coakley has appeared in court multiple times over the past few years, often seeking orders of protection (Eighteenth Circuit Court records pictured above)

Officers arrested Coakley at the scene, and on Wednesday, she appeared in front of Judge Daniel Guerin of Eighteenth Judicial Circuit of Illinois, where bond was set at $1 million with 10% to apply. The defendant is charged with first-degree murder, which does not require premeditation in the state of Illinois. The law states:

“Nationwide, domestic violence remains a silent epidemic that unfortunately occurs predominantly behind closed doors,” said DuPage County State’s Attorney Robert B. Berlin. “If left unchecked, however, the consequences can be deadly, as is alleged in this case. I urge anyone who finds themselves in an abusive relationship to seek help from any of a multitude of social service programs available throughout the country that offer assistance and guidance to people in an abusive relationship.”

Berlin then added: “I offer my sincerest condolences to the family and friends of Joseph Strock on their loss.”