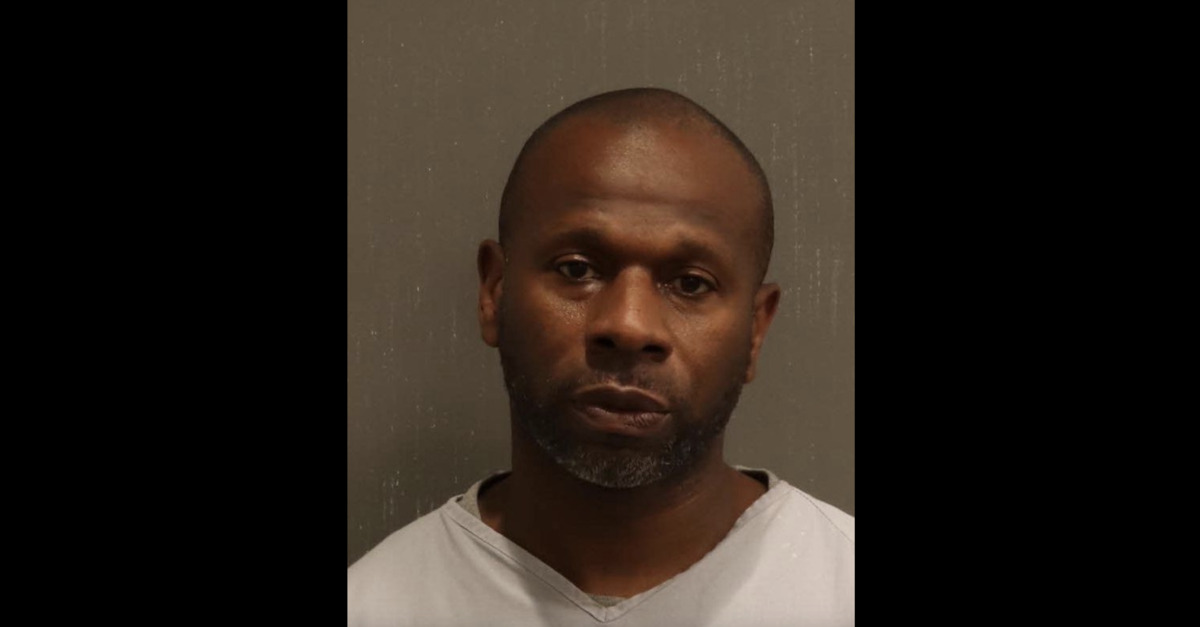 Jacques A. Smith was 19 years old when he was shot and killed in the home where he lived alone some 25 years and two weeks ago — almost to the day. On Thursday morning, police in Nashville, Tenn. finally arrested the man believed to have killed him.

James T. Manning, 48, stands accused of murder in the first degree over the fatal shooting from all the way back in June 1996.

According to the Metro Nashville Police Department, the defendant was booked into the Davidson County Jail at around 11:50 a.m. after recently being indicted for murder by a Davidson County Grand Jury.

The investigation into the quarter-century-old cold case was led by MNPD Homicide-Cold Case Detective Mike Roland. Though details are scant on the particulars of what led to the detective’s ultimate conclusion, police didn’t have to look very far to find their suspect or to place him in custody. Manning is currently serving a prison sentence at Tennessee’s Trousdale Turner Correctional Center for an aggravated rape conviction in Putnam County from the late 1990s.

The rape conviction is believed to be unrelated to the June 11, 1996 shooting on Little Hamilton Street near Fourth Avenue South in Nashville’s Chestnut Hill neighborhood.

BREAKING: James T. Manning, 48, was just booked for the 6/11/96 shooting murder of Jacques A. Smith, 19, on Little Hamilton St. Investigation by Cold Case Det. Mike Roland led to the indictment. Manning is currently serving time in state prison for agg rape out of Putnam County. pic.twitter.com/9LCybleQ8L

The defendant was transported from the facility to Nashville mid-morning on Thursday, a roughly one hour drive away.

According to the long-flummoxed police, a motive is still elusive in the 1996 murder though robbery is thought to be a possibility, local NBC affiliate WSMV-TV reported.

Smith’s corpse was discovered by two friends in his bedroom and in a state that quite obviously suggested he had been murdered; his shirt had been pulled over his head and he was covered in duct tape.

The victim had been shot in the head numerous times, and an autopsy report later confirmed that those gunshot wounds were the cause of death, according to The Tennessean‘s archives on the murder.

Jail records from Davidson County suggest the defendant was quickly booked and processed within roughly an hour-and-a-half — but additional details are not publicly available. Court records show that Manning has yet to be provided a lawyer in the murder case and that he is being held without bond on the murder charge — likely because he’s already serving time on the unrelated rape conviction.

The defendant also has a prior arrest for an unlicensed weapons charge in 1994 which was disposed by a “Completed Court Process.”