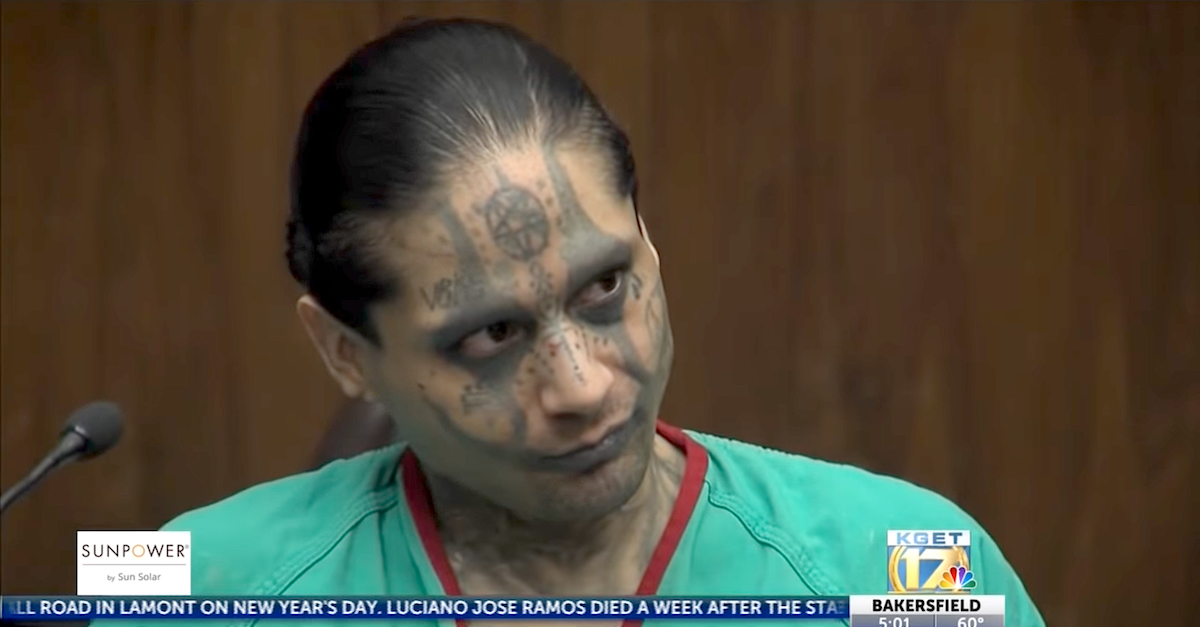 According to the newspaper, the state inspector general’s office released two new reports concerning the gruesome slaying of inmate Luis Romero, 44, who authorities believe was killed by Jaime Osuna, 31, on March 9, 2019. The reports further stated that after Romero was beheaded, the two prison guards on duty performed their daily rounds and marked both cellmates as being alive.

The shockingly horrific murder and a subsequent lawsuit filed by Romero’s family sparked multiple investigations into why Romero or any other inmate was housed in the same cell as Osuna, whom the Times described as a “self-styled Satanist with a history of attacking his cellmates.”

Both inspector general reports stated that Osuna built a “makeshift knife” out of a razor blade that he used to remove Romero’s head, as well as one of his eyes, a finger, and a section of his lung, the AP reported. Per the Times, Osuna also posed the headless corpse and used the blade to cut into the corners of Romero’s mouth, creating an extended smile akin to fictitious Joker character portrayed by Heath Ledger in the 2005 film The Dark Knight. When the guards realized what had happened, Osuna was reportedly wearing “a necklace made of Romero’s body parts.”

Both reports concluded that the guards falsely reported seeing Romero alive on the morning of March 9.

One of the reports additionally faulted the California Department of Corrections and Rehabilitation for conducting a lackluster internal investigation into the murder and failing to discipline the inattentive guards in a timely manner.

“The department’s handling of the case was poor,” the inspector general’s report stated, according to the Times. “In the OIG’s opinion, the special agent continually resisted the recommendations of the department attorney regarding conducting interviews and obtaining evidence,” the report said.

The agency pushed back on the report’s conclusion, telling the Times that it conducted a “thorough and complete investigation from the very beginning.”

Neither report offered an explanation as to why the guards failed to notice what had transpired, a fact that the Romero family’s attorney Justin Sterling said reflected the “veil of secrecy” surrounding allegations of misconduct within the DOC.

“The idea that my client had to sue in order to get basic questions answered about her son’s death is disheartening,” Sterling told the Times.

Romero was convicted of second-degree murder for the 1992 fatal shooting of a woman in Compton. He was serving a life-with-parole sentence when he died. The Times reported that he was “nearing parole eligibility” when he was murdered, though the paper did not provide a specific timeline.

Osuna was serving a life-without-parole sentence for the 2011 torture and killing of a 37-year-old woman in a Bakersfield motel.

“With face tattoos and flair for Charles Manson-like satanic antics, [Osuna] became a dark figure during his 2017 trial, mocking the victim’s family and bragging to a television news reporter of his love of torturing people,” the Times reported. 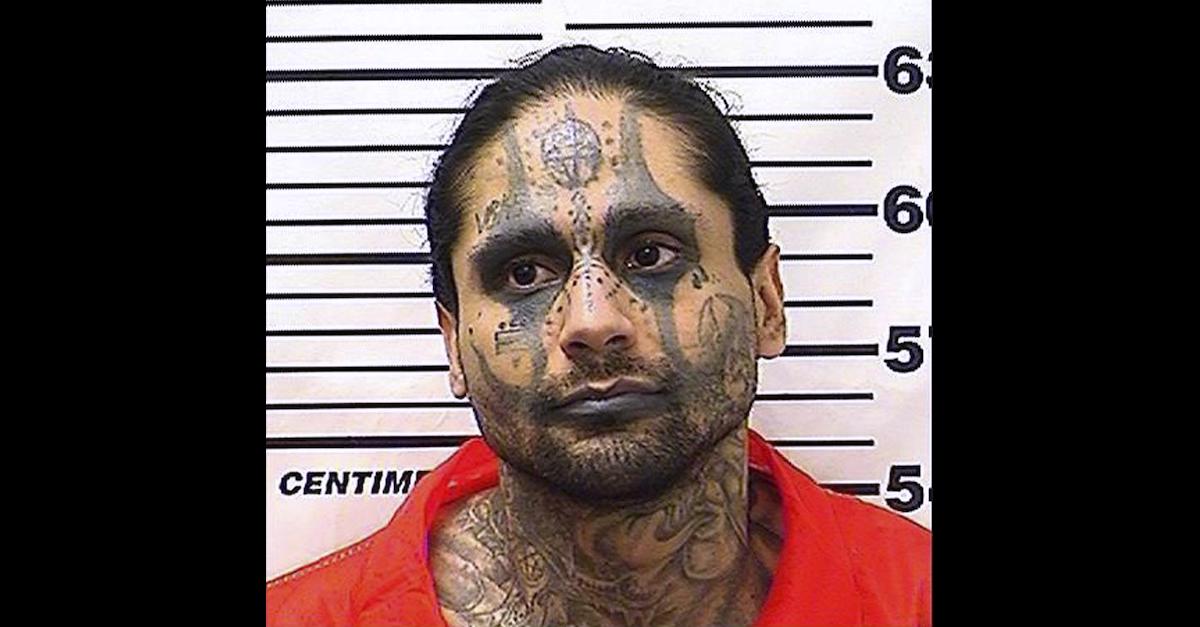 Jaime Osuna is seen in a May 2017 California Department of Corrections mugshot.

Kings County Executive Assistant District Attorney Phil Esbenshade told the Times that the murder was “the most heinous slaying he had ever seen,” adding that authorities believed Romero “was conscious during at least a portion of the time.”

Earlier this year, Kings County Judge Randy Edwards ruled that Osuna was not competent to stand trial for Romero’s murder after two psychiatrists concluded that the convicted killer didn’t understand the criminal proceedings against him.