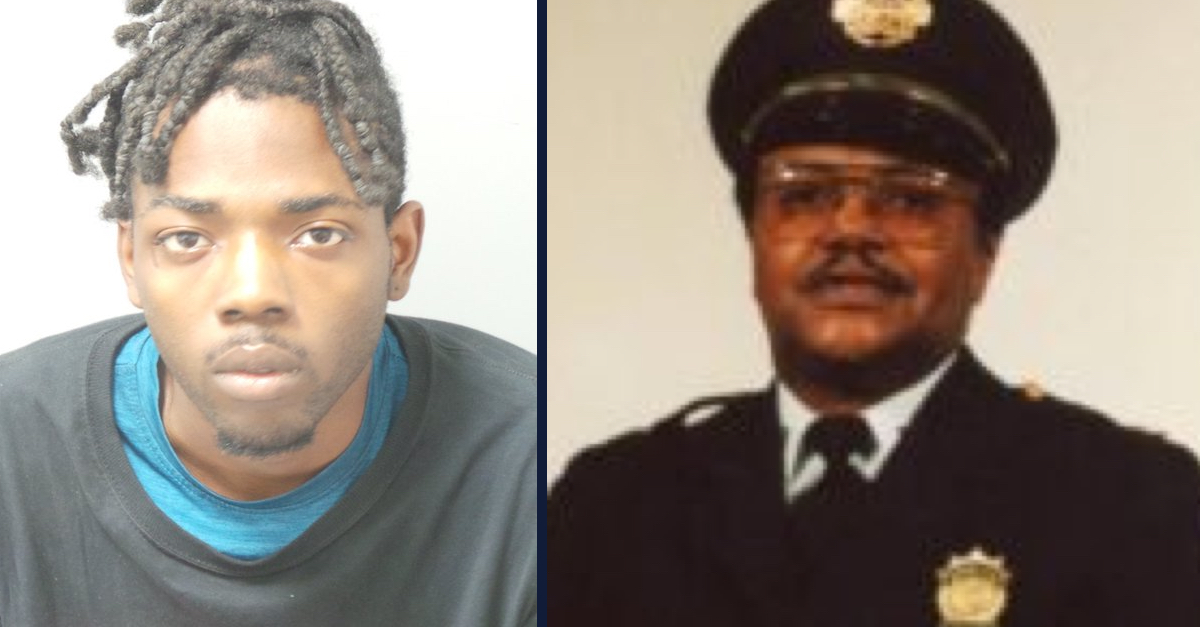 The man convicted of murdering a retired police captain learned his fate on Wednesday. Circuit Judge Theresa Counts Burke sentenced Stephan Cannon, 26, to life in prison without the possibility of parole for fatally shooting David Dorn, 77.

“I hope your eyes are woke,” said one of Dorn’s sons, Brian Powell, according to KSDK. “You still have time to get everything together and make amends with your maker.”

As previously reported, Dorn responded to his friend’s business Lee’s Jewelry & Pawn shop, amid looting and violence in the days after former Minneapolis police officer Derek Chauvin murdered George Floyd. An alarm had been triggered in the early morning of June 3, 2020.

The store was being robbed, and it was Dorn’s practice to respond to such alarms at the shop. Instead, he was fatally shot. Authorities said Cannon was responsible.

According to KMOV, Stephan Cannon and others were caught on video stealing several TVs:

According to charging documents, Cannon and other people can be seen on surveillance video leaving a Pontiac G6 just outside the pawn shop and then going in the store and grabbing several televisions. At some point, Cannon was the only one standing at a corner outside the store and then Dorn arrived. Police said video shows Cannon pointing the gun at Dorn and then Dorn is seen falling to the ground.

Witnesses told police someone yelled to the people inside the store and told them it’s time to leave after shots were fired. Police found several 9mm shell casings at the corner.

Cannon, the driver and another person got inside the G6 and left the area.

On the night Dorn died, four other officers were also reportedly shot. Dozens of area businesses were also burglarized or damaged, according to reports.

Dorn had severed 38 years with St. Louis police and left the force in 2007 but instead of resting on his laurels, he ended up serving as chief for the nearby small town of Moline Acres.

“He couldn’t stay retired,” Powell previously said, according to KTVI. “My dad is that kind of person – he believed in black and blue. Police work ran through his veins.”

Dorn’s widow Ann Wood-Dorn said her husband’s murder triggered PTSD in her and she had to retire after 28 years with the SLMPD. She couldn’t get full pension and had to move out of her house

Lisa Dorn says her father’s death has been used as a “political pawn” to support causes her father would never support. “He would not approve of any of it.”

“He was murdered by the type of young man my father tried to save,” David’s daughter Lisa Dorn said, according to KSDK.

Cannon, whose defense attacked the credibility of a key witness identifying him as the killer, maintained his innocence at the hearing on Wednesday.