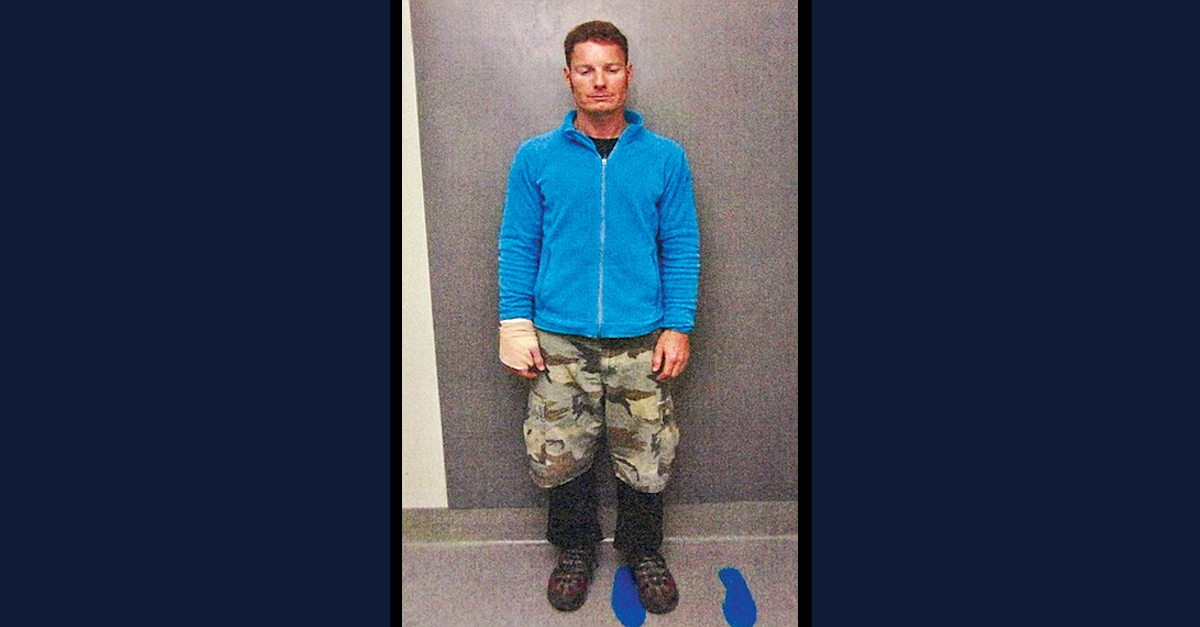 A Southern California man was found guilty of murdering his own father on Wednesday.

Leighton Bromiluy Dorey IV, 44, was convicted of murder in the first degree over the 2017 slaying of 71-year-old Leighton Dorey III, who was killed in his own home in Rancho Santa Fe, California.

The victim’s body was found on May 30, 2017 when his wife returned home. At first unidentified, authorities would later assess that Mr. Dorey was killed by blunt force trauma to the head, neck and torso.

The younger Dorey was quickly identified as the likely suspect and then arrested deep in the woods of Idyllwild in Riverside County without incident by law enforcement task force members.

The now-convicted patricidal killer was tried twice in the case.

The first trial, in 2019, resulted in a hung jury. There was a lone holdout who refused to convict. During that trial, prosecutors offered a motive of financial frustration succumbing to rage after Mr. Dorey refused to continue supporting his adult son. The defendant had just returned from living in France for four years and was upset at being cut off, prosecutors alleged, according to the Times of San Diego.

The defendant’s stepmother arrived home to find her husband’s “bloody, brutally beaten, strangled and tortured body,” Lavermicocca said, according to Times reports. She went on to describe a corpse with significant injuries, including numerous fractures, a broken nose, a broken jaw. Some of the deceased’s skin and teeth were left sprinkled across his body.

Prosecutors hewed to their original narrative the second time around. As did the defendant, the Times reported.

Dorey testified that he accidentally killed his father in self-defense after being attacked with a belt. During the resulting scuffle, he said, he attempted to place his father in a sleeper hold and inadvertently killed him. The defendant also said testified that his father had a history of anger issues and that the deceased man was physically abusive to him when he was a child. On top of that, he claimed, the two had a less than stellar relationship as adults.

That all culminated with his return to his father’s sprawling home, he said. The defendant testified that he had returned home in order to repair the longstanding fractures between the two — including an allegation that his father tried to poison him in 2013.

The eventual victim was uninterested in any of that, the defendant said, telling jurors that his father was “in no way empathetic or interested in trying to resolve whatever my concerns were.”

Afer dismissing the poisoning allegation, the younger Dorey testified, his father gestured at a painting of his son and said: “That’s the L.B. I prefer to remember,” using the family’s nickname for the son. Then, the defendant said, he bent down to tie his shoe as his father shouted: “Now, you’re dead,” and began to choke him with a belt.

After his father was dead, the son told jurors, he panicked and first attempted to stage his father’s body as the result of a suicide. That didn’t work out, he said, so he then staged the death as an accidental fall down the stairs. The state in which those actions left the older man’s body, he admitted, was “horrific” and “repulsive.”

“I do think what I did was wrong,” he testified. “But it’s not murder.”

Leighton Bromiluy Dorey IV faces life in prison after being convicted of murder along with a special circumstance allegation of torture.