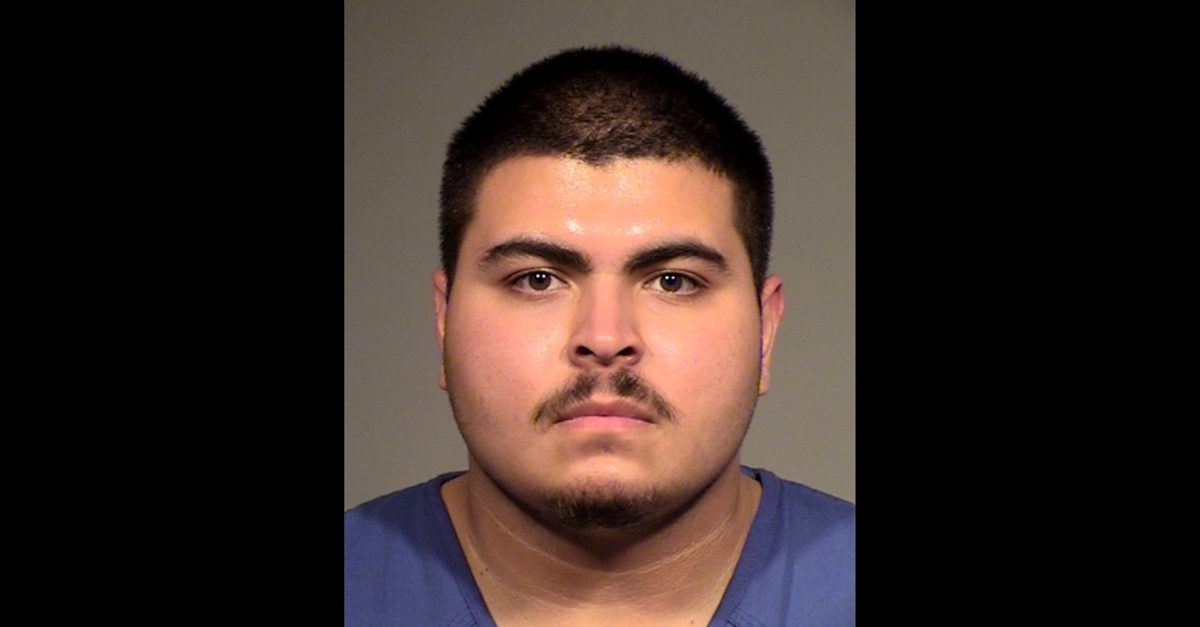 A man allegedly tortured and murdered his girlfriend, who was found dead early Christmas Eve, according to deputies in California. Saul C. Nava, 21, remains at the jail in Ventura County early Monday, online records show.

According to local deputies, they responded to an emergency call on McCloud Avenue in the city of Thousand Oaks.

“They arrived and found a woman who was unresponsive, with serious injuries,” authorities wrote. “Emergency personnel were unsuccessful with lifesaving measures and the woman was pronounced dead. Investigators found evidence that the victim had been tortured prior to her death.”

Authorities did not identify the victim, but they did say she was 24 years old.

Nava was at the scene, deputies said. Officials said they arrested him for murder, mayhem, and torture.

Man Arrested In Connection With The Death of His Girlfriend https://t.co/V6Cx9G2bjI

“Detectives executed a search warrant at Nava’s residence and seized evidence related to the crimes,” deputies wrote. “This was an incident of domestic violence, and there is no outstanding threat to the community.”

Authorities did not suggest a motive, and they did not detail what allegedly happened before the fatal attack. The investigation is ongoing.

“Anyone with information regarding this incident is encouraged to contact Sheriff’s Major Crimes Sergeant Albert Ramirez at (805) 384-4761,” deputies wrote. “If you prefer to provide information anonymously, you may call Crime Stoppers at 800-222-TIPS (8477).”

Nava is scheduled for an arraignment to take place Tuesday. He remains held in lieu of $2 million bail.