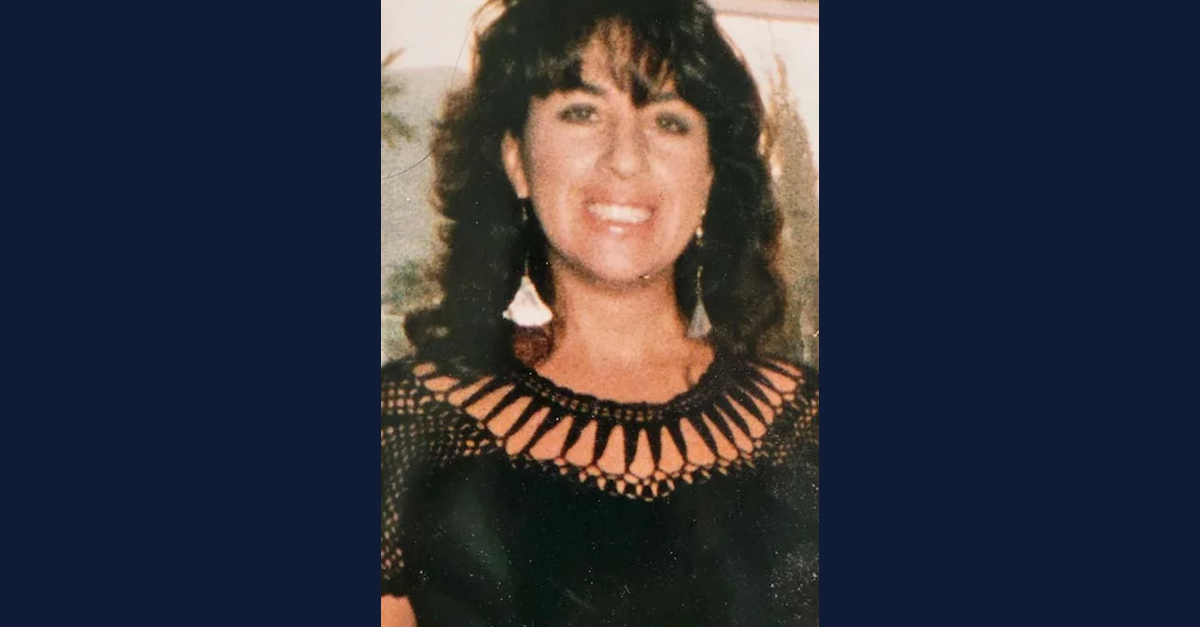 Cheri Huss was 39 years old when she was stabbed to death in the small town of Desert Hot Springs, Calif. on April 24, 1994. Aside from numerous stab wounds, the killer also left several bite marks on his victim.

Saliva from the killer’s imprinted teeth has now led to an arrest.

According to the Riverside County District Attorney’s Office, Sharron Eugene Gadlin, 48, was arrested on March 4, 2022 after being pulled over by investigators in Gardena, Calif. He is currently being detained in the Riverside Southwest Detention Center on $1 million bail.

“I hope Cheri and her family will finally get the justice they deserve and have waited so long for,” Riverside County District Attorney Mike Hestrin said in a statement. “Our cold case team of investigators will continue to use cutting edge technology to solve old murder cases across Riverside County. Our prosecutors will continue to vigorously prosecute these murderers until we get justice for their victims.”

Huss, a mother of three, was found dead inside her own apartment. Homicide investigators determined she had attempted to fight off her attacker, resulting in his blood being found at the scene of the crime. Later testing determined that the killer was male and that the blood matched the DNA profile of the saliva in the bite marks.

Huss’s body was found on the floor of her residence by her parents. The slain woman was partially nude. She had just spoken with her parents the night before, according to the Desert Sun.

“She sounded desperate,” Huss’ mother, Ruth Friedman, told the paper in 1998. “She told us someone had been taking photos of her and hanging up when she answered the phone. It was terrifying.”

The victim’s children were 14, 13 and 8 years old at the time she was killed. They were staying with their father — the former couple had recently become divorced — on the horrific night in question.

Years passed, however, and the case eventually went cold.

Even efforts to obtain results by way of the FBI’s vaunted Combined DNA Index System (or CODIS) proved futile.  That system matches unidentified DNA profiles with those of known offenders — and it has featured prominently in numerous cold cases solved over the past few years.  The DA said it failed to yield answers in Huss’s case.

According to Hestrin, “years of investigation and regular attempts to match the suspect’s DNA profile” to a CODIS hit “came up with no match.”

On Valentine’s Day, Feb. 14, 2022, forensic genetic genealogy led the Riverside County Regional Cold Case Team to develop Gadlin as a person of interest in the case. Additional investigation had determined the defendant lived in Thousand Palms, Calif. in 1994, some 12 miles from where Huss was found murdered.

Police soon had a court order, and a saliva sample from Gadlin was collected later that same day. Four days later, on Feb. 18, 2022, the California Department of Justice crime lab returned results that suggested Gadlin’s recently-provided sample was a match for DNA profile associated with the saliva found in the bite marks.

It is unclear whether the victim and the defendant knew one another.