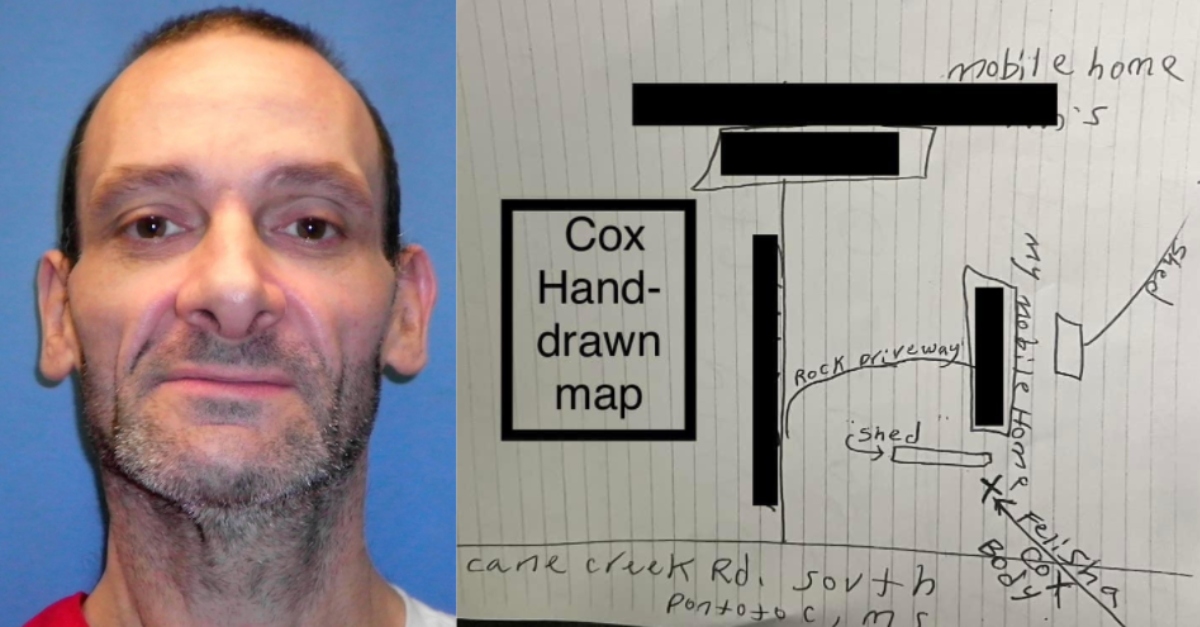 David Neal Cox, and the map he drew, claiming it leads to Felicia Cox’s body.

Authorities in Mississippi found the presumed remains of a woman after her since-executed brother-in-law revealed her whereabouts through a hand-drawn map. Felicia Cox, 40, was presumably discovered dead on Sunday after her killer and brother-in-law David Neal Cox, 50, confessed through an attorney, the office of First Circuit District Attorney John Weddle said.

Identification of the remains is pending, but this development could mark the end of a more than decade-long search for the missing woman. The map was drawn before David Cox was executed on Nov. 17 for killing his estranged wife Kim Kirk Cox, 40, in a horrifying, unrelated 2010 murder.

“The remains have been transported to the Mississippi Medical Examiner’s office where an autopsy will be performed and DNA material extracted for analysis in the coming days to confirm the identity of the remains,” Weddle’s office wrote of finding Felicia’s presumed remains.

Felicia Cox, a mother of two and the wife of David Cox’s brother, disappeared in 2007. Her 1999 Chevrolet Blazer was found abandoned on Waldo Road in the Randolph community of Pontotoc County. Her purse and medication were inside the locked vehicle.

“He was literally the last person with her when she was alive,” Felica’s daughter Amber Miskelly told WTVA in a November report.

The daughter and other family members were there and able to see the recovery of the remains, Weddle’s office wrote on Monday. 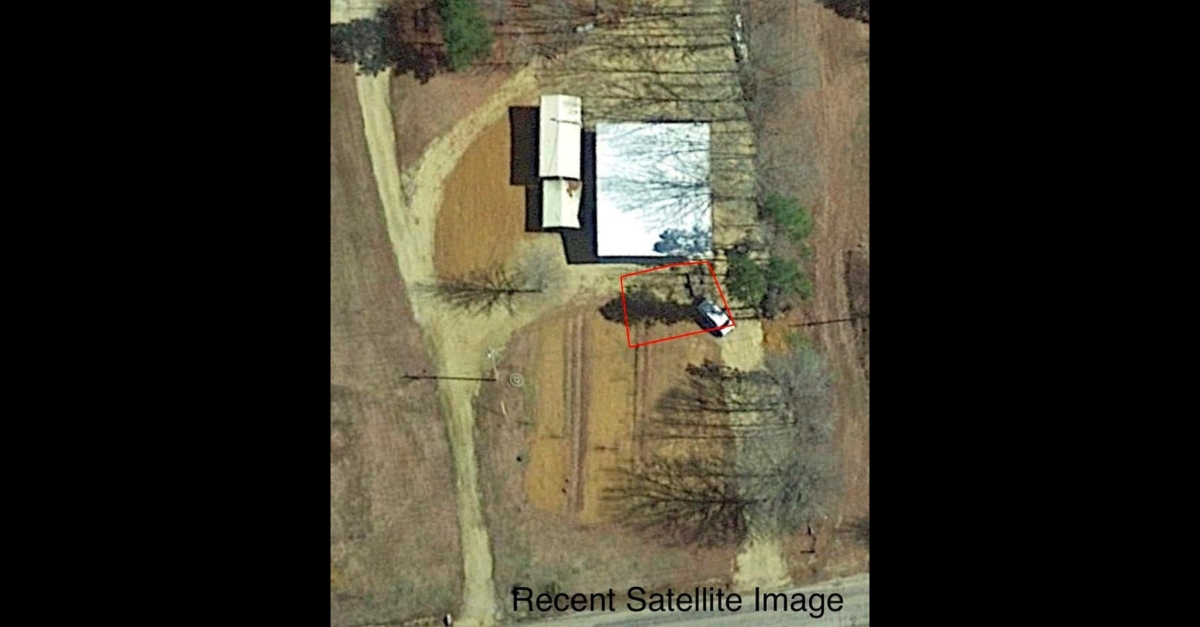 David Cox terrorized his relatives for quite some time. His stepdaughter Lindsey Kirk, 23, told The Associated Press in an on-the-record interview that he had sexually abused her for several years, but she did not immediately tell anyone because “He always told me that he’d kill us.”

She found the courage to tell her mother. David Cox was arrested for statutory rape, sexual battery, child abuse, and possession of methamphetamine.

Her stepfather was released from jail in April 2010, however. Kim Cox got a restraining order against him and moved in with her sister, bringing Kirk and two younger sons with her.

On May 14, 2010, David Cox attacked the home, shot Kim in the arm and abdomen, and sexually assaulted Kirk three times in front of the dying mother. He held the family hostage for hours as Kim, Lindsey, and one of the sons were trapped. The last indication Kim was alive was after midnight on May 15, 2010, authorities reportedly said.

David Cox would end up waiving his appeals and counsel, and asserted he was “worthy of death.” From a letter to a trial court in July 2018 [spelling errors in original]:

if I had my perfect way & will about it, Id ever so gladly dig my dead sarkastic wife up of in whom I very happiliy & premeditatedly slaughtered on 5-14-2010 & with eager pleasure kill the fat heathern hore agan . . . & would do it agan & agan, happilly if chance was given.

I seek to bring clousure to my victims & family & all I hurt whether it be emotionally, phsyikally or both, by the speedy execution of my guilty body

“He’s evil,” father-in-law Benny Kirk said of the killer before the execution, according to the AP.

Lindsey Kirk voiced an ambivalence about David Cox being put to death.

“When I found out that he was wanting to go ahead and get it over with, I wasn’t really happy about it. Like, I kind of just wanted him to sit there,” she had told the AP before the execution. “I guess I’m OK with it now.”

Aaron Keller and Colin Kalmbacher contributed to this report.

[Prison photo via Mississippi Department of Corrections; image of the map via the office of First Circuit District Attorney John Weddle]