Tennessee Mom Arrested on Meth, Child Abuse Charges After Allegedly Sleeping in Car While ‘Small Child’ Was ‘Awake and Unattended’ in Back Seat 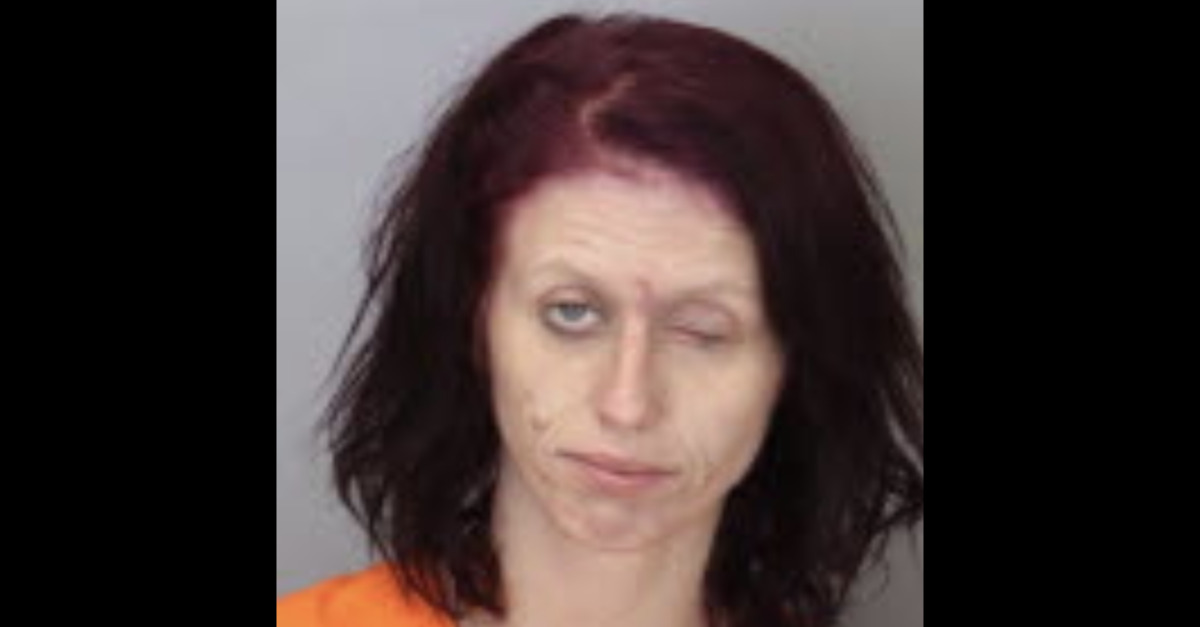 A Tennessee mom faces child abuse charges after being arrested while sleeping in her car on Monday.

Chrissy Throneberry, 24, stands accused of child abuse and neglect, unlawful methamphetamine possession with intent, and two counts of possession of drug paraphernalia over the circumstances of how she and another man were discovered inside the car in question.

According to Shelby County Court records reviewed by Law&Crime, four members of the Memphis Police Department responded to the alleged drug crime scene just before 3 a.m. on Monday.

Two MPD officers attested that they previously had “observed a black, four door sedan occupied by two people in the parking lot” of an AutoZone near the Chickasaw Country Club. The arrest affidavit, however, does not say when this first sedan sighting allegedly occurred. But the car was there, the officers alleged, “when the business was closed, with the engine running and the headlights on.”

“Officers subsequently got dispatched to multiple calls within the precinct and were unable to do a welfare check at that time,” the affidavit goes on. “Officers were in the area again at 02:55 and noticed this same vehicle in the same location and position, unmoved.”

Police claim the two responding officers “noticed two adults asleep in the front seat” as well as “a small child awake and unattended in the back seat, wearing only a t-shirt and jeans.” The temperature during the small hours of the morning at that time was just 36 degrees, the affidavit notes.

“The doors [of the car] were also unlocked,” police said.

Then police alleged, using constitutional terms of art that allow for warrantless entry and search, they saw the drugs.

“[An officer] observed in plain view in the driver’s side door a glass crystal meth pipe,” the affidavit continues. “When officers opened the door to detain the driver, later identified as suspect Chrissy Throneberry, [two officers] observed a second glass crystal meth pipe located in the bottom side of he [sic] driver’s side door. As suspect Chrissy Throneberry stood up for officers to detain her, a small plastic baggie with a clear, crystallized substance, recognized by officers as Methamphetamine, was left on the seat in plain view where Ms. Throneberry had been sitting.”

The man in the car was allowed to leave and was not charged.

Police say they tested the contents of the baggie and that it “tested positive for Methamphetamine by turning brown via the Marquis Regent [sic] test,” a reference to a basic reagent test that is often used to identify any number of controlled substances.

The defendant was subsequently arrested without incident. She is currently detained in Shelby County Jail East on $10,000 bond.

The child was placed in the custody of its grandfather after child protective services said they would be unable to arrive on the scene.

A hearing in the case was scheduled for Tuesday morning before Shelby County Drug Court Judge Tim Dwyer.

The dispensation of that proceeding was not immediately publicly available as of this writing, according to jail and court records.