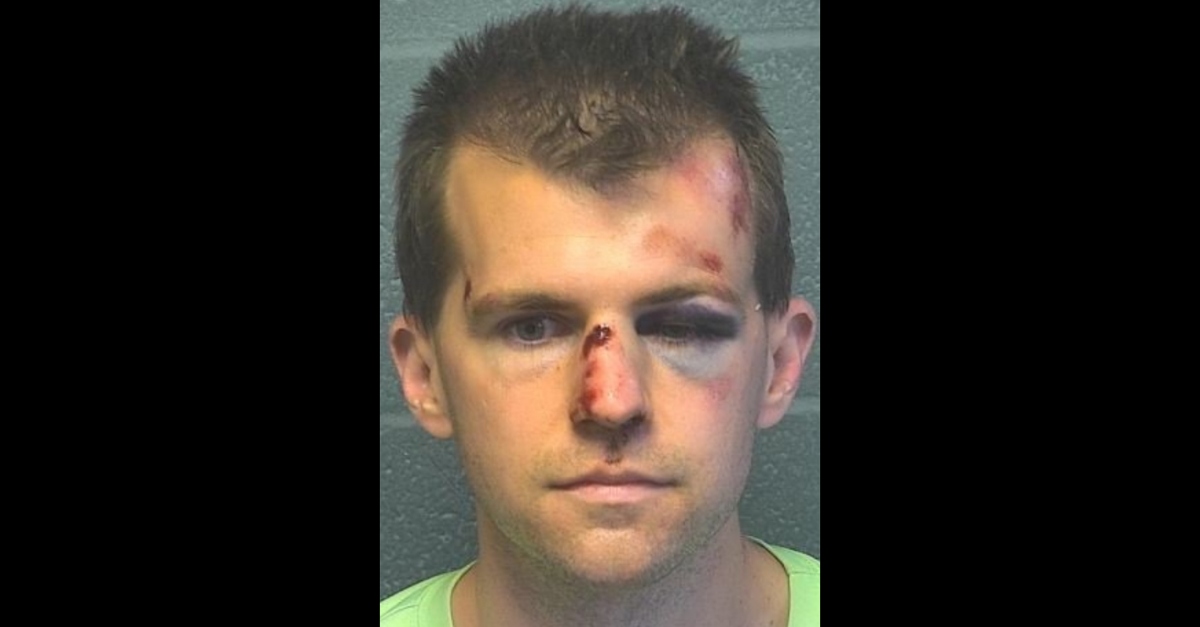 A church minister was tackled to the ground after he groped a 9-year-old boy, according to police in Oklahoma City, Oklahoma. Michael Coghill, 33, sustained a skull fracture and cracked eye socket, cops said in a KFOR report.

The allegation is that the child said Coghill — a stranger — “touched him on the back [at a bus stop] and he didn’t like the way it made him feel.” An adult, identified by News9 as the boy’s father, conducted a stake out.

“Yesterday, our adult that was made aware of the situation, actually stopped, retrieved a recording device, monitored at the bus stop, observed and viewed the suspect run past the bus stop, stop, come back, and then touch the juvenile,” Oklahoma police Sgt. Dillon Quirk told KFOR.

Local woman Lisa Ward told the outlet she has seen Coghill jogging in the area. He was bloody in the cop car, she said.

“Where do they just come out the woodworks and prey on children, and that he knew the time he would be there, every day,” she said. “That was like the most hard part, the most disgusting part.”

Coghill faces a count of lewd/indecent acts to a child. Records show he was booked into the Oklahoma City Jail on a $50,000 bond.

The Lakehoma Church of Christ fired Coghill, who was a minster. From their statement:

We were heartbroken to learn of the incident that occurred yesterday morning involving Mike Coghill, our discipleship minister. And we were shocked to learn this news through social media today. Mike has a clean background check, and we have received no reports or claims against him during his tenure at Lakehoma. We will be fully cooperating with law enforcement as needed.

Our hearts go out to the family and the child involved in the incident. We would encourage everyone to pray for this family during a very difficult time in their lives.

Our church leadership has no tolerance for any type of abuse. Safety is our highest priority for our community, congregation and especially our children. These past years we have made significant efforts to secure our children’s area providing the highest safety standards possible.

Our thoughts and prayers are also with the Coghill family. We love them and desire to show Christ’s love to them.

The elders met tonight and determined it was in the best interest of all parties for Mike to be relieved from all duties. He will no longer be on staff at Lakehoma.

Please share with the elders any additional information or concerns you might have. Our doors are always open.