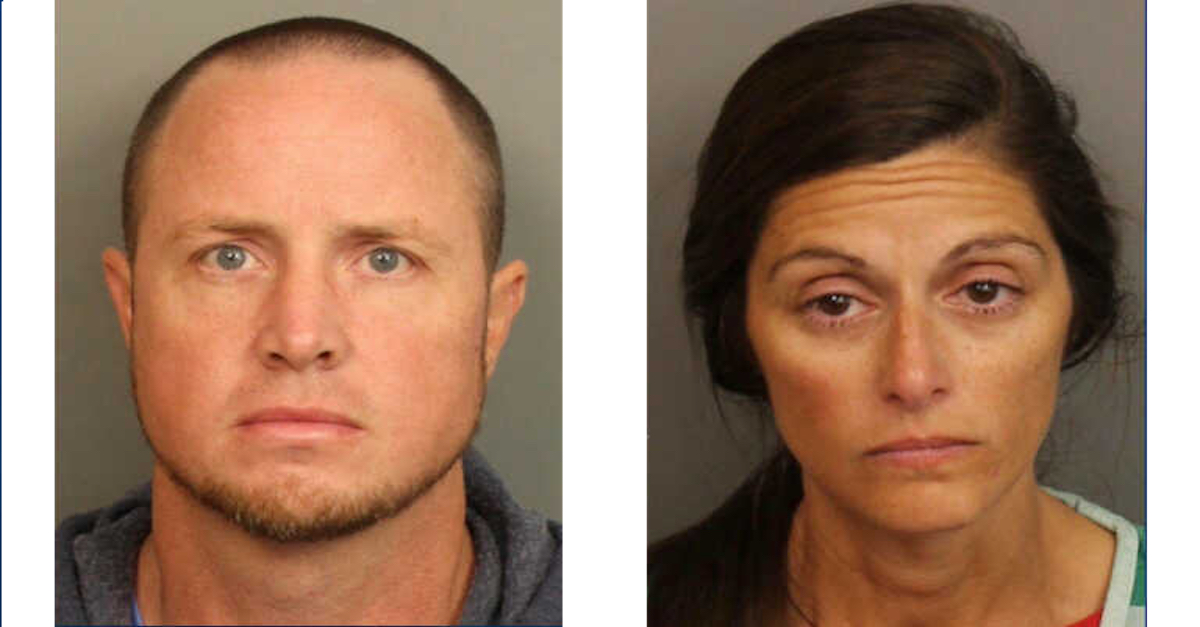 An Alabama father was arrested and charged with attempting to kill his adopted daughter less than two months after his wife, decorated nurse practitioner Kala K. Blakely, was indicted on similar charges. Officers with the Trussville Police Department took Bartley Blakely into custody on Friday afternoon after the 42-year-old was indicted by a grand jury last week, the Trussville Tribune reported.

Bartley, of Trussville, was booked in Jefferson County Jail and formally charged with one count of attempted murder involving his adopted 12-year-old daughter. Jail records show he posted $150,000 bond and was released at 11:13 p.m. Friday evening.

“It was taken through Jefferson County grand jury, and there was enough probable cause to issue the warrant to him as well,” Lieutenant Clint Riner reportedly told the Tribune.

As previously reported by Law&Crime, Kala was indicted and arrested on Oct. 25 and charged with one count each of attempted murder and aggravated child abuse.

In court records obtained by AL.com, prosecutors accused Kala of attempting to “intentionally cause the death” of her daughter “by medical neglect and/or strangulation and/or starvation and/or beating her.”

“[Kala] did willfully torture [her adopted daughter by] hitting her and/or stomping on her and/or refusing her medical treatment, and/or starving her, with said abuse having taken place on more than one occasion,” the indictment reportedly said.

Following Kala’s arrest, Trussville police said the investigation into the Blakely family began on Jan. 21, when the child—whose name was not reported but who was described as Spanish-speaking—was taken to the Children’s of Alabama hospital in Birmingham to be treated for a series of injuries and ailments. Due to the nature of the child’s condition, which doctors said was indicative of abuse, hospital personnel reportedly contacted the Alabama Department of Human Resources, who then reported the incident to Trussville police.

The child was reportedly emaciated and had sustained bruises in different stages of healing. She also reportedly had lacerations to her spine, legs, arms, and feet.

“The details of this investigation are very disturbing to me,” Trussville Police Chief Eric Rush said, per AL.com. “Our detectives took this case and did an excellent job in protecting this child from further abuse.”

The medical staff reportedly gave Kala a detailed set of instructions regarding how to care for her daughter upon the girl’s release from the hospital, all of which were ignored, investigators reportedly said.

Rush said the investigation was a multi-agency effort that involved Trussville police, the Alabama Department of Human Resources, the Jefferson County District Attorney’s Office, and the Prescott House Child Advocacy Center in Birmingham.

“This investigation began months ago and it was an exhaustive investigation that involved interviewing multiple witnesses and medical professionals,” Rush said, according to the Trussville Tribune. “Our investigators turned the information over to the Jefferson County District Attorney’s Office and they took the case to the grand jury.”

The Blakelys’ adopted daughter is reportedly no longer in their care.

The Jefferson County District Attorney’s Office did not immediately respond to a Law&Crime inquiry about the case.

Prior to her arrest, Kala operated Hometown Family Medicine. She earned a Master’s and Doctorate of Science in Nursing at the University of Alabama at Birmingham in 2010 and 2013, respectively. She also served as an assistant professor at the UAB School of Nursing. According to UAB’s website, Kala was honored in 2018 with the Nurse Practitioner State Award for Excellence by the American Association of Nurse Practitioners.

Kala was booked in the Jefferson County Jail and was released Oct. 25 after posting $60,000 bond, per jail records.