‘A Tragic and Heinous Case’: Man Allegedly Strangled Girlfriend’s Grandmother to Death on Her 93rd Birthday 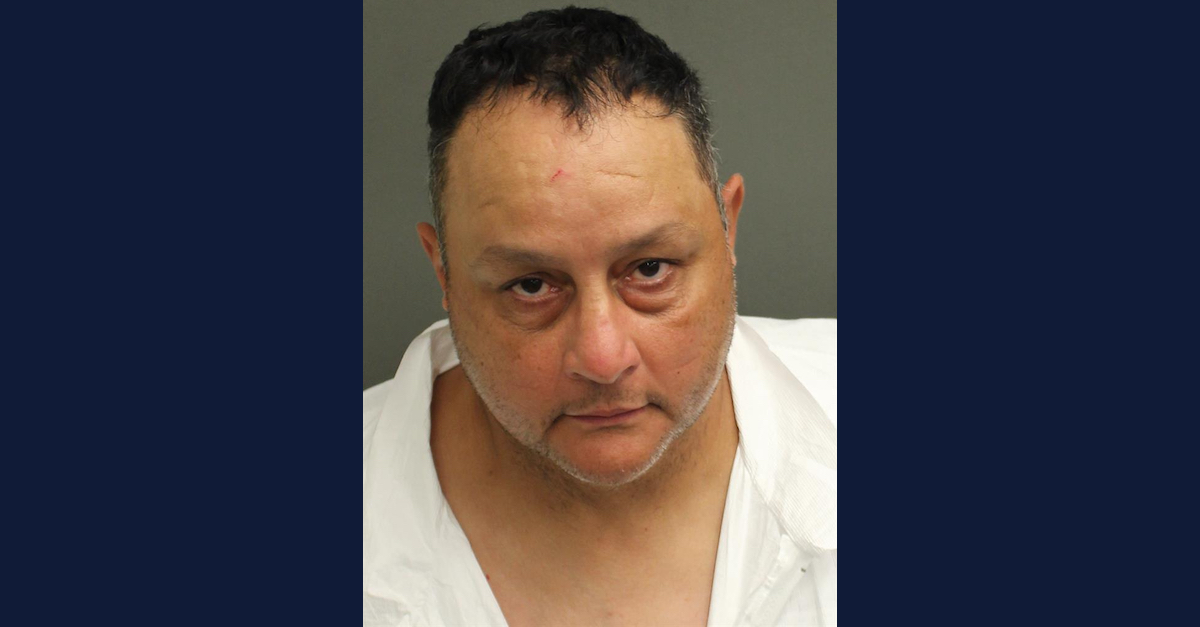 A Florida man has been arrested and charged with killing his girlfriend’s grandmother on her 93rd birthday.

Javier Rosado Martinez, 54, stands accused of one count of murder in the first degree over the March 13, 2022 death of 93-year-old Dolores Padilla-Marrero.

“This is a tragic and heinous case,” Orange County Sheriff John Mina said at a press conference on Thursday afternoon. “And our thoughts are with her family and with her loved ones.”

According to the OCSO’s lead homicide detective, Padilla-Marrero was found deceased on March 14, 2022. The night before, the victim’s daughter dropped her mother off at the assisted living center where she lived at around 8:00 p.m. After that, the same daughter had been trying to discuss “buying dresses” with her mother via text messages but Padilla-Marrero was uncharacteristically not responding.

The next morning, the daughter and her husband went back to the nursing home to check on Padilla-Marrero and discovered the worst.

According to an arrest affidavit obtained by Orlando, Fla.-based Fox affiliate WOFL, the elderly victim was found face up on her bed, naked, with a pillow over her face and a blanket covering her midsection.

The defendant is alleged to have killed her the night before, the sheriff said, after attempting to gain entry to the “secured senior apartment living residence” by himself — at first failing, and then having “another resident let him into the building.”

“She was brutally murdered by someone she knew, someone she had gone out of her way to help,” Mina alleged.

Orange County Sheriff’s Office Sergeant Joe Covelli said that homicide receiving the call that morning was unusual because deaths at such elderly facilities are usually due to natural causes.

In this case, however, responding uniformed patrol deputies “noticed some things that were very suspicious in the room,” the sergeant said.

According to Covelli, an autopsy report from the medical examiner came back the next day. The cause of death in the case was a combination of strangulation and blunt force trauma to her torso via cracked ribs. The manner of Padilla-Marrero’s death was homicide.

“We had processed the scene thinking this might be a homicide just in case,” Covelli said. “And thank god we did. Because it turned out to be what we thought it was. And in there, we found a necklace.”

The sergeant went on to explain that deputies only found part of the necklace, an image of which was held up at the press conference, a small horn-like pendant, without the chain. According to the OCSO, the pendant part of the necklace was “clue number one.”

The defendant “always wears that horn,” Covelli said, attributing the claim to his on-again-off-again girlfriend, who is one of Padilla-Marrero’s other daughters. And the horn, the sergeant said, was “wrapped in shirt next to our decedent’s body.”

Law enforcement also referenced various other forms of evidence they said “solidified” the case against Martinez but said they could not go into detail about. Some of that evidence referenced was video, DNA, and the defendant’s “unique body build” because he is 5’5″ and weighs 290 pounds and can therefore be pointed out “pretty easily.”

The sergeant also alleged that when Martinez was arrested at his home on a murder warrant in Casselberry, Fla., law enforcement found “items over there that linked him to our homicide.” When pressed about those items by a local reporter, Covelli said the defendant had the keys to Padilla-Marrero’s apartment in his possession.

According to Orlando, Fla.-based ABC affiliate WFTV, Martinez and his girlfriend got into a fight the night before when she suspected him of being under the influence of drugs, she reportedly told police.

“This is a horrific crime,” Covelli said. “To be 93 years old. To go your whole life and then this is how it ends. We all have parents and grandparents and this is not how they should end their life.”

When taken in for questioning, Martinez allegedly said he had “blacked out” on the night in question.

According to jail records reviewed by Law&Crime, the defendant is currently being detained by Orange County Corrections without bond.