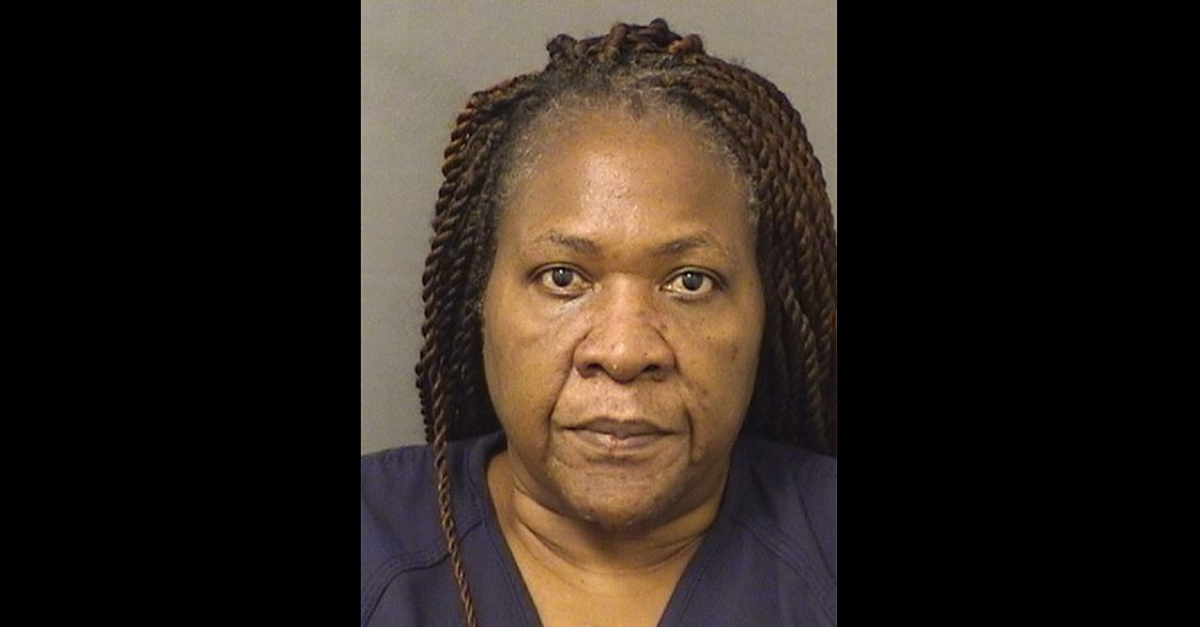 A marriage ended in grisly bloodshed, according to cops in Palm Springs, Florida. Joan Burke, 61, allegedly stabbed her husband Melvin Weller, 62, more than 140 times. The victim’s family said that he lived with physical disability, having trouble with both walking and his grip strength, police said.

According to officers, a 41-year-old man called 911 saying he came home from work to find his stepfather Weller lying on the kitchen floor in a pool of blood. The older man appeared dead. The dispatcher asked if anyone else was in the home. In this account, the stepson paused for several seconds and answered that his mother Burke was also there.

Officers arrived to find Weller lying upward on the kitchen floor in that pool of blood. He had what seemed to be multiple stab wounds and lacerations on his body, cops said. The medical examiner’s office determined Weller sustained more than 140 stab wounds all over his body. He had also sustained a skull fracture from a meat cleaver from the right rear area of his head, police said.

The pool of blood covered more than half the kitchen floor. A 13-galloon trash car was covered in blood and fell to the floor by the slain man’s feet.

“Cleaning tools, including a wet-mop cleaner, a broom and a dustpan, were on the floor near the victim’s body,” officers said. “All the items near the decedent were bloodstained. The numerous injuries to the body, coupled with bloodstains cast or otherwise spread on the walls, ceiling, counters, and cabinets made it obvious a violent struggle occurred.”

Judging by the cops’ story, they did not have to look far for a suspect. They said they found Burke in a bedroom, awake but silent.

“In that same kitchen where the victim was found the officers noticed blood spatters and blood smears on the walls, kitchen cabinets and counters,” police said. “A couple of knives and a meat cleaver were in the kitchen sink. Offices conducted a safety sweep of the home and discovered the decedent’s wife, Joan Burke, age 61, lying in bed in the master bedroom. Burke was conscious and alert, but remained mute.”

Officers said she had cuts on both her hands. They suggested she accidentally cut herself during the stabbing, with the fresh blood from the attack causing her grip to slip on the handle of the murder weapon.

“Joan Burke had lacerations on the palms of both hands,” officers said. “It is very common for the offender to have lacerations to the palm of one or both hands when he or she stabs another person. This is especially true when the victim is stabbed many times, as was the case with Mr. Weller’s death.”

Medics pronounced Weller dead at the scene while Burke was taken to a hospital for evaluation, police said.

Officers said they executed a search warrant and found a tied-up plastic bag on the kitchen countertop containing Burke’s bloodstained nightgown. There was also a cellphone also in the bag, they said. Cops were still figuring it out, but they think it belonged to Weller.

Online records did not name an attorney for Burke. She remains as a Palm Beach County jail without bond.