6-Year-Old Boy Found Dead in Trunk of Mom’s Car Had Been Shot Up to 9 Times: Authorities 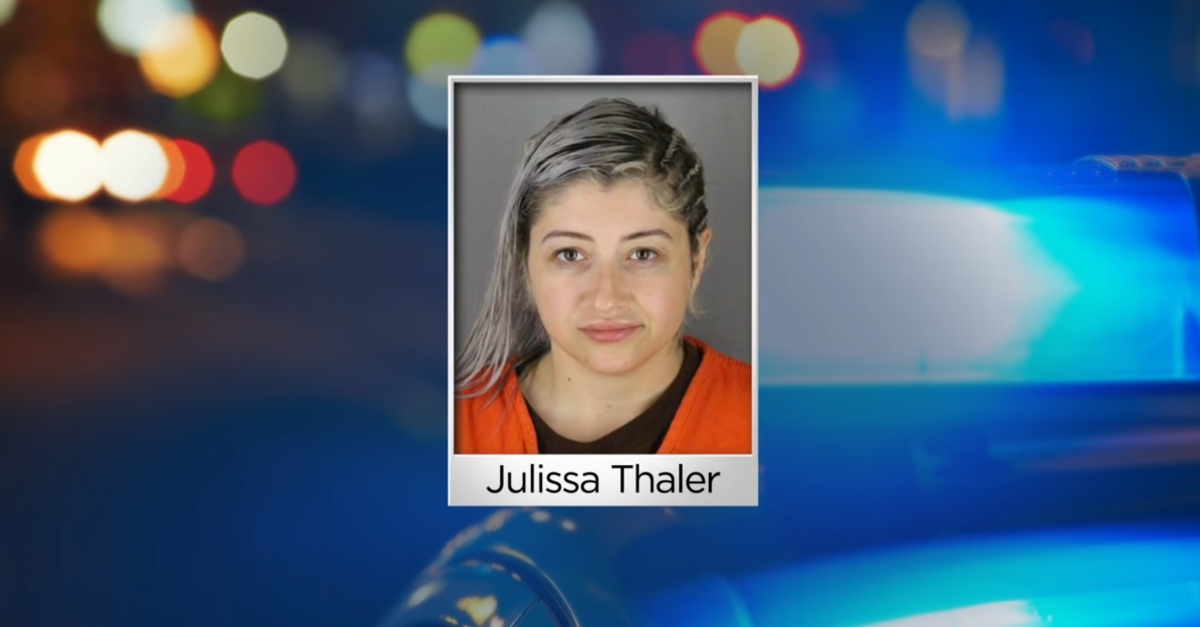 A young murder victim found dead in the trunk of car had been shot up to nine times, authorities said after arresting the boy’s mother.

Defendant Julissa Angelica Genrich Thaler, 28, is charged with second-degree murder in allegedly killing Eli Hart, 6, according to The Star Tribune. A 27-year-old man was also arrested in the case, but prosecutors in Hennepin County, Minnesota, say there currently isn’t enough evidence to formally charge him.

As previously reported, the suspect was arrested Friday, accused of driving around with her son in the trunk of a damaged car. She was in a custody battle with Eli’s father Tory Hart. As may be expected, Tory’s fiancée Josie Josephson stood by him, but even Thaler’s family said they feared Julissa was a danger to Eli. They said that they stepped in to try to save the boy.

“I told the social worker and the guardian that I was worried that she would kill Eli to prevent his father from getting custody,” said Thaler relative and Eli’s former foster mother Nikita Kronberg, according to The Star Tribune. “I expressed those fears numerous times, and it was clearly brushed aside.”

“I gave the judge her detailed mental health history,” said her father, who asked not to be named out of concern for relatives. “I told him that she was displaying paranoia and auditory hallucinations. I said I feared for Eli’s safety. It all fell on deaf ears.”

That history reportedly included treatment in mental health institutions between 13 and 18, as well as diagnoses for depression, mood disorder, and borderline personality. Thaler did get custody of her son, however, reportedly putting restraining orders out on Tory after claiming he threatened her and hurt Eli.

Defendant Thaler’s father voiced full support for Tory, saying the man was incapable of what she alleged and that Tory was out of state when some of the incidents allegedly happened.

“Tory was the parent that Eli deserved,” he reportedly said. “He is the guy you want raising your grandchild.”

“Our deepest sympathy goes out to family and friends impacted by this tragic loss,” a Dakota County spokesperson reportedly said in a statement. They declined to answer questions about the case. “Due to privacy laws we cannot comment further.”

Cops in Orono, Minnesota, said they pulled Thaler over for a traffic stop Friday morning because the Impala she was driving was missing a front tire and had a smashed out back window, according to the complaint obtained by KARE11. Authorities said there was a live shotgun shell and spent casing inside the vehicle with an apparent bullet hole in the backseat. Thaler had blood on her hand, but they let her leave, authorities added.

Officers, however, soon determined probable cause to search the Impala. They said they found Eli dead in the trunk. There was also a shotgun in the trunk.

Defendant Thaler purchased a shotgun on March 17, six days after Eli’s father filed for custody, according to authorities in a Star Tribune report.

On Friday, officers went to Thaler’s apartment after discovering the body. The suspect was not there, but there was allegedly evidence that the suspect was washing clothes she had been wearing (the washing machine was allegedly running when authorities arrived). She tried to leave the area on foot, but she was arrested, officials reportedly said. Officers claimed to see what seemed to be blood and human remains in her hair.

Thaler remains at the Hennepin County Jail in lieu of a $2 million bond.