3 Adult Children Neglected Bedridden Mother So Severely She Had Mold Growing on Her Body: Sheriff 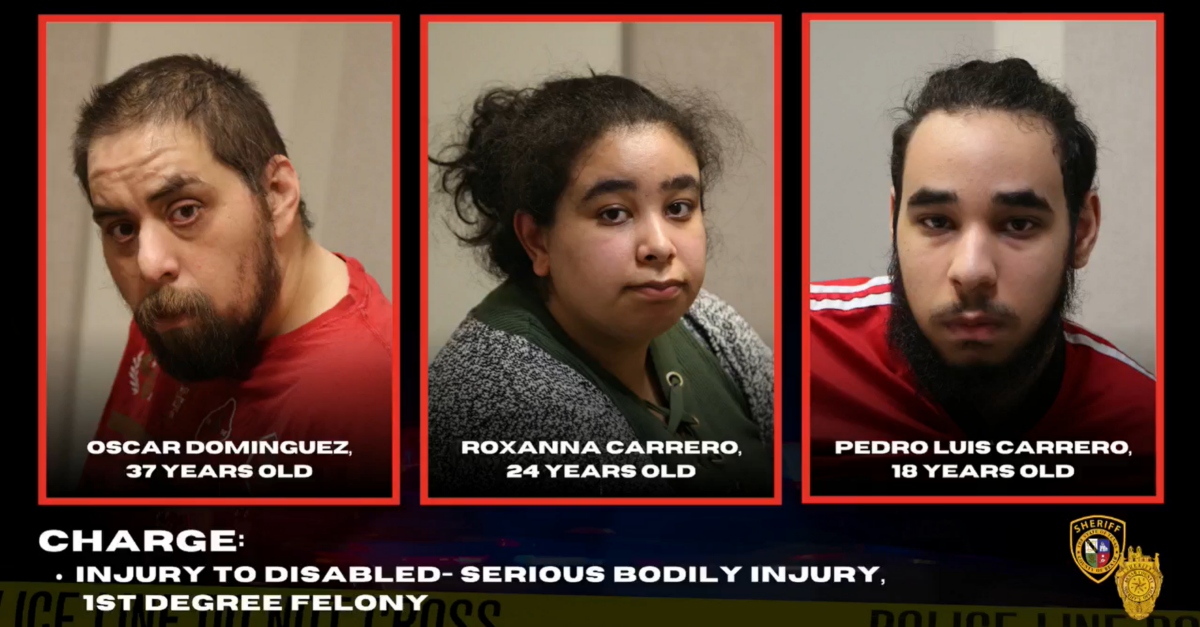 A Texas mother died after her three adult children allegedly left her to languish in home-based hospice care. Patricia Martinez, 57, initially survived after Bexar County deputies took her out of the residence, but she died on Saturday, Sheriff Javier Salazar announced.

Martinez was originally found wearing an adult diaper that had not been recently changed and was packed with feces “that were in a dried state,” the sheriff said. This caused infections in other parts of the woman’s body. She had “pretty substantial bed sores,” and mold growing on parts of her body, Salazar said. There were allegedly insects infesting the room where she was in. She had been suffering for quite some time, he said.

The trio, who lived with their ailing mother, received training from the state on how to treat her as she experienced health challenges including diabetes, Salazar told reporters. The adult children divvied up their duties, including changing Martinez, feeding her, cleaning her, caring for her wounds, taking her to medical appointments, administering some of that medical care, and being the breadwinners, the sheriff said. The defendants even got equipment to track Martinez’s treatment and were shown how to administer it, he said.

“And by all accounts, they did none of it for quite some time,” Salazar said, regarding their mother’s hospice care.

The sheriff did not provide an alleged motive in the case, but he did comment on the defendants’ alleged state of mind.

“I think they just all didn’t care,” Salazar said Thursday, speaking before Martinez’s death. Authorities expected her to die, as she remained at Northeast Methodist Hospital on a ventilator experiencing late-stage renal failure. “I think every last one of them has an equal hand in what ultimately happens to their mom and in my personal opinion, God have mercy on their souls when their time comes.”

Deputies said they learned about the case on Aug. 16. According to the sheriff, medical providers noticed Martinez experienced a “steep decline in her level of health.” They told Adult Protective Services, who in turn contacted the Bexar County Sheriff’s Office. Deputies discovered Martinez living in “deplorable conditions,” Salazar said. The sheriff told reporters the kidney failure was most likely due to medical neglect by her children.

Speaking Monday about Martinez’s death, Salazar said he was not sure if prosecutors will upgrade the siblings’ existing charges of injury to a disabled person by serious bodily injury, a first-degree felony. On Thursday, he supported charging Dominguez and the Carrero siblings with a homicide crime if their mother died.

A reporter, citing the affidavit, asked Salazar on Monday regarding whether charges were possible against the medical providers. Those providers had allegedly been overseeing the case since June and counseled these people at least three different times, she said.

“We wouldn’t rule that out,” Salazar said of possible charges against the providers.

He noted “warning signs,” including Martinez arriving for outside treatment “inappropriately dressed” wearing a t-shirt with no shoes, as if she was simply pulled out of bed. Hospital staff noted many times that the family did not help her get out of the car, he said. Instead, she had to get out out under her own power, which was likely difficult in light of her “advance state of deteriorating health,” he said.