12-Year-Old Texas Girl Who Shot Dad in Plot Against Her Family and Pets Has Died: Deputies 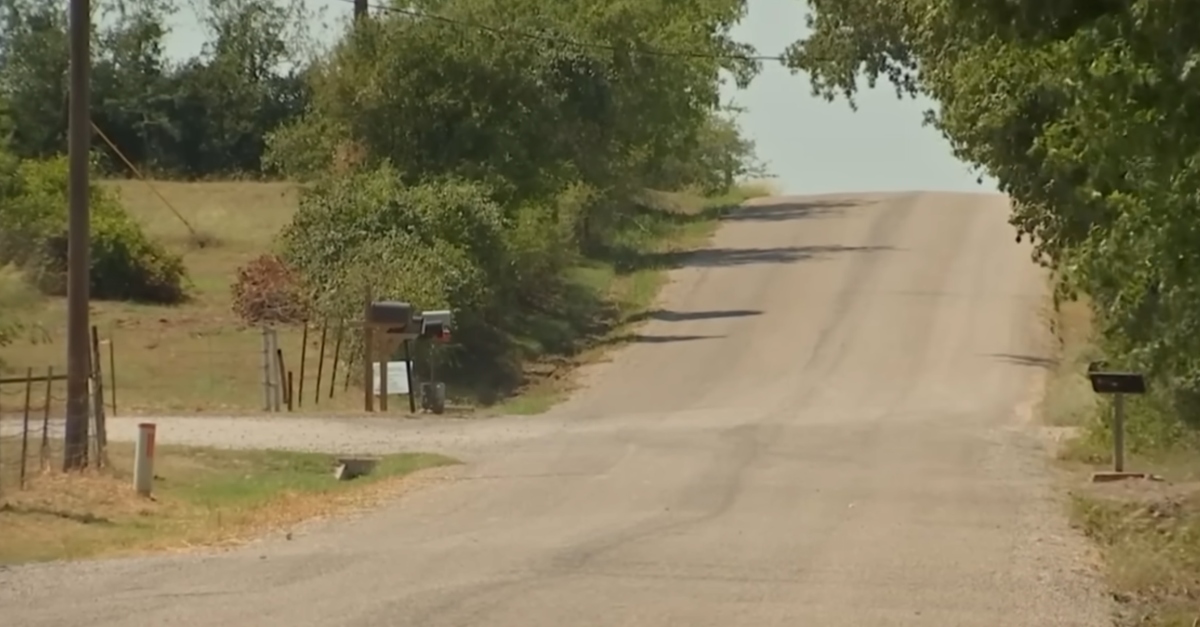 A 12-year-old girl who planned to kill her family and shot her father in Texas has succumbed to a self-inflicted gunshot wound, deputies announced on Wednesday. Her dad is expected to recover.

“The Tarrant County Medical Examiner’s Office performed an autopsy and ruled the cause and manner of death as a suicide by gunshot wound of head,” the Parker County Sheriff’s Office in Texas said in a statement obtained by Law&Crime. “Her father, who was the victim of a gunshot wound to the abdomen was recently released from the hospital is expected to recover.”

Deputies say they responded the night of Sept. 20 in northwest Parker County to find the 12-year-old girl in the street. She suffered from what seemed to be a gunshot wound to her head. Her father was found inside their home. He had been shot in the abdomen, they said. First responders took the father and daughter to local hospitals by air ambulance.

Investigators determined there was not only an attempted murder-suicide, but also a wider murder plot. This involved another 12-year-old girl, who lived all the way over in Lufkin, Texas, they said. Parker County is west of Fort Worth and Dallas in about the center of the state. Lufkin is further toward the east in Angelina County.  They claim this second 12-year-old planned on killing her own father and joined in planning the first 12-year-old’s actions.

“Sheriff’s investigators said the [first] juvenile is believed to have shot her father, fled the scene, and later shot herself,” deputies said. “A handgun was located lying underneath the juvenile suspect. Sheriff’s CID members discovered during their investigation that the juvenile suspect had planned for several weeks to murder her family and pets and had been in contact with another juvenile female from Lufkin, TX, regarding the murder plot. The other juvenile female had also planned to murder her father, but did not go through with the plan. The pair had then planned for the Weatherford [Parker County] juvenile to drive to Lufkin, pick up the second juvenile suspect and run away together to Georgia.”

The sheriff’s office has said they do not identify juvenile suspects, and with that in mind, they did not releasing the adults’ names in order to protect their names.

The surviving 12-year-old is charged with conspiracy to commit murder, authorities have said. Deputies did not release information on an alleged motive behind the plots.

“At this time, we are not releasing further information regarding this case due to the sensitivity of the incident, and the juveniles involved,” said Deputy Danie Huffman, a Parker County sheriff’s Public Information Officer, told Law&Crime in an email on Wednesday. “The case is currently under active investigation (Texas Government Code Sec. 552.108). You can find the juvenile exception listed under the Texas Family Code Sec. 58.007, regarding juvenile suspect(s).”

“We would like to take a moment to remind parents that it is so important to know who their children’s friends are — whether at school, on social media, and even online gaming platforms,” Lufkin police said in a Sept. 23 Facebook post about the incident.

“Because we’re here in Lufkin, we have boots on the ground here, so to speak,” Lufkin city spokesperson Jessica Pebsworth told KXAS in a Sunday report. “And so we were able to work in partnership with Parker County, go out, make contact with that suspect, collect the preliminary interviews that they needed.”