A 38-year-old woman in South Carolina was filmed smacking a camera away at the Summerville neighborhood pool, and things didn’t get any better for her from there. Stephanie Sebby-Strempel was arrested for allegedly assaulting law enforcement and a 15-year-old teen. She’s also being accused of spewing racial slurs at the teens.

The video of the incident has been viewed more than 600,000 times since being posted Sunday. It shows that Sebby-Strempel was pretty freely throwing hands around. The worst things she can be heard saying on video are “little punk” and “[the 15-year-old teen and his friends] did not belong and they had to leave.” According to the News Observer, the woman also used racial slurs.

She allegedly “hit [the teen] in the face at least twice.” Although she was the one threatening to call 911, it wouldn’t take long for police to reach the conclusion that the teen was the victim in this case.

“Sebby-Strempel is clearly the aggressor in the assault even going as far as to continue to assault the victim as he was walking away from her,” police said.

Why, you ask? After the Dorchester County Sheriff’s Office arrived on scene at Sebby-Strempel’s home Monday to arrest her, they say they were met with some resistance. Authorities said the woman resisted arrest by biting a deputy on the arm and pushing another into a wall, resulting in two counts of assault on a police officer.

The woman also faces a charge of third-degree assault for what you see on video. The teen wasn’t seriously hurt, but she allegedly broke the skin of the detective she bit and injured the knee of the one she pushed. 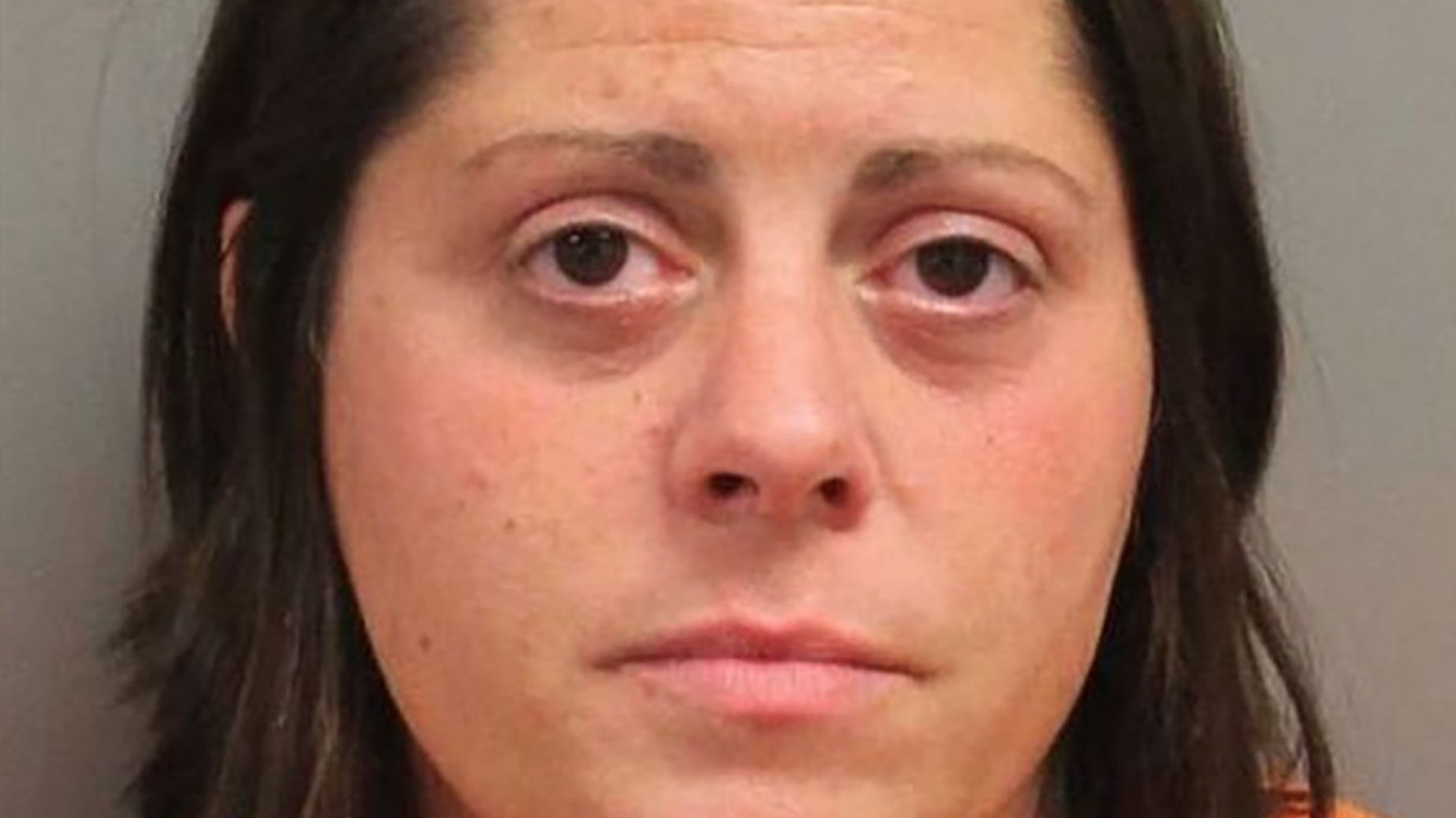 Sebby-Strempel could have been cooling off at the pool, but instead was welcomed to Dorchester County for picture day.