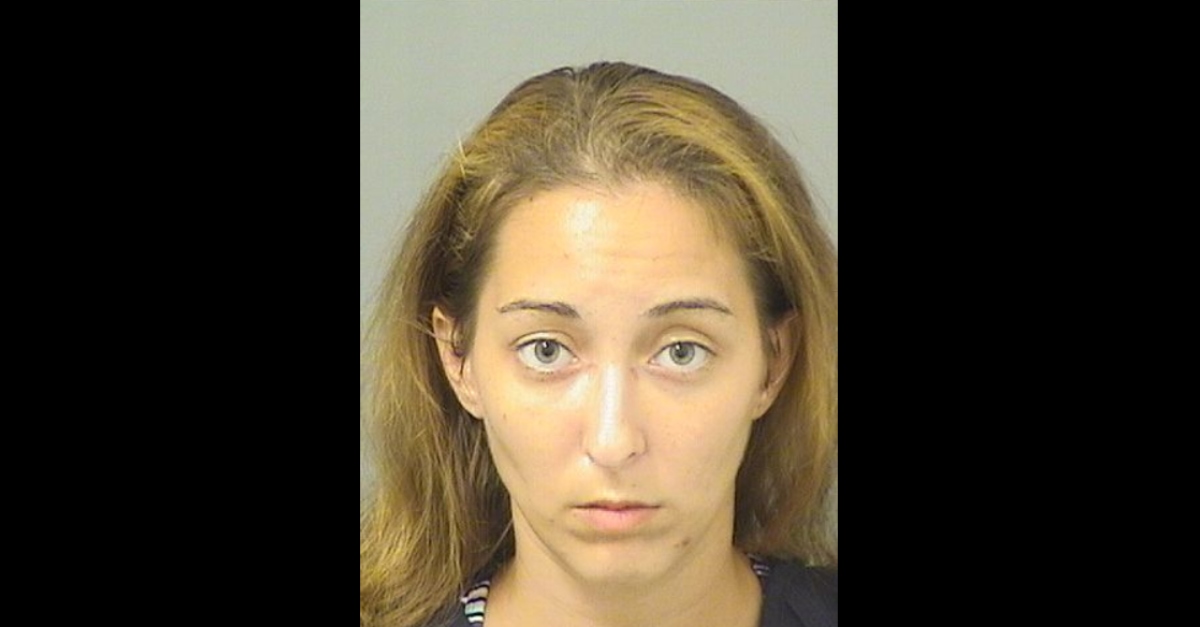 A woman in Palm Beach County, Florida allegedly slapped a child and called him a racial slur. Haley Erin Zager, 30, was arrested on Saturday, records show.

Boca Raton police say the incident happened at a Boomers entertainment center. The facility specializes in arcades, mini golf and the like, but what we’re talking about now is go-karts. A manager at the business told cops he tried to defuse an argument in the parking lot between Zager and a person, whose name was redacted in the arrest report obtained by Law&Crime. (The names of at least two people, including the child, was redacted in the documents.)

In this account, the manger said he was told by other staffers that there was an accidental collision between the defendant and the victim. Zager allegedly stepped out of her go-kart, walked up to another g0-kart, and slapped the driver in the face, according to this story.

The defendant allegedly told police that other vehicle rammed hers from behind at full speed; she got upset after the other driver didn’t apologize, and then she “tapped” him in the face.

Well, that other driver was said to be 11 years old. Zager allegedly admitted she should not have struck a child.

Police spoke to a person whose name was redacted. They gave the boy’s age and said that the child’s go-kart was stopped at the end of the ride. Another driver crashed full speed into a row of go-karts, causing a series of collisions, and resulting in the child’s vehicle striking the rear of Zager’s. The defendant then allegedly slapped the child across the left side of his face.

According to police, the defendant said after the incident, “That fucking n***** hit me in the back.”

Cops say there was swelling on the child’s left cheek. Local fire rescue gave him an ice pack to help with the swelling.

The defendant faces a count of child abuse. Police also claimed to find a number of unprescribed drugs on her, so she also faces a few drug charges.

Her attorney of record did not immediately respond to a Law&Crime request for comment.