A white woman in Oregon who was filmed threatening a black family on Christmas Eve with a knife and verbally abusing them with racial slurs has been arrested and identified.

The video, which went viral days ago, has resulted in the arrest of 39-year-old Amber Rose Rocco, pictured below. Rocco faces felony charges of intimidation, harassment, menacing and weapons charges, KATU reported. The Willamina resident was booked at the Yamhill County Jail on Friday. 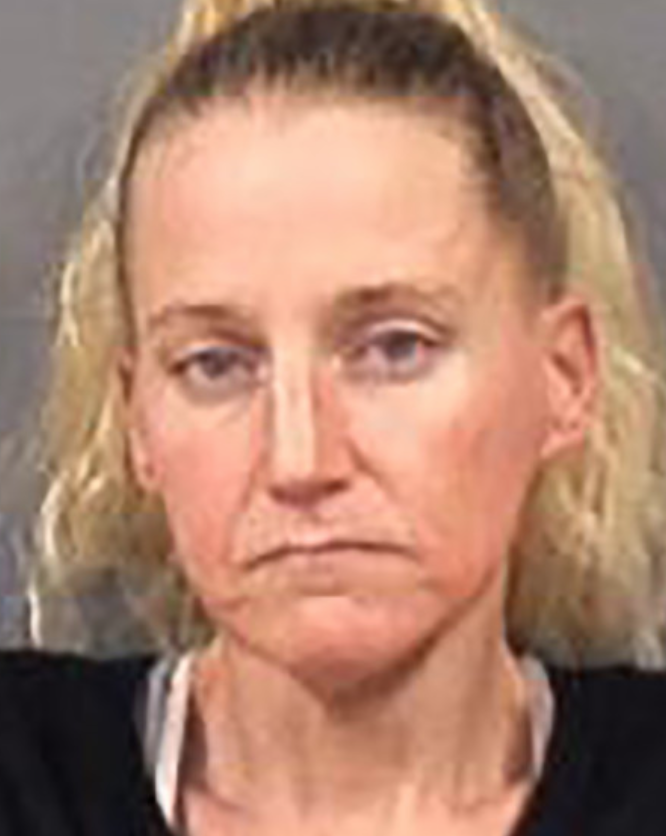 Two of the victims in this case, Emora Roberson and her boyfriend Keysuan Goodyear, said they want Rocco to get a mental health evaluation and education. Goodyear said, “I’d like to talk to her one on one.”

“I would ask her if she would want a hug or something,” he added. “She don’t even know who I am.”

Roberson, 20, recorded the footage of the senseless encounter on her cell phone.

Roberson told the Oregonian that she was out with Goodyear, her aunt, and her 15-month-old daughter at a strip mall parking lot on Christmas Eve for last-minute gift shopping. Their vehicle was next to Rocco’s pickup truck, which was parked in a handicapped spot although it lacked the required sticker.

Roberson said at the time that Rocco picked a fight with them because her aunt “parked crooked.” She said her daughter was asleep, and that Rocco “was basically trying to get into our car.” Roberson said Rocco slapped and spit on her boyfriend. Goodyear said something back, and the woman then pulled out a knife. That’s when Roberson began recording.

“You racist as fuck,” the camerawoman replied.

“She slammed the door on my foot and was acting way outta pocket,” Roberson wrote in a Facebook post of the incident. “Racism is alive and here right where we live. This woman got mad cuz we ‘parked crooked’ and starting callin us n******s, spit on my boyfriend, and slapped him in the face. This racist shit gotta go.”