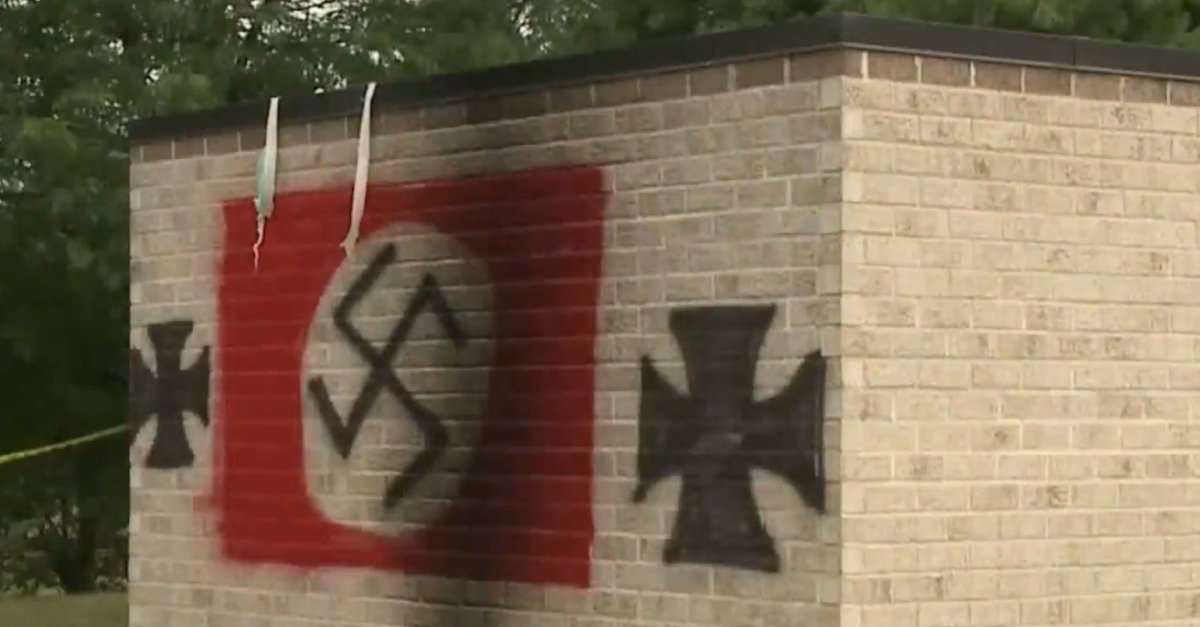 An Indiana man was sentenced this week for vandalizing a synagogue, and newly reported court documents detail how he supposedly became a Nazi. The defense of Nolan Brewer, 21, tried to shift blame onto his then-17-year-old wife for introducing him to increasingly harsher right-wing ideas.

They name-checked Ben Shapiro, saying his writings bridged “the gap” between mainstream views and the white supremacist site Stormfront.

The Daily Wire editor-in-chief, who is Jewish, denied that he could inspire an anti-Semitic attack.

Yes, if there’s one thing I’m known for — as one of the most prominent Orthodox Jews, targets of the alt-right, and critics of the alt-right in America — it’s directing Nazis to attack synagogues. What garbage. https://t.co/ckuIO5kEc0

Brewer was sentenced Wednesday to three years in prison for conspiring to violate the civil rights of Congregation Shaarey Tefilla in Carmel. The defense tried to show that he “wanted to please his new wife and the material seemed to make sense to him. Despite buying into these ideas, Nolan had always been a rather docile and a passive person and extremely averse to violence or lawlessness.”

Prosecutors told a different story. They described him as an enthusiastic participant in spray-painting swastikas and Iron Crosses on walls at the synagogue.

According to prosecutors, Brewer “was not remorseful” after it happened. “Witnesses will testify that he was unusually happy and excited. He showed them photos and gloated about the national news coverage. And, more than two weeks later, when arrested by the FBI, he still had the spray paint, explosive devices, and other tools in the trunk of his car.”

The wife’s defense lawyer Kevin Karimi said that his client was charged as an adult by the state, and she received probation after pleading guilty to arson.

“Ms. Brewer was in fact a minor at the time of the incident,” he told BuzzFeed News, who picked up the story from data scientist and activist Emily Gorcenski. “The fact that my client wasn’t charged federally speaks for itself. That said, the gravity of her actions were not lost upon my client. The anti Semitic crimes committed across our country are sickening.”