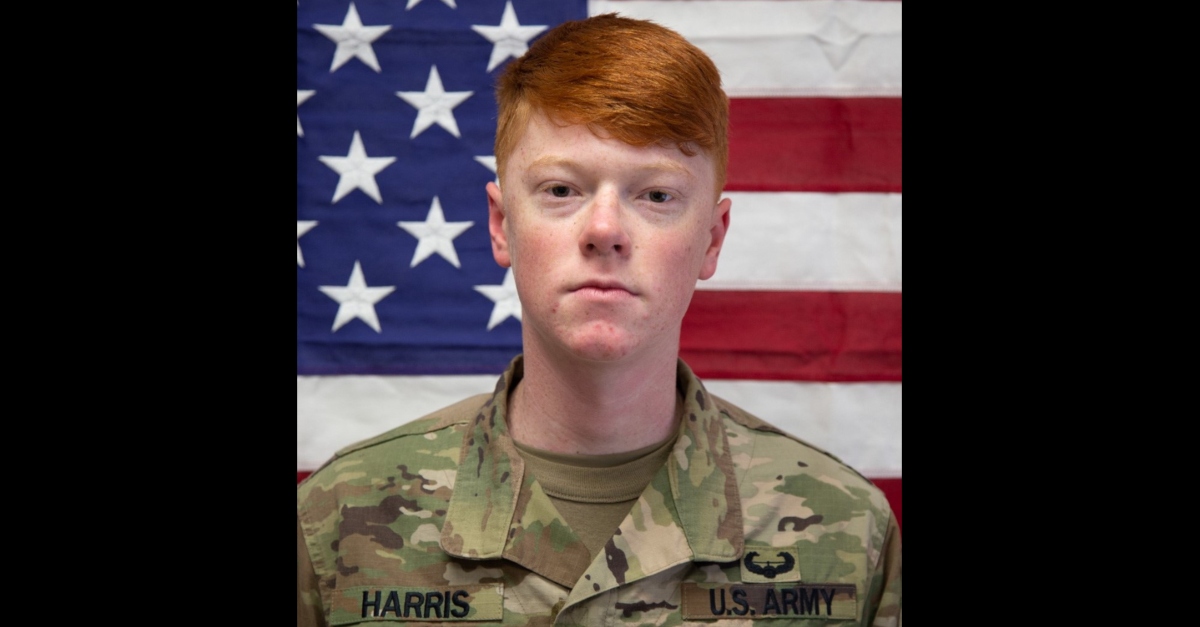 New Jersey prosecutors are formally charging the U.S. Army soldier who allegedly kidnapped and murdered Corporal Hayden Harris, 20. Counts against soldier Jamaal Mellish, 23, were announced Monday by the Sussex County Prosecutor’s Office. A 16-year-old boy, who was not identified, has also been charged in this matter.

Harris, who was stationed at Fort Drum in Jefferson County, New York, was reportedly missing on Dec. 18. The story from Army Criminal Investigation Command is that he was going to meet someone in the city of Watertown “for some type of vehicle transaction.”

Harris was posthumously promoted from specialist. Mellish was quickly arrested as a suspect. At the time, it was said that he allegedly drove in the area of New York City, and crossed state lines into Jersey. A juvenile was also said to be in the truck used to move Harris.

UPDATE: Corporal Harris has been found deceased, and the investigation is on-going.
“We are grateful to everyone who shared his picture or said a prayer for his safe return… keep his Family in your thoughts and prayers, as we will,” said Brig. Gen. Brett Funck pic.twitter.com/T90z3AWMrQ

Mellish is charged with first-degree murder, kidnapping, felony murder with an underlying crime of kidnapping, knowingly possessing a handgun without a permit, possession of a firearm with a purpose to use it unlawfully against a person, and suppressing evidence of a crime.

The 16-year-old is not charged as an alleged killer, but he is charged with felony murder, as well as the underlying count of kidnapping. He is also being prosecuted on a count each of knowingly possessing a handgun without a permit, and possession of a firearm with a purpose to use it unlawfully against a person.

Prosecutors said that Mellish is being held by the military in Oneida County, New York but faces extradition to New Jersey. The 16-year-old is at a juvenile detention facility. It is unclear if the defendants have attorneys in this matter.

Prosecutors say the investigation in this case is ongoing:

This investigation is ongoing and anyone with information is asked to contact Lt. Nicholas Elmo at the Sussex County Prosecutor’s Office 973-383-1570 or Det. Robert Tierney at the Byram Township Police Department at 973-347-4008.

Harris’ body will be returned home to Tennessee.