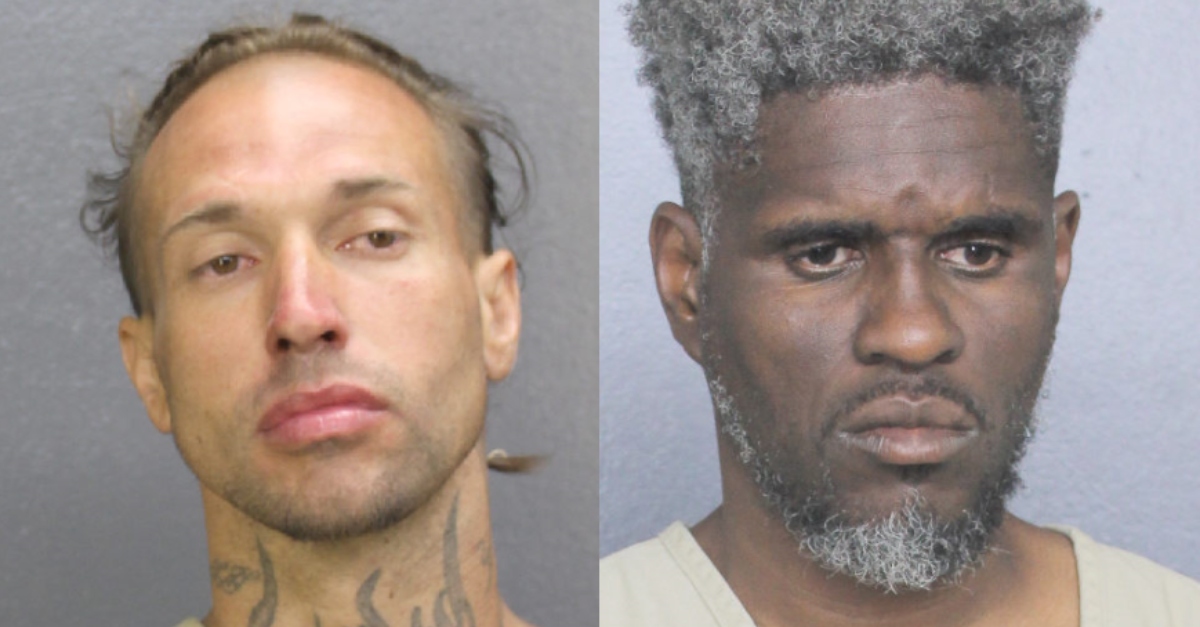 Cops in Coconut Creek, Florida say that two men entered a convenience store, claimed to have the novel coronavirus (COVID-19), and stole several items, including two cases of beer. Guess which brand.

According to authorities, the two men entered a CVS on Tuesday and claimed to “have the virus.” They made off with two 12-packs of Corona beer, and several containers of detergent. The CVS employees said that the duo left in an older white Chevy van. Authorities ran the tag number, and determined this vehicle had been stolen out of Ft. Lauderdale. Investigators trailed the van, and managed to box it in.

But Cyriacks allegedly ignored officials commands to show his hands and lie on the floor. He’s accused of fleeing on foot, but a detective apprehended him. The defendant allegedly threatened the official after refusing to give any biographical information.

“I’ll go to your house and fuck you up,” he allegedly said, and resisted arrest. Officials said that he had five previous convictions for petit theft.

As the alleged driver of the van, he was already in a little more trouble than Permenter, who was in the front passenger seat.

No attorneys of record are named for either defendant in this matter. No hearing information was listed.