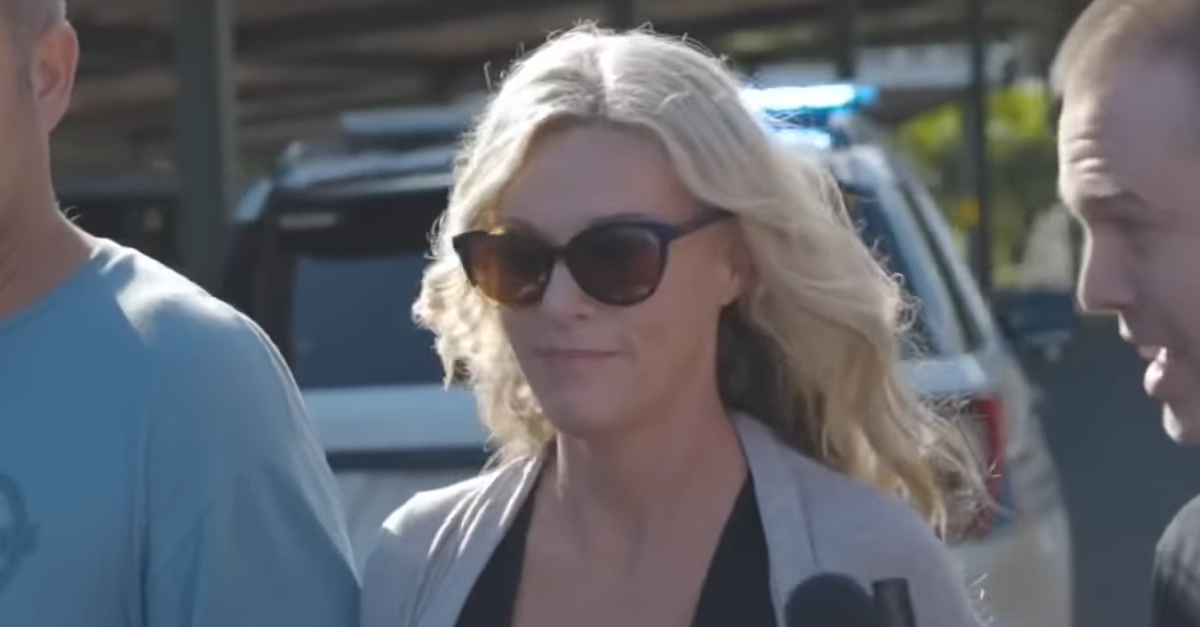 A heck of a lot allegedly happened with Lori Vallow and her family before the disappearance of her children, 7-year-old son Joshua “JJ” Vallow and 17-year-old daughter Tylee Ryan. We already knew this, but more and more details are coming out in on-the-record claims. Case in point: Dog trainer Neal Mestas told Fox 10 Phoenix Lori Vallow gave up her son’s dog shortly before moving from Arizona to Idaho, even though the pet helped out with the child’s life on the autism spectrum.

The kids went missing in September, soon after they arrived in the new state. Police blame their mom for stonewalling them on what happened to the children. She and her new husband Chad Daybell didn’t comment on the matter when confronted by a reporter all the way over in Hawaii. She also didn’t comply with a Idaho court order to turn over the children, authorities said.

The matter about the dog adds another layer of complication to the family’s backstory. Lori Vallow’s brother Alex Cox shot and killed her previous husband Charles Vallow on July 11 in Arizona, insisting that it was in self-defense. That sibling passed away in December of unclear causes. It’s also worth mentioning that Daybell married Lori Vallow just days after his previous wife Tammy Daybell passed away. Investigators exhumed Tammy Daybell’s body in December, amid the children’s disappearance.

Investigators have been looking into Lori Vallow’s behavior from before she left Arizona. Officials with JJ’s former school, the L.I.F.E Academy in Phoenix, reportedly said the mother told them a very different story about what happened to the late spouse. Lori Vallow withdrew her son via phone and email on September 5, claimed she received a job promotion in California, and said Charles Vallow died by suicide the previous month, school officials said according to Fox 10 Phoenix. Police in Chandler, Arizona got a search warrant for the son’s files, saying their investigation is related to conspiracy to commit first-degree homicide on July 11.

Mestas said that he got a call from Lori Vallow in August. She wanted to give away the dog, named Bailey. (The outlet also reported that the canine was put up for sale at about $2,500 after Charles Vallow’s death.)

“She told me they were moving up north,” he said. “I think she said Idaho or something like that. One of her daughters was in school in Idaho. She said they were moving up there to be with her, and so I said ‘OK, let me see if I can find a home.’ She said ‘I need you to come get him right now.'”

Mestas said she didn’t tell him what happened with her husband Charles, and he only learned learned the man had been fatally shot.

JJ didn’t have Bailey for just companionship. He was on the autism spectrum, and had trouble sleeping through the night, Mestas said. The dog was trained to help him with that.

“When we got to that point in the lesson, the Vallows said that was one of the first nights JJ stayed in his bed and slept through the night because he had Bailey in bed there with him,” Mestas said.

Bailey is now with another family, said the trainer.