Teens Are Going to Juvenile Detention for Shoving 74-Pound Log Off Cliff, Killing a Photographer 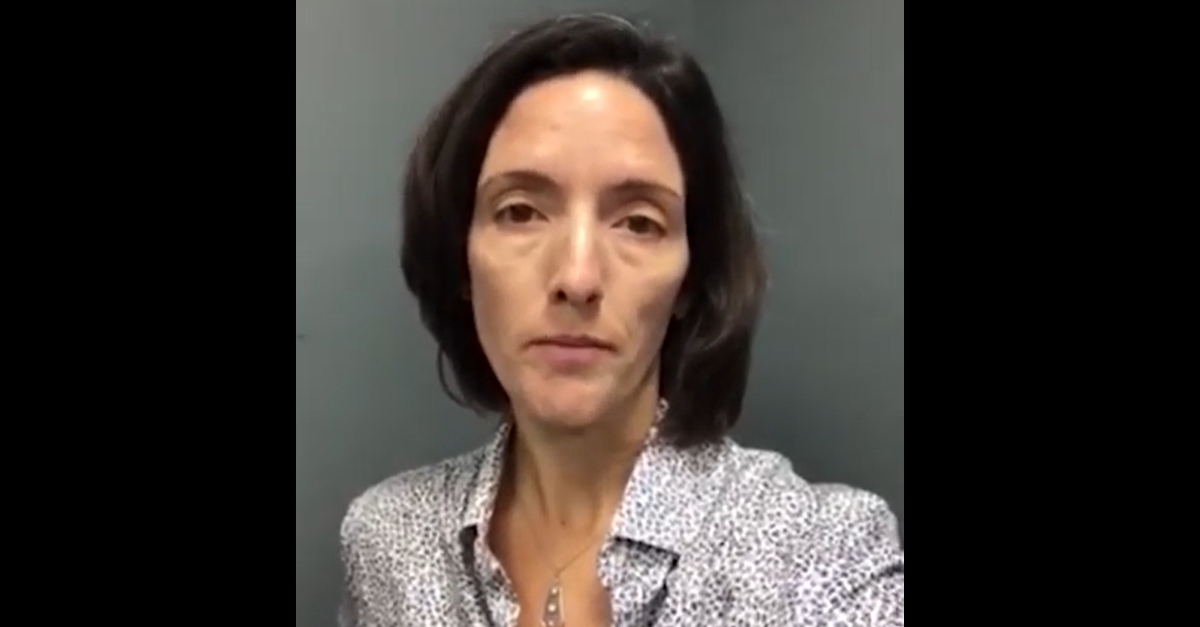 Two Ohio teenagers were sentenced on Friday in the death of photographer Victoria Keup Schafer, 44.

Jordan Buckley and Jaden Churchheus, both 17, had pleaded guilty after prosecutors said they forced a 74-pound log off a cliff, which fatally struck Schafer. They must spend three years in a juvenile detention center, according to 10TV. Law&Crime is naming them because they were previously charged as adults in a murder case before pleading down to involuntary manslaughter. Indeed, they could still face up to 4 and a half years in an adult prison if problems occur in juvenile lockup.

Prosecutors say Schafer was near Old Man’s Cave in Hocking Hills State Park on September 2, 2019, taking high school senior portraits when she was fatally struck by a log. Authorities ended up saying that Buckley and Churchheus, then 16, were behind it, and had in some manner pushed the log off a cliff. Interrogation footage showed that both defendants initially tried to dodge responsibility.

For example, Buckley denied kicking or touching the log, and he blamed Churchheus for it, claiming to hear him say, “I already caught a body by the age of 16.” He eventually told his mother in a phone call that he did physically touch the log, but continued to deny pushing it off of the cliff.

“I didn’t like push it off, but I moved the log with him, I pulled it out,” Buckley said. “I didn’t know he was going to kick it off though.”

“But a woman died,” his mother said.

Churchheus took a similar approach to his co-defendant: He denied kicking the log.

“I know I didn’t kick it,” he told investigators. “If I kicked it off, I’d know I would have kicked it off. I’m not trying to hide anything here. I’m giving you the answers you’re asking for.”

Miranda Spencer, who was 19 at the time of the incident, was recently charged with obstruction of justice. She previously testified that she did not remember who pushed the log off the cliff, but later said it was Churchheus. She said that the defendants “did it to be funny,” according to The Chillicothe Gazette. Buckley told Churchheus no one was below, she said.

“I know Jaden,” she said. “I don’t believe that he would ever intentionally hurt someone.” But she, too, claimed to have heard Churchheus bragging about catching “his first body.”

Hocking County Prosecutor Benjamin E. Fickle told WLWT in October 2019 that the suspects had had a month to step forward about the case.

A parent’s tip to Crime Stoppers had reportedly revealed the suspects’ involvement.

The defendants had separate sentencing hearings, so victim impact statements were delivered twice. Schafer was survived by her family members, including her husband Fritz Schafer, their four children, and her parents Jennifer and Richard Keup.

Perhaps the most powerful moment of the day. Fritz Schafer describes the last night he had with his wife and then accepts the apology Jaden Churchheus offered at the last hearing. #10TV pic.twitter.com/CybozHd5Q6

Fritz Schafer said he and the children agreed that Victoria would have wanted to “give these kids a chance.” The family accepted the plea deal.