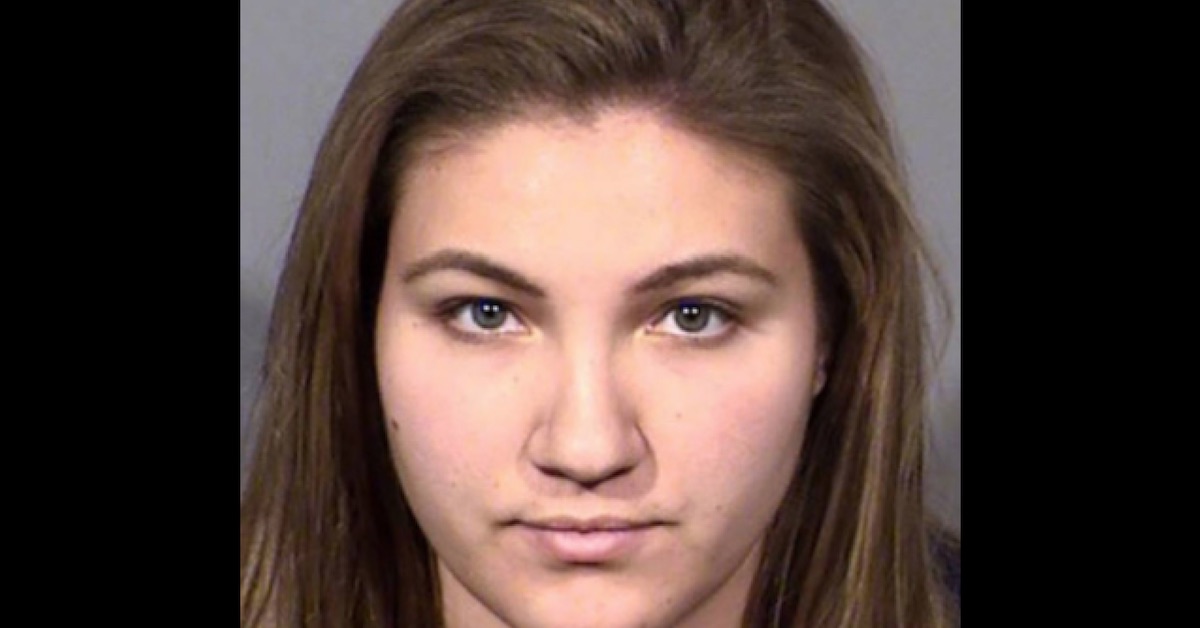 A married Nevada school teacher allegedly kissed a teenage student of hers–who allegedly groped her backside–during an incident at her home on Halloween night.

The visit lasted 20 minutes or so and the teenager insists that nothing else happened.

“I touched her butt, and that was it.” he reportedly told local investigators.

According to a police report obtained by the Las Vegas Review-Journal, 27-year-old teacher Breanna Hernandez kissed the 14- or 15-year-old student for the first time that night on her patio. Hernandez and her student then allegedly kissed again just a few days later during another tryst after the teacher allegedly drove to the student’s home, picked him up and brought him back to hers.

“I went through the back door again, we sat down on the couch, she started to look for something to watch, she laid on my lap, we watched TV and kissed,” the unnamed student told investigators with the Clark County School District Police Department.

The police report surmises that Hernandez began her relationship with the student sometime in September 2018 after the two allegedly began texting one another an unnamed third-party app. On November 7, a female student reportedly came across some of those messages after the boy logged into the app on her phone but then failed to sign out after he was finished.

“The messages led her to believe there was a relationship between [Hernandez and the teenage boy],” the police report said.

The report also notes that Hernandez and the teenage boy used their phones’ native texting capabilities and that the boy said they began hanging out together sometime in October, but that there wasn’t any physical contact aside from hugging until the alleged Halloween tongue kiss, according to local CBS affiliate KLAS.

The following series of text messages were later obtained by police:

Hernandez: Did you already ask if you can hang out with your friends?
Student: Yeah
Hernandez: You still gonna jump the wall lol
Student: Do you want me to lol
Hernandez: Yeah lol I can pick up you just gotta jump the wall to get in and leave so it doesn’t go on the camera

The high school teacher charged with two counts each of lewdness with a child 14/15, kidnapping, and luring.

Her bail was set at $5,000 which was posted almost immediately. She’s been ordered to avoid contacting the boy or his family and the school district has placed her on administrative leave.