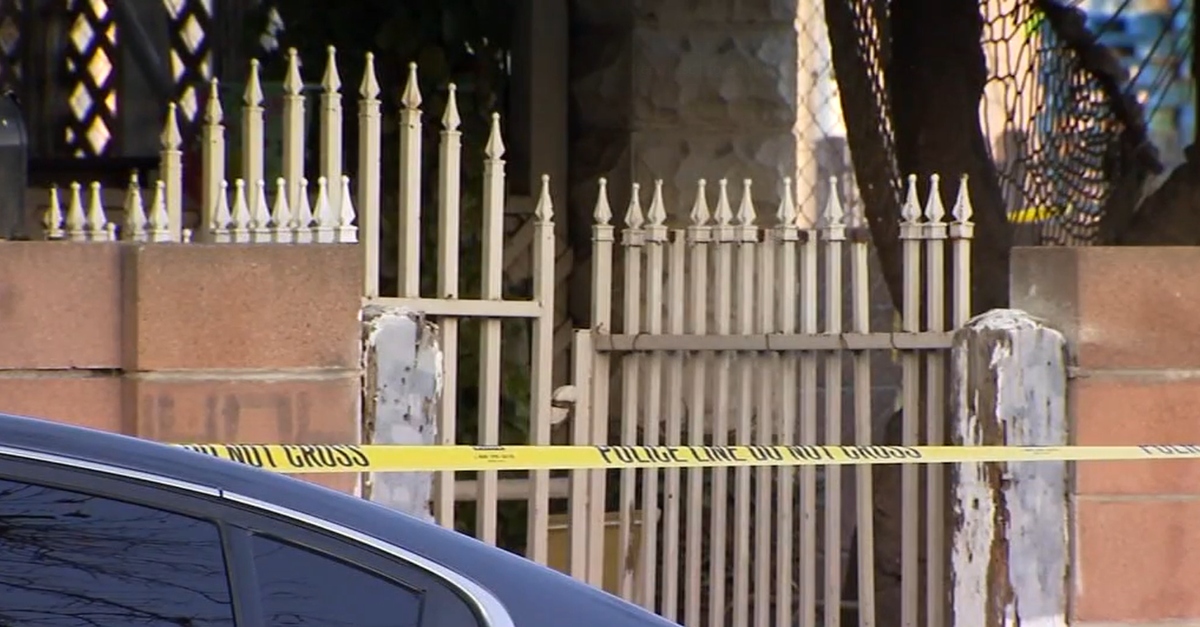 Police in Fresno, California say a man was shot and killed after an argument over the Super Bowl. Officials identified the victim as local man Frank Rojas, 24, according to KMPH.

Cops say they got a call right before noon on Saturday regarding regarding a man who had been shot by Tuolumne and B street. They responded to the scene and found the wounded victim, they said. He’d sustained a gunshot to the abdomen.

The victim claimed that a homeless man approached the barbecue on a bicycle and started arguing over the victim’s 49ers flags and decorations, police said. The confrontation was described as loud.

Things escalated. The homeless man allegedly pulled out a “makeshift gun” from his backpack, and shot the victim, officers said. Police said the weapon wasn’t a conventional firearm.

“It wasn’t a gun, but it was like a makeshift gun, so we are trying to determine what exactly it was,” Fresno Police Lieutenant Charlie Chamalbide told KFSN. He said preliminary evidence shows that shooter and victim were backing different teams.

The suspect has not been named. He has been described as a man in his 30s or 40s. Officers said they set up a perimeter, and witnesses helped them find the shooter at a nearby homeless encampment several blocks away.

The injured man was taken to the Community Regional Medical Center for surgery, but he was later declared dead and was identified as Rojas. The victim’s sister told the outlet that her family is shaken, and they request privacy.