Suspect Grabbed Officer’s Gun in Police Lobby, and Shot at Him: Cops 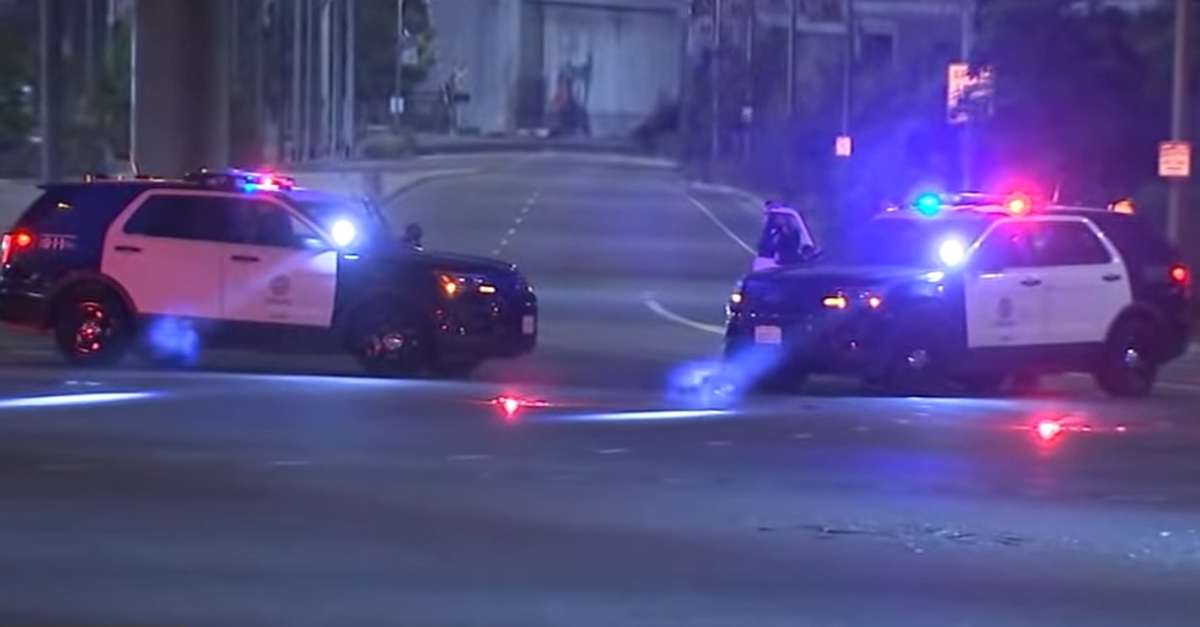 Police in Los Angeles, California described a dicey, but ultimately non-lethal situation at one of their offices on Saturday night.

They say a suspect entered the front lobby of the Harbor Station.

“The officer met with the suspect at which time the officer was assaulted,” they wrote on Sunday. “The officer’s gun was removed and he was fired upon, but not struck. The Watch Commander heard the commotion and responded to the lobby, at which time an officer involved shooting occurred. The suspect ran to a white pick-up truck and drove off.”

The officer was taken to a local hospital where he was treated for non-life-threatening injuries.

This is preliminary information, and is subject to change, as this is still an active and ongoing investigation.

The suspect was not named, but only described as a Hispanic man.

Sending my best wishes for a quick and full recovery to our @LAPDHQ officer injured in an incident at the Harbor Station tonight. The officer is in stable condition and we’re closely monitoring the situation.

Police chief Michael Moore said Sunday morning that the officer was in stable condition. Initial reports said that the official had been shot in the head.

“Spoke with officer at hospital,” he wrote. “He is resting and will be ok. Bumps and bruises. He was not shot. Harbor units responding pursued suspect and took him into custody.”

This happened the same day that a man allegedly fired at an off-duty officer riding a personal vehicle in the neighborhood of Reseda on Saturday morning. Officers are still looking for the suspect in that case. The officer in this matter was not injured, though his car was struck by bullets, according to the police account.

On September 13, two Los Angeles County sheriff’s deputies were ambushed while sitting in their patrol vehicle, as seen on surveillance video. They both survived, though one was reportedly shot in the jaw, and the other in the head. The suspect in that matter also remains on the loose.