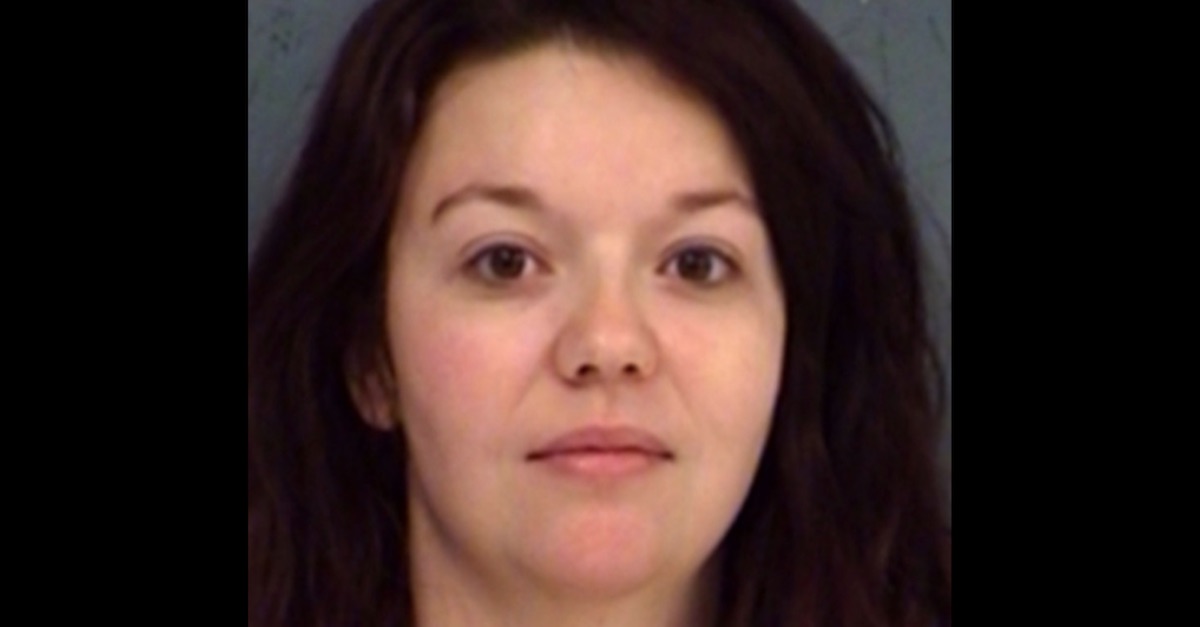 A corrections officer in Hopkins County, Texas who had already been accused of having sex with an inmate was arrested for the second time Thursday after investigators allegedly found damning video evidence of her with a second inmate.

Sinead Hagan, 27, was arrested on Jan. 3, when Hagan was first accused of having sex with an inmate. After the Texas Rangers started to look into this, investigators said they found video proof of Hagan having sex with a second inmate, Sheriff Lewis Tatum said.

Hagan was arrested again on Jan. 10, and now faces two charges of  improper sexual activity with person in custody.

Authorities said that they were actually looking for evidence regarding the first sexual encounter when they uncovered the second incident. It’s not clear at this time how much time behind bars Hagan could face. She is currently being held on $20,000 bond.

This is far from the only incident of its kind in recent memory.

Just the other day, Georgia prison guard Durell Malik Roberson, 20, was arrested and fired after apparently being caught on video having sex with an inmate. In December 2018, 45-year-old N.J. corrections officer Avril Richardson was arrested for allegedly having carrying on a relationship with an inmate — beginning in 2016 and continuing until she was arrested.

And who could ever forget Joyce Mitchell, the 51-year-old prison worker who admitted in 2015 to helping Richard Matt and David Sweat escape from the Clinton Correctional Facility in upstate New York? Mitchell said she performed sex acts on Matt and shared naked photos with him to give to Sweat. Per Syracuse.com:

In April, Mitchell said, she was alone with Matt in the tailor shop when he grabbed her and kissed her. “It startled me. He kissed me with an open mouth kiss. I didn’t say anything because I was scared for my husband, who also works for the facility,” Mitchell said.

In May, Matt asked her to perform oral sex and she so did out of fear, Mitchell said. On two or three other occasions, she said, Matt would come to her desk wearing a large coat in which he’d cut a hole so Mitchell could fondle him. She said she took photos of her breasts and genitals and gave them to Matt to give to Sweat.

Also in 2015, jail employee Jill Curry was sentenced to prison time for unlocking a door 13 times to have sex with an inmate in a supply closet. Curry would then claim that a female sheriff’s deputy previously had sex with the same inmate.