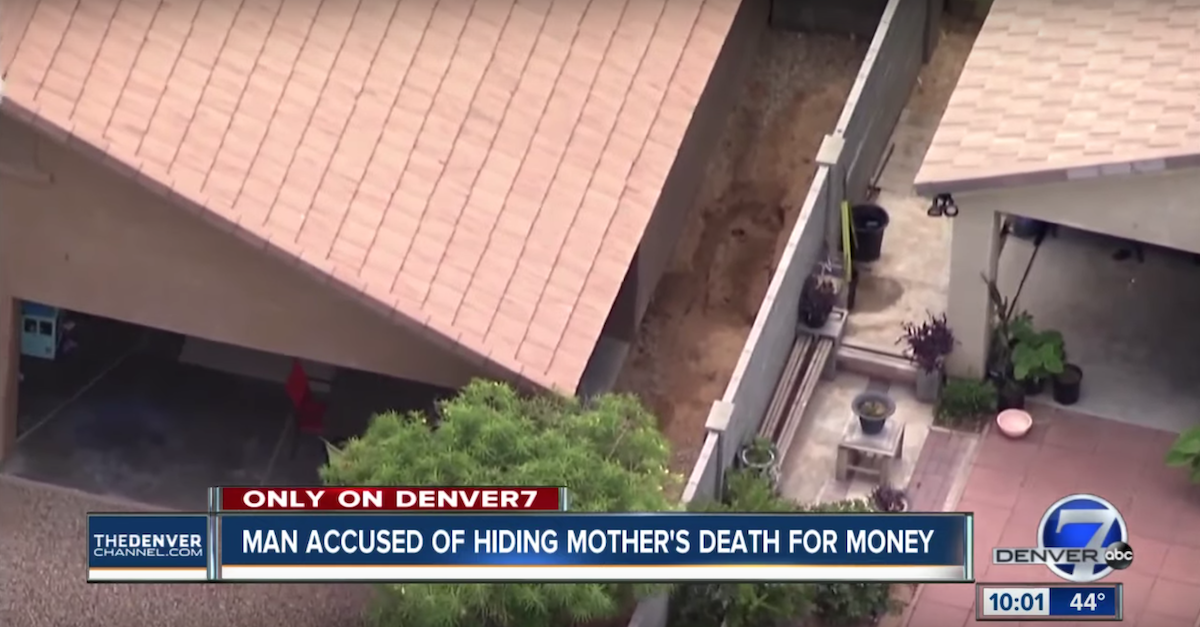 After Daniel Shannon‘s 97-year-old mother died, he allegedly buried her in the backyard so he could continue to collect her Social Security and Veterans Affairs benefits.

The Pinal County Sheriff’s Office put out a statement saying that Shannon, 66, of San Tan Valley, Arizona, was arrested on Wednesday for alleged fraud and improper disposal of a body. On April 5 someone called the sheriff’s office to report their concerns that no one had seen Leonie Shannon since Dec. 2018.

ICYMI: Daniel Shannon of San Tan Valley was arrested for improper disposal of his mother's body/fraud. @PinalCSO says Shannon buried his mom in the backyard because he wanted to keep collecting her Social Security/VA Benefits to help pay for the patent on his invention #12News pic.twitter.com/LeNVnJhKbD

Daniel Shannon allegedly told police that his mother left home four days before Christmas and that it was not the first time she had disappeared. He told the police that he did not want to report his mother’s disappearance because “they just started getting her VA benefits and did not want to report her missing on the off chance that she returned home,” the sheriff’s office statement said. The statement continued:

During the course of the investigation, Shannon’s story kept changing. When detectives questioned Shannon today, Shannon admitted that his mother passed away on December 21st, 2018. Instead of reporting it, he decided to bury his mother in the backyard so he could continue to receive his mother’s Social Security and VA Benefits. Shannon told detectives that he needed to keep getting the benefits to help pay for the patent on his invention.

The sheriff’s office said the investigation is ongoing and that Shannon could face additional charges.

Rich Shannon said that everyone knew that his brother was taking advantage of their mother.

“When the detective called the first time he said ‘we are looking for your mom.’ I said, well did you check the freezer?'” he said. Shannon added that his brother has “gone through over half a million dollars of my dad’s money. There is no money left, that we know of.”

Shannon told ABC Denver7  that his mother, a World War II decoder and science teacher, deserved better. “The karma gods have come back,” Shannon said about his brother’s alleged stealing of their parents money. “Hopefully he will go to prison for a while.”